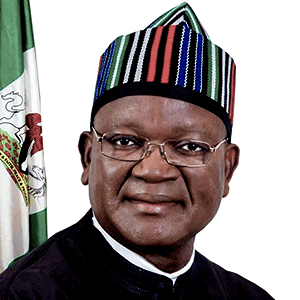 Elected Governor, Benue State - From 29th May 2015 to present

Ortom resigned as Minister of State, Industry, Trade and Investments in October, 2014 to contest for Governor of Benue State on the platform of the PDP. When he couldn’t pick that party’s ticket, he decamped to the All Progressives Congress, APC, where he eventually won the governorship election on April 11, 2015.

A Foundation that has retained the services of Bishop Murray Medical Centre, and Rahama Hospital, Gboko Road, in Makurdi for the free treatment of patients suffering from hernia and snake bites.

Married to Chief Mrs. Eunice Erdoo Ortom
And, blessed with 10 children and many grand children 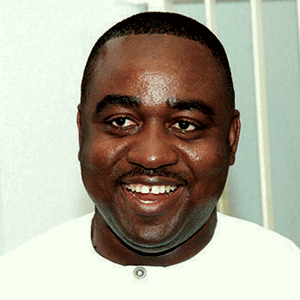 He successfully defended his PhD thesis at the University of Jos.

Married to Architect Yemisi Dooshima Suswam
And blessed with children. 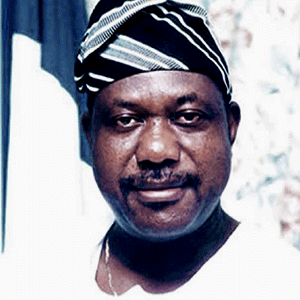 Governor Akume made his entry to politics as a registered member of the defunct Congress for National Consensus, CNC but after the sudden demise of General Sani Abacha on 8th June 1998, all political structures set up by the late General were dismantled, providing Akume with the new opportunity to actively participate in the formation of the People’s Democratic Party, PDP where he contested on the platform and won, becoming Benue’s fourth Executive Governor of Benue State.

Happily married to Regina Akume, and blessed with children.

Countries he has visited:

Military Administrator of Benue State from August 1998 to May 1999

Col Dominic Oneya, was appointed Military Administrator of Benue State in August of 1998 as he swapped places with Col. Isa Kontagora who took over in Kano during the transition government of Gen Abubakar Abdulsalami. His orders were to prepare a smooth handover to the incoming civilian administration.

He has been a key player in the sports sector as he was appointed the Chairman of Nigeria Football Association in year 2000.

He was born in Kontagora some 58 years ago in Kontagora LGA of Niger State. He was trained as an artillery officer in various military institutions in Nigeria and abroad.

Col Isa Kontagora was appointed Military Administrator of Benue State by Gen Sani Abacha from August,1996 to August 1998. During his two years stint in Benue, he completed the Arts Theatre complex started by late Gov Aper Aku with Engr Felix Atume as his Commissioner for Works. He opened up many areas in Makurdi, he also executed a lot rural electrification projects and small towns water schemes. He was redeployed to Kano State in August,1998.

He was retired by President Olusegun Obasanjo in 1999. He is a member of the ruling PDP in Niger State.

He was born on the 31st of March,1951 in Ikaramu, Akoko North-East LGA of Ondo State. He had his primary education at St Andrew’s senior Primary School, Okene, Kogi State in 1964. He then proceeded to Arican Church Modern Secondary School, Ikare and enlisted in the Nigerian Military School, Zaria, graduating in 1969. He enrolled into the NDA before becoming a pilot officer in the Nigeria Air Force in 1972.

On the 9th of December, he was appointed as the Military Administrator of Benue State by Gen Sanni Abacha, the position he held until August, 1996. Even though he stayed for almost three years, he did not achieve nothing commensurate with the resources and the period he spent.

Nothing is heard about Group Captain Obademi upon his retirement shortly after leaving Benue State.

Col Aminu Isa Kontagora, was born in Kontagora some 58 years ago in Kontagora LGA of Niger State. He was trained as an artillery officer in various military institutions in Nigeria and abroad.

Col Isa Kontagora was appointed Military Administrator of Benue State by Gen Sani Abacha from August,1996 to August 1998. During his two years stint in Benue, he completed the Arts Theatre complex started by late Gov Aper Aku with Engr Felix Atume as his Commissioner for Works. He opened up many areas in Makurdi, he also executed a lot rural electrification projects and small towns water schemes. He was redeployed to Kano State in August,1998.
He was retired by President Olusegun Obasanjo in 1999. He is a member of the ruling PDP in Niger State. 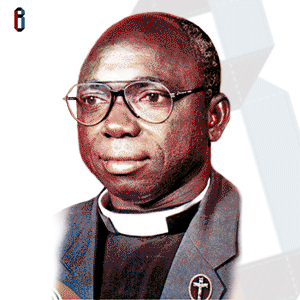 Rev Fr. Moses Adasu was elected Governor of Benue State on the 2nd of January, 1992. His tenor of two years was very impactful on the citizenry.

In 2002, he resigned from the ICPC to contest 2003 governorship election on the platform of the Alliance for Democracy, AD but failed to clinch the position as he lost to incumbent, Gov George Akume of People’s Democratic Party, PDP. He died on the 20th Nov, 2006 and was Post humosly honoured with a doctorate degree by the Benue State University.

General Ibrahim Badamosi Babangida, IBB appointed Lt Col Fidelis Makka, Military Governor of Benue State between July 1988 to January, 1992. He was very energetic and committed to transparency. He completed many projects started by Gov Aper Aku. He completed the stadium, built and completed IBB Square in Makurdi. He completed all the 8 general hospitals started by Aku. He also built a befitting library in Makurdi, built women and children centre. He also constructed some township roads and executed some electrification projects.

Military Governor of Benue State from December 1987 to 1988

He was born in July, 1947 in Gulu, Lapai, LGA in Niger State. He attended Nigeria Military School (1963-67). He proceeded to the Nigeria Defence Academy and was commissioned 2nd Lieutenant in 1968.

He was appointed Military Governor of Benue State in 1988. He too stayed briefly and therefore could not achieve much.

He was appointed Military Governor of Benue State in Sept 1986 and by Dec of 1987, he was replaced. He too did not achieve much because of the short period of his rule.

He held many other military command and staff positions. These include, company commander and battalion commander in the infantry during the civil war. He was appointed commander 41 Engineers Brigade, Kaduna, Senior Operations Officer, Operational Engineering. He served in UNIFIL peacekeeping in Lebanon (1980-81), Directing Staff at CASC, Jaji (1981-83), Colonel, General & Army Headquarters. In 1987, he was appointed Field Commander of ECOMOG in Liberia. His last military assignment was Principal Staff officer to the Chief of General Staff, Lt Gen Oladipo Diya. He retired and quietly enjoying his retirement.

Military Governor of Benue State from August 1986 to September 1986

He was born in Zuturum, Zagon Kataf LGA of Kaduna State in 1948. After completing his primary school, he enrolled as a private in the Nigeria Army.

Due to his hard work, he gained admission into the Nigeria Defence Academy and was commissioned 2nd Lieutenant. He saw action during the Nigerian civil war. He held many other posts including Colonel General Staff, 2nd Mechanized Division, Ibadan. While in Ibadan, he read law at the University of Ibadan and completed his studies at the Nigeria Law School and was called to the bar in 1985. In 1985, he was appointed Governor of Gongola state, now comprising Adamawa and Taraba states.

In August 1986, he was appointed Military Governor of Benue State and by the next month, he was out. Understandably, because of the brevity of his tenor, nothing tangible is attributed to him.

He retired in 1986 and went into private legal practice in Kaduna. He helped a lot of low income people with free legal services. His most notable case was the treason case involving Gen. Zamani Lekwot. He later joined the PDP as legal advisor. He died on the 21st of May, 2006 after a brief illness in a London Hospital.

Military Governor of Benue State from August 1985 to August 1986

He was born in Du district of Jos South LGA,Plateau State on the 13th March,1944. Had his primary school in Foron COCIN Mission School and proceeded to Kuru Science Secondary School which he completed in 1964.

He enlisted as an officer cadet at the Military Training School, Kaduna. He proceeded to Uertesen in the then, West Germany for flying training (1965-66) and further training at the Nigerian Defense Academy. He was Commissioned 2nd Lieutenant in 1969 and promoted Lieutenant in 1970. He immediately went to Denver,Colorado, USA for Supply Operations (Logistics). He was promoted to Captain in 1972 and Major in 1975. In 1975, he was promoted Wing Commander and served in many formations.

In August of 1985 he was appointed Military Governor of Benue State by the Gen Ibrahim Babangida. He served for barely one year but made some achievements in the area of township roads in Makurdi and he improved the welfare of civil servants. He was transferred to Gongola State in August of 1986.

In 1990, he voluntarily retired from the Airforce with the rank of Air Commondore. He enrolled for a Bachelor of Divinity at Theological College of Northern Nigeria in (2000-2002).

In 2007, he successfully contested and won the governorship seat of Plateau State on the platform of the Peoples Democratic Party (PDP ) and reelected in 2011. He is providing quality infrastructures in his state in spite of the distraction by religious fanatics & settlers.

Military Governor of Benue State from January 1984 to August 1985

He was born in Mbatyrev, Gboko local government of Benue state on3rd January,1941. He attended Government College Katsina Ala (1956-61) for his secondary school education.

He participated in Major Kaduna Nzeagwu’s coup of 1966 which failed but led to the emergence of Gen Ironsi as the head of state.

He was appointed the Governor of old Anambra state in March 1976-July 1978 by the Obasanjo’s military administration. He also appointed Commandant, Army School of Engineers Headquarters and then, Director of Manpower, Army Headquarters.

On the 4th of January, 1984, he was appointed Military Governor of Benue State. He was better known for strict enforcement of the sanitation edict as soldiers flogged citizens who flouted orders. He was said to have met the treasury empty and left empty. 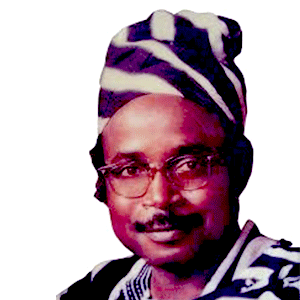 Twice in 1974, he wrote petitions against the then Military Governor of old Benue – Plateau State, accusing him of nepotism and financial wrong doings and filed affidavits to that effect. Gowon however dismissed those allegations and instead ordered for his detention. Fortunately, General Gowon’s successor, Gen Murtala vindicated him by establishing the veracity of the allegations.

Governor Aku and other civilian administration in Nigeria were swept away by the military coup of General Muhammadu Buhari in 1983, he was detained after the coup and later released by General Ibrahim Babangida’s Administration.

Due to the long history of neglect of our beloved home, Benue State, Governor Aku was faced with lots of challenges of poor infrastructure on ground.

He initiated and executed a lot of projects, these include:

Governor Aku’s administration witnessed the successful holding of Benue’s first trade fair organised by Benue State chambers of commerce with great assistance of the Ministry of Trade and Industry.

Military Governor of Benue State from July 1978 to October 1979

He enlisted in the airforce in 1963 and was trained as a military pilot in West Germany in 1964. He served as base commander in Port Harcourt, Kano and Makurdi.

He was appointed Military Governor of Benue State in 1978, the position he held till he handed over to the civilian administration in October, 1979. He did not initiate any new projects probably because of the transition and the brief period of his tenor.

Military Governor of Benue State from March 1976 to July 1978

He was commissioned 2nd Lieutenant in 1965. In 1973 he was at the Forth Leavenworth, Kansas, USA 1973-1974 and appointed Colonel, General Staff in Hq. 2nd Infantry Division, Nigerian Army, Ibadan. He participated in the July,1975 coup that ousted Gen. Yakubu Gowon and was appointed , Principal Staff Officer, Supreme Headquarters, Lagos.

General Murtala Mohammed appointed Military Governor of Benue State on the 3rd of February,1976. He had a difficult task of creating a functioning state machinery with an ethnically mixed and politically dissatisfied population. Among his achievements, he built houses for civil servants and established schools and colleges including Murtala College of Arts & Science. He initiated Benue Breweries in Makurdi, Idah Sanitary Wares Industry, Otukpo Burnt Bricks. Most of his establishments took off on temporary sites, thus piling up problems for future administrations. He was seriously criticized for destroying the mini Makurdi Stadium.

He’s since retired and playing active role in Arewa Consultative Forum, a socio-cultural organization and an elder of the ruling PDP in his home state of Adamawa.