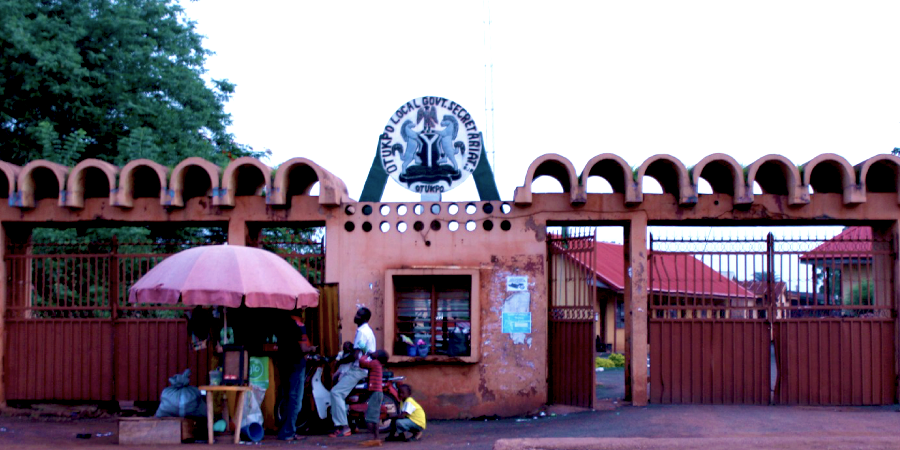 Otukpo local government area and is also home to the Och’Idoma Palace. Otukpo Town is a metropolitan town and the most developed place in Idoma Land of Benue State, and the oldest in the area.

Aside from Idoma people, there are communities of other Nigerian tribes such as:

Most members of these communities have lived long enough in Otukpo Town and have made it their home thereby becoming Idoma through settlement.

The people of the Otukpo local government area predominantly speak a dialect of Idoma language except for the Akpa people (found around Otobi – Allan axis) who speak Akweya language.

Residents of Otukpo Town are predominantly Christians and Muslim but unlike other parts of Nigeria, followers of the two religions have lived together in peace hence the reputation of Otukpo Town as a peaceful and friendly place to live.

Otukpo Town is mainly inhabited by civil servants, it is also a vibrant commercial town. The main market attracts a huge number of traders and visitors from neighbouring towns and villages on a daily basis. Other commercial activities in the town include:

The local government area has large reserves of kaolin with the potential for commercial exploration in addition to the large deposit of clay soil which has given risen to clay brick cottage industries in the area.

Otukpo is linked by road to the rest of the country via a trunk A road from:

Road transportation to and from Otukpo Town is via commercial bus and taxi services.

The Port Harcourt to Kaduna railway line also passes through Otukpo Town with a railway station in the town.

Major commercial banks with branches in Otukpo include: