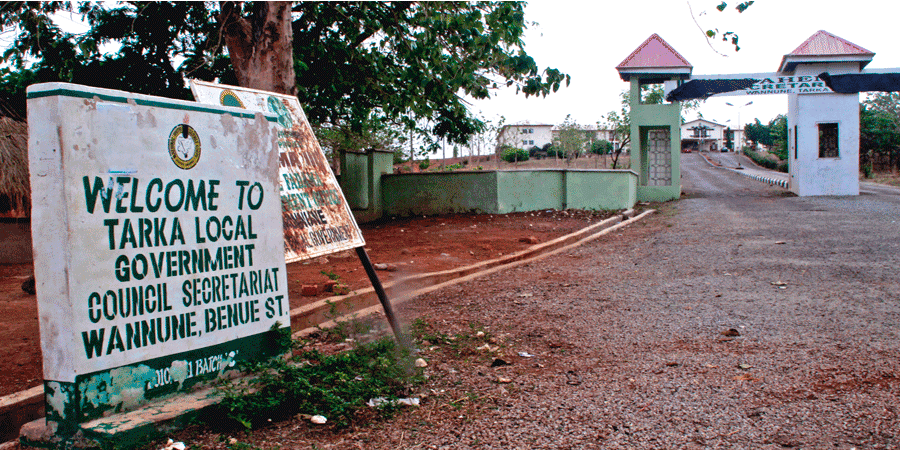 The local government area is named after Late Chief (Dr.) Joseph Sarwuan Tarka, a renowned Mbakor born front-line Nigerian nationalist and fighter for minority rights. This development was intended to immortalize the name of the senator.

The original inhabitants of Tarka Local Government Area are the Mbakor of Tiv ethnic extraction. They are of Jemgbagh parental lineage. The creation of the local government attracted other ethnic groups to the area, who have come mainly for trade and public service jobs like the police, immigration, the State Security Service, as well as other state jobs.

The relief is characterized by low-level land and guinea savannah vegetation with fairly tall sparsely grown trees and grasses. The vegetation of the area favors the growth of both root and grain crops simultaneously. There is also large vegetable production. As a geographical microcosm of the Nigerian superstructure.

The Local government Area lies in the transitional zone between the North and South of Nigeria.

Tarka has a land area of about 377.679 square kilometers

Are nucleated in the fast-growing peri-urban centres such as:

Agriculture is the main economic activity of the Mbakor people.
About 95% of the population of the entire Tarka Local Government is rural with a density of about 213 inhabitants per square kilometre. The settlement pattern in the area like any other Tiv-speaking areas of the state has changed in compound or village settlements to isolated hamlets settlement type in search for agricultural land hence this increase the territory for the use of land by the family.