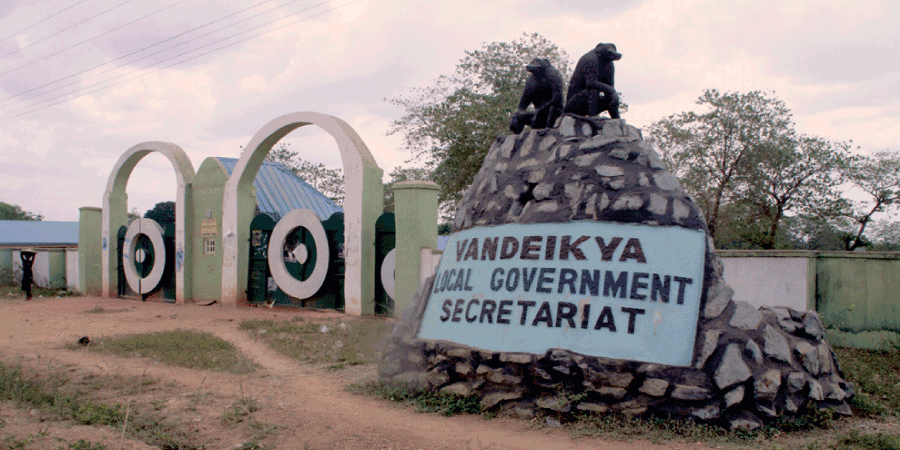 Vandeikya local government people are the descendants of one great ancestor; Achira or Jechira. The second name of Jechira is Ikyor who had three sons. The brothers usually met on top of the rock across Aya River in Vandeikya to discuss matters of common interest. The common venue is known as Vandeikya or the rock settlement of baboons or monkeys as is evident on the logo of the local government.

The name ‘Vandeikya town’ derives its name from this rock settlement of baboons or monkeys where monkeys are/were always seen playing.

Having 23o polling units across the 12 council wards or districts, Vandeikya local government has Kyan and Tiev state constituencies.

These include the Trunk ‘A’ federal highway that links Cross-River State through Ogoja to Katsina-Ala and other parts of the North like Taraba, Adamawa, Yobe and Borno States.

Also in place is a modern general hospital, missionary hospital, and local government clinics spread all over the pipeline.

Other markets that supplement the revenue potentials of the major markets are:

These sources generate substantial internal revenue for the local government.