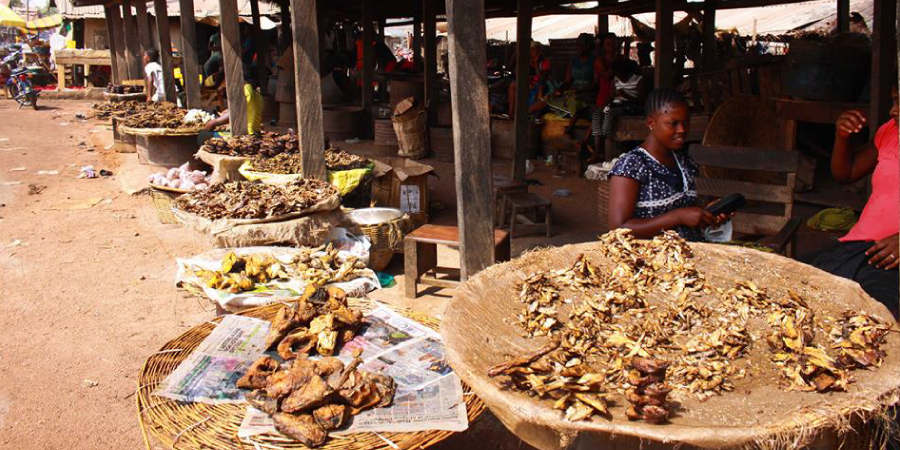 Gboko Local Government area comprises of 5 districts which have several markets scattered all over the districts.

These districts have fertile lands that favours different crops produced and these results to the products sold in the market of such districts.

Details of Markets according to their districts:

A brief history of Akpagher Market:

Akpagher is the Headquarters of Mbatyav district in Gboko Local Government. As a result of the headquartership at the era of Zaki (Tyoor, Chief) Akpagher Adigyuve, the market was named after Akpagher because of the respect for chiefs at that time.

The market was sited because as a headquarter, people from all areas across the state and the nation will come for settlement which will enhance transaction.

Akpagher Market is located in Gboko West constituency in Gboko Local Government area, it is the major market in Mbatyav, which buys after five days.

Many buyers and sellers come to the market with various products and services which include:

The market is sited along Gboko – Aliade road where it attracts many other farmers in areas like Ikpenger, Ikpah, Luga mbatyav, and Ikyumbur among others bring their produce making the market major products to be yams and soya beans, along side the manual manufacturing of aluminium pots bringing the rise to the production of aluminium pots(Jogobi) as another major products.

The many and cheap sale of yams, soya beans and aluminium pots brings people all over the state and beyond for the purchase of these products.

These markets occur after every five days with Akpagher as their main market. All these markets sells various agricultural products in smaller quantities to merchants who resell the goods in large quantities to people in Akpagher market.

The major produce of Mbatyav district are:

These markets occur after every five days with Ikpah as their main market.

The main products sold here are:

The major products sold here are:

The major produce in these market are:

A brief history of Ortese Market:

Ortese is located in Gboko East, and outskirts of Gboko main town, along Gboko via Ameladu road

The market comprises of of both young and adult sellers and buyers with commodities like:

These markets buys after 7days.

Their main product are:

Mostly craft work such as:

It is because of different ideologies of settlement. For example: a district may try to restrict its indigenes from patronising a market in another district.

To protect the interest of the their communities. Example, revenue gotten from other markets are pulled to their own market, revenue like levies from local goods.

More so, in each district there is one major market fixed in such away that no feeder market will fall with it.

Why Many Markets In The Gboko

Gboko local government is a large local government area in Benue State with people spread all over the districts, therefore the markets are at different days to help transaction and congestion of people because you can not expect people to move their produce from Ikpa in Mbatierev to Ortese in Ipav to sell.

Items Sold In The Market

Hence Gboko is predominantly consists of farmers. The main items sold are farm produce which include:

Other traders brings: Maggi, Clothes, Salt, Oils, Cosmetics and others to satisfy the Gboko people that have brought their items for sale.