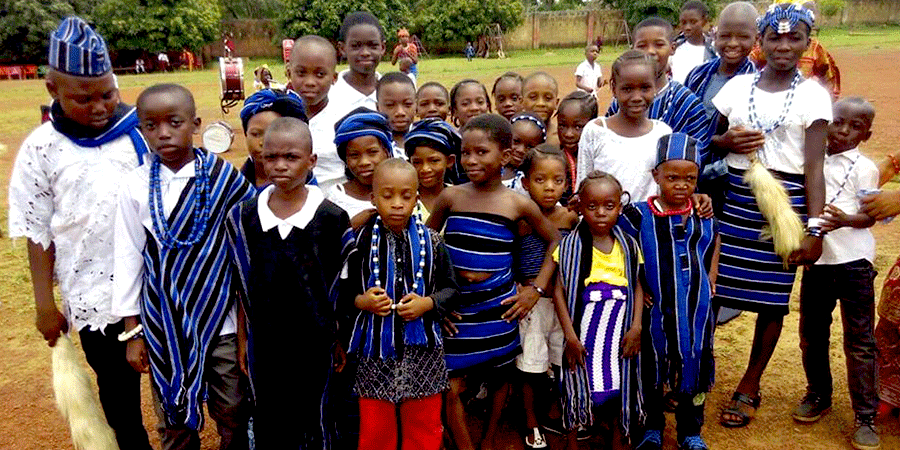 Igede Is Not Idoma, We Are Not Historical, Biological Or Culturally Related

Adirahu Igede: Who is afraid of Igede?

Suffice to begin this piece by stating from the get go that Igede are a unique people.

Attempts are constantly made bundle us under some larger interest but it’s important to note the fact that Igede is unique and should always be treated as such.

This fact has been the crux of the struggle for self actualisation for the Igede people especially independence from our neighboring Idoma and it’s traditional and political oligarchy. It was important to begin there and establish very clearly that Igede cannot be summarised under Idoma because we are not historically, biologically and culturally related. We may share boundaries but we are not the same. Whilst the Idoma are traceable to the Kwararafa dynasty, Igede trace their origin to present day Edo state.

The first person to probably give this ideology serious attention was the late Fr Moses Orshio Adasu, the second civilian governor of Benue state. Being from Konshisha local government area which has indigenous Igede, he was probably conversant with this view and his leadership provided an opportunity to liberate the Igede. He was the first to moot the promulgation of chieftaincy laws in the state that will liberate the Igede and establish for us a separate traditional arrangement separate from the Idoma and hence our own first class chief, the Adirahu Ny’Igede.

This piece will not be complete without the history of the Igede and the seat of the Ochi’Idoma, the traditional head of Idoma and Igede as it were. Following the death of the Och’Idoma I, HRH Ogiri Oko, the 22 district heads within Idoma met and chose Ajene Okpabi as Och’Idoma II even though he was from the minority Igede tribe. He had lived with and served his predecessor and even married his daughter, enough to be treated as part of the family but his selection as Och’Idoma was met with objections from some quarters and these objections were based on the belief that the Igedes are not Idomas and as such someone considered a “stranger” should not ascend the throne of Och’Idoma.

Despite the early challenges, the leader in Ajene Okpabi saw him overcome them and he would go on to reign for 35 years but this arrangement was never going to repeat itself again. Subsequent years of agitation for the Adutu Igede, the highest ranking traditional ruler in Igede, to be upgraded to the status of the likes the Tor Tiv (Tiv ruler) and Och’Idoma looked bleak but the seed planted by former governor, Moses Adasu in creating the Chieftaincy of the Adirahu Ny’Igede was watered by successive civilian administrations of former Governors George Akume and Gabriel Suswam, and given increase by His Excellency, Governor Samuel Ortom to what we have today.

God willing, tomorrow, the entire Igede nation would gather to actualise our years of struggle and produce a traditional leader in substance of the Adirahu Ny’Igede. However, in the words of Amit Kalantri

“the beginning in itself has no value, it is an end which makes beginning meaningful, we must end what we begun.”

It will be important to carry out tomorrow’s exercise in the spirit and doggedness that characterised our struggle over the decades as it is not over until it’s over. The forces that plagued us all through our history have not stopped at anything to ensure that we still loose it, even at our point of collective victory. As it is a victory for us, it’s also a loss for others who would stop at nothing to subvert our joy for their personal aggrandisement.

During a meeting held at the Palace of the Och’Idoma in Otukpo a few months ago to deliberate on how best to implement the amended Chieftaincy laws, HRM Agabaidu Elias Ikoyi Obekpa, the Och’Idoma expressed strong reservation about the laws, saying the continuous agitation by the Igede for a separate traditional institution is a threat to unity and asked well-meaning sons and daughters of the land to rise against it.

“I wish to point out the disturbing and consistent agitation, by the Igede of Idoma east, to have an “Igede nation” differently from the larger Idoma nation. This agitation,which is threatening the unity of our dear kingdom, should be discouraged, most especially, as the Igedes have never suffered any form of marginalization in the midst of their Idoma Brothers and Sisters.”

Like I said earlier, our collective victory and self actualisation is also a loss for those who enjoy the perpetual dwelling of Igede under their myopic political interest at the detriment of the larger good of the society. And it is alarming to what extent they can go, even recruiting our own brothers in the plot to subvert decades of Igede agitation and the goodwill of the people.

This was palpably evident on March 10th when the scheduled selection of the Adirahu Ny’ Igede held in Oju was botched after government officials who were supposed to midwife the process began to make attempts at subverting it which prompted agitation by the youths. These individuals who internal collaborators claimed to be acting on higher orders from the seat of power in the state, but in a clearly discordant outcome, the state governor, Samuel Ortom made it clear that he has no interest and hence no anointed candidates in the race. When some tried to suggest a move of the exercise to Makurdi as against holding it on Igede soil, he was the first to rebuff.

With all these overtures to overturn our collective progress, one is tempted to ask at this juncture, “who is afraid of Igede and why?” The answer still lies in our spirit, doggedness, strength and resolve to move forward in the right direction. It is my belief that this resolve will once more shine through tomorrow. In the end, whether it will be Professor Johnson Onah, CP Oga Ero or Dr John Ochelle who emerges, it is my prayer that the Adirahu Ny’Igede will be a strong pillar and rallying point for all of us, and a propelling force to pull our race to where we want and ought to be.

42 thoughts on “Igede Is Not Idoma, We Are Not Historical, Biological Or Culturally Related”