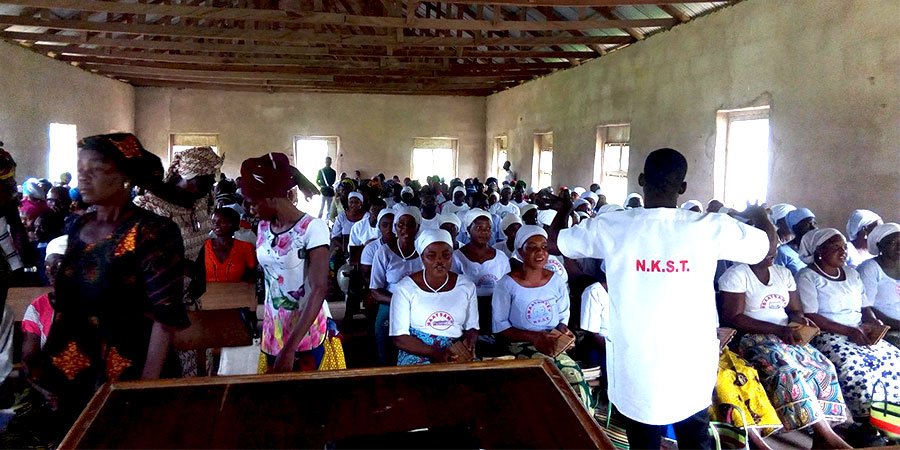 NKST Church: Is It Really Indigenous?

I knew the NKST church to be a Tiv church but it seemed my knowledge was limited when I discovered the NKST Church in Abeokuta and not just that it was located there but was dominated by the Yoruba. I was propelled to upgrade my knowledge of this church. You may think I am promoting a church, so let me first and foremost declare that I am not a member of the NKST.

I am proud of this church and I know you are too just for the fact that it is a Benue thing!

According to the Wikipedia, NKST stands for “Nongu u Kristu u ken Sudan hen Tiv” which is interpreted “Church of Christ in Sudan among the Tiv”, a Christian Reformed Church based in Nigeria. The Church has its headquarters in Benue State but has spread all over Nigeria. The members are predominantly the Tiv speaking tribe but other tribes in Nigeria belongs to this church. Its present headquarter is located at Mkar, Gboko LGA of Benue State. The church is the fruit of missionary work undertaken by the Dutch Reformed Church in South Africa. It began fully in 1957 and it is believed to have been very instrumental to the translation of the Bible into Tiv, a work which was completed in 1964.

The NKST Church has a synod that meets twice a year and also has six institutions of higher learning which includes The Reformed Theological Seminary Mkar, Reformed Bile College Harga, School of Nursing Mkar, College of Health Technology Mkar, School of Laboratory Sciences Mkar and The University of Mkar.

As of 2012, the church had 900000 members spread across the country, 472 pastors, 3891 churches, 9 hospitals, 123 primary health centres, 50 secondary schools and 500 primary schools. with Rev. J.T. Orkuma as the president of the Church who is serving his second term. The General Secretary is Rev. J.M. Iornenge assisted by Rev. S.I. Atim Daa. The church has about 20 different departments such as Media, Mission, Education, Agriculture, Works, Diaconal Ministry, Sunday School, Choir etc which are headed by well dedicated Christians. The church is currently revising the Tiv Bible. It has also recently started a Mission Station near Abeokuta in Ogun State with the aim of reaching the Yoruba tribe with Reformed Faith.

I am proud of this church and I know you are too just for the fact that it is a Benue thing!