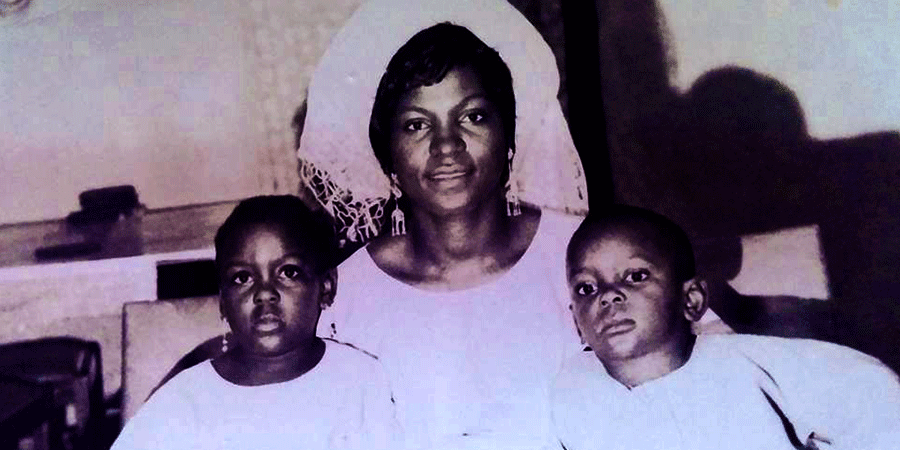 ‘Precisely 1970, We Were Living In Paradise In Benue State’ – Bula

I was born in the post civil war era of Nigeria. Precisely, 1970. When suspicion, lack of trust and dread amongst ethnic nationalities, tribes and religions was supposedly at its highest; where nepotism was the order of the day but never did I see or ever imagined we as a Nation would get to the abyss of this dreaded nation divider as we find ourselves today.

I grew up in a mixed neighbourhood of Wadata in Makurdi. Neighboured by Jukum, Agatu, and Hausa Muslims on the one hand and Ibo, Yoruba and other ethnic minority Christians on the other. Not forgetting the indegenous Idoma, Etulo and Igalas.

Even with the tensed suspicious living of the early post civil war, compared to our lifestyle now, we were living in paradise.

A few sweet fond memories of the then lifestyle, I will reel out here and i believe those in that generation would agree with me and even add up where and what i have left out.

Christians did not cook on any of the Sallah days because our muslim neighbours would compete with choice meals to take care of our feeding. These sometimes ran for days. I still remember with relish, the hausa white rice and special stew in those lovely plates reserved only for use on such occasions. It was the other way round to the Muslims on Christian festivities like Christmas, Easter etc.

Christians were not left out in catering for the unmarried muslims during ramadan. I still remember the early morning shouts of ‘akwai goro anan?’, meaning, is there any bachelor around? So that he could be catered for before sunrise.

Emeka was our community doctor. He ran a small drugstore that is customary with the Ibos. He had access to our homes and was practically a member of the family. And the local photographer? Cant remember his name. He would use colour markers to make your black and white picture coloured. Both Emeka and the photographer were stars and heroes of the then Benue Crescent. They changed bikes as new models came into the market and do some stunt riding to the admiration of everyone.

My Muslim friends, Husseini, Ahmadu and their elder brother, Maigodo were a delight. They were more adventurous and daring. We would sneak to the river Benue and they would persuade me to join them in a swim. They were from the fishing family and so very good at swimming. I Never tried it and still dread the waters to date. We would eat in same plate in both homes and even sleep over when necessary. I Never knew their ‘Muslimness’ to date.

Theft and armed robbery was alien. While going out, you could leave the house keys in either Emeka’s shop or with the muslim families so that anyone who got home first would go and pick it up there.

I remember the first air condition installed in my mothers bedroom was given to us by Alhaji Lawal Imam. It was a window unit. We all gathered to see how the wall was broken to get it fitted. Alhaji Lawal and Alhaji Gwargwada where a household name and philanthropist. Very willing and able to support irrespective of religious leanings.

When I got admission into airforce military school Jos, I was taken to Gwargwada who prayed blessings. And a banquet of sort was organised. We all ate, drank, and celebrated.

Ministers and commissioners then were servants. They would come right to your house to see to your need and challenges. Our small house on 104 Benue Crescent was a hub of sort. And these government officials who were related to us in one way or the other would come in periodically to check on our welfare. Elizabeth Ivase, late Aloisious Ikper, Late Ataninius Angereke, Eugene Amaju, etc were a house hold name. And when they did come, they whole community would benefit from their largesse.

In Military school, my best friend and partner in crime, Abdullahi Maibe, was a muslim. I only got to know his state of origin when we were bragging about local football clubs in our domain and the BCC Lions of Gboko got into the challenge cup finals in 1985. He now mentioned his local club, Stinging Bees of Potiskum. Then I asked where that was and he said Bornu. That was after five years of friendship! I would run to the local mosque and pretend to be praying in order to dodge ‘putty’, Maibe would give me his ‘chesbi’ for authenticity.

It was not until I left military school that i got to know that Solomon Wayo and Joseph Wayo were from Benue State, let alone Tiv!

That was the Nigeria I was born into.

Leadership was for service not for domineering. Not a status symbol. Not an ego strip. People got into leadership positions on merit and thus exhibited same in like fashion. Elections were contested, won and lost by the people on behalf of leadership not the other way round. There was no manipulation or imposition or supplanting tendencies. Then the elected officials; President, Governors, etc were answerable to the party chairmen at respective levels and the party was funded internally. Even as at the supposed Shagari failed republic, Nigeria was still a country.

Where and when did we derail?

When? I cannot place a mark. But where? I can try to assume.

Interchange of political positions and leadership. Governors and Presidents are now leaders of party. They usurp the powers of the party chairmen with funds at their disposals and push party discipline to the background. These same Governors and presidents have also invaded the churches and mosque rendering morals and deitical worship useless with money. Our Pastors/Priest/Imams are all bought over and have become mouth pieces of their various support bases, truth and fear of God is now history. Through this medium, the present crop of leadership has succeeded in dividing followership on faith and religious lines making it impossible to assess a quality leader without mention of his faith beliefs.

Our traditional institutions are also awash in this end game of mouth first. Thus we have lost focus and every moral string that holds a society together destroyed.

We have never seen it this bad, not even at the peak of post civil war Nigeria were we at this so low an ebb. The naira is today exchanging for over 200 to a dollar! We, an oil producing nation, cannot refine even a barrel of crude. Whereas, during the civil war, the Biafrans had small refineries to maintain its fleet. Our railway and road systems are only a figment of analytical configuration without realistical application. But we say it is well! We must collectively be a very sick people.

Bishop Oyedepo in one of his publicised sermons shouted hoarse; “must the north continue to rule?”. But if we may ask? When last was Muslim North in the helms? Since before the Millenium. 15 unbroken years, yet we are edging further down with no glimmer of light at the end of the tunnel. Divide and rule has taken precedence and we are today a battered and shameful country amongst the comity of Nations. We must be a sick people. Collectively a very sick people.

Some of our finest soldiers, officers and men have been sacrificed on the political altar of a rag tag army in a useless war that has been on for over four years without any headway to success. But we now cancel elections on the pretence that we can dislodge the dissidents in six weeks.

Nigeria, we hail thee. I don’t know how I will tell my children that I started primary school at the then Arabic primary school, whose headmistress was a Christian and we are were we are today.