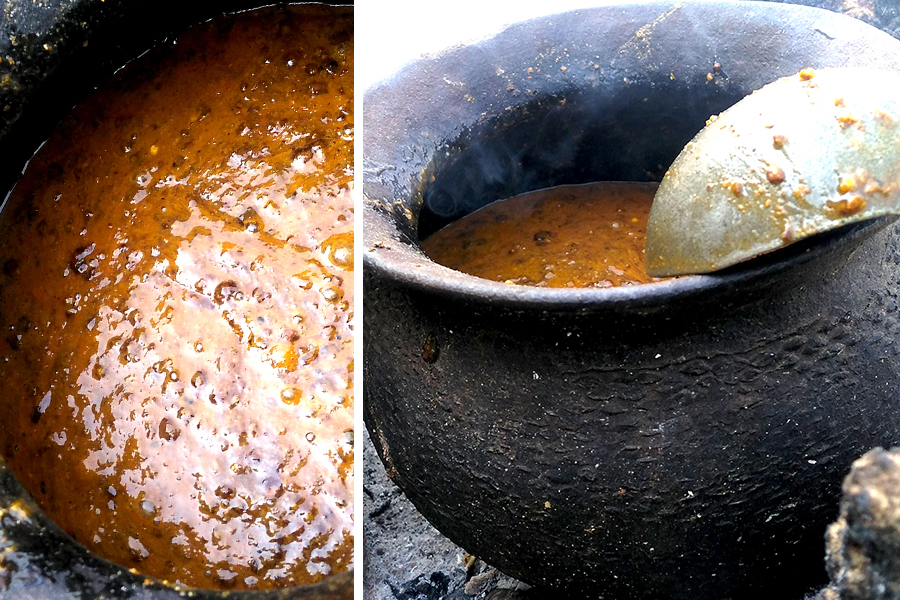 Genger Delicacy, Its Healthy Benefits And How To Prepare It

Have you ever had something so delicious to eat that you want to eat it again a trillion times?! Anna Thomas once said “we all eat, and it would be a sad waste of opportunity to eat badly.”

There is a special native Tiv delicacy called “genger” and it is a soup that is derived from a tree called ‘kon u genger’ in Tiv language. It is known by its botanical name as Bombax costatum from the family of Bombacaceaeand its common names are: ‘red-flowered silk cotton tree, red kapok tree or silk-cotton tree.’ It is a deciduous tree that grows usually reaching a height of 5 – 15 m. Its flowers sprout and blossom during the dry season. The sprouted flowers are usually red in colour and are attached to a fresh green flower spine or flower butt, the flower butt becomes dark when dry. The tree also has a thick thorny tree trunk which makes climbing it an impossibility. Bombax costatum is a multipurpose tree as it proves to be effective in the production of food, fibres, oil, timber, medicine and much more. However, bombax costatum, ‘kon u genger’ would be discussed as a delicacy only with its method of preparation duly explained.

As earlier noted, genger is derived from a tree called kon u genger during the dry season in December; when the red flower petals fall off from the deciduous tree after its ripening, people hang around the tree and pick up the fallen petals since the tree cannot be climbed. When the red fallen petals are picked, then the separation process begins and this is the most important procedure since the flowers are completely neglected and thrown away. The green ‘flower butt’ (if fresh), or the dark flower butt (if dry) is pulled out from the flower and the flower is discarded while the flower butts are made to sit on a long stick or is collected and put in whatever material that is brought for that purpose. It could be: a bowl, a bucket, a polythene bag or whatsoever.

Subsequently, the collated flower butts are dried under the sun so as to become crispy and at this point, the flower butts changes its colour under the sun’s scorching rays to dark.  When it is completely crispy, it is then pounded into a powdery form; it is the powder that is then prepared as genger.

The various ingredients that are combined to make up the delicious genger soup are mostly traditional ingredients and they are listed in the box below.

Following the above method of preparation, anyone who wishes to prepare this special delicate delicacy can successfully do so. Francois de la Rochefoucauld rightly said: “to eat is a necessity, but to eat intelligently is an art.” Thus, the genger delicacy is a healthy way of eating intelligently; one would wish to eat this a trillion times…ready to try?

3 thoughts on “Genger Delicacy, Its Healthy Benefits And How To Prepare It”