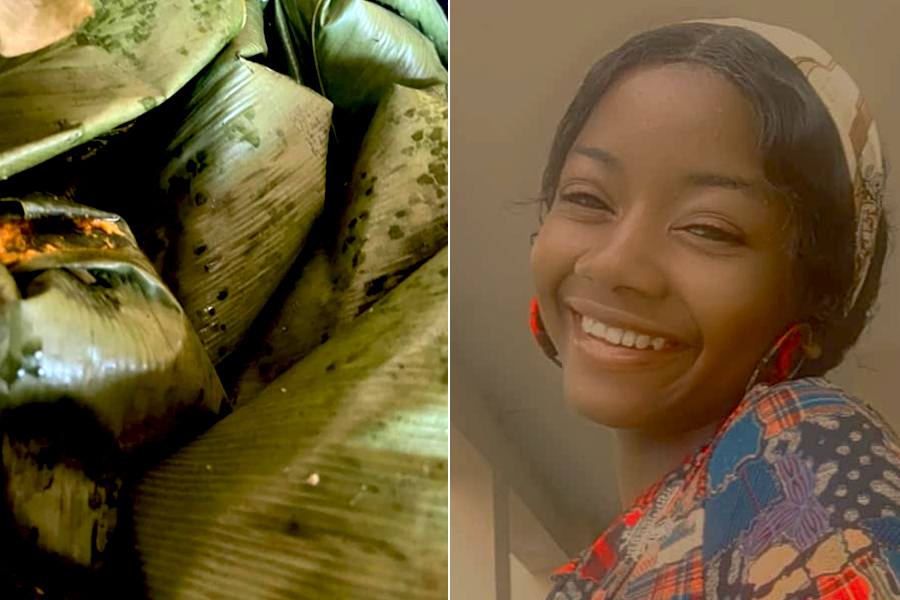 A Little Lesson I learnt From Wrapping Moi-Moi

Beans are usually not my favourite food in fact I don’t eat ordinary beans porridge or beans mixed with rice unless it is moi-moi or beans with plenty of fried plantains.

Fast forward to when I got married, I discovered that beans were one of my husband’s favourite food but that wasn’t a problem cause the young man actually enjoys all the food I prepare as long as it is my food (I cooked the food) and thank I love cooking cause I do it effortlessly.

If I had gotten the moi-moi nylon then I wouldn’t have known how to wrap this mixture and if I hadn’t started with the moi-moi process, I would have just cooked something else to satisfy my hunger. And satisfying my hunger will be an escape way for me not to have a new experience.

You may also want to read:

I decided to cook moi-moi today, for the very first time since after secondary school I guess, but this time not with nylon or cans, I wanted to try the leaf wrap which I have never done in my whole life or even seen how it is being done. When I got to the market, I purposely did not buy the moi-moi nylon, I just got the leaves and other things I needed then went back home.

I began by washing my beans, blending and doing all the necessary things needed for moi-moi and then to the final stage where I have to wrap the mixture.

At first, I had no idea on how this is even done cause I have never seen it before. Then I quickly ran to YouTube, watched a few videos and became a little bit motivated. The videos were quite too fast cause all were centred on how to make moi-moi not on how to wrap moi-moi. So, I began my experiment.

Now, I tried my first wrap and half of the moi-moi poured out into the pot and I shouted Jesus! I was in shock for like a minute but didn’t give up. I tried again but this time with just a spoon full of the mixture… and the stalk of the leaf just occupied the whole space with the moi-moi mixture gradually pouring out little by little into the pot. I became frustrated and angry. At this point, I was really hungry and my husband was also hungry.

I started having regrets and different questions and thoughts were just running through my mind. Why didn’t I get the moi-moi nylon? Who sends me this work? It became really annoying.

So, I decided to calm down, cool off and began to follow the process of making a funnel, gently. Then I got the first wrap to God be the glory!!

My heart was filled with joy and then I followed the same process and got the second, third and fourth. I discovered that the more I wrapped the more I became better at it. See me feeling like a pro!! After successfully wrapping up the mixture, I jumped up with joy and a sense of fulfilment, I dashed into the parlour, and with excitement, I dragged my husband to see my little achievement.

He doesn’t understand why I was so happy over a pot of wrapped moi-moi but he also shared in my jubilation and he gave me a hug.

I learnt a vital lesson here, if I had gotten the moi-moi nylon then I wouldn’t have known how to wrap this mixture and if I hadn’t started with the moi-moi process, I would have just cooked something else to satisfy my hunger. And satisfying my hunger will be an escape way for me not to have a new experience.

Sometimes we have little struggles and give up on the way, other times we quickly look for another way out of the process and in the end we have no result to show.

Don’t be too quick to give up!

Ask yourself this question, what have I been struggling with that seems not to work out? do I keep looking for an easier alternative to the situation? Or will I increase my knowledge in the process to see the end result?

Meanwhile, take a look at this very delicious moi moi. I was already halfway into the meal before taking a photo shot.