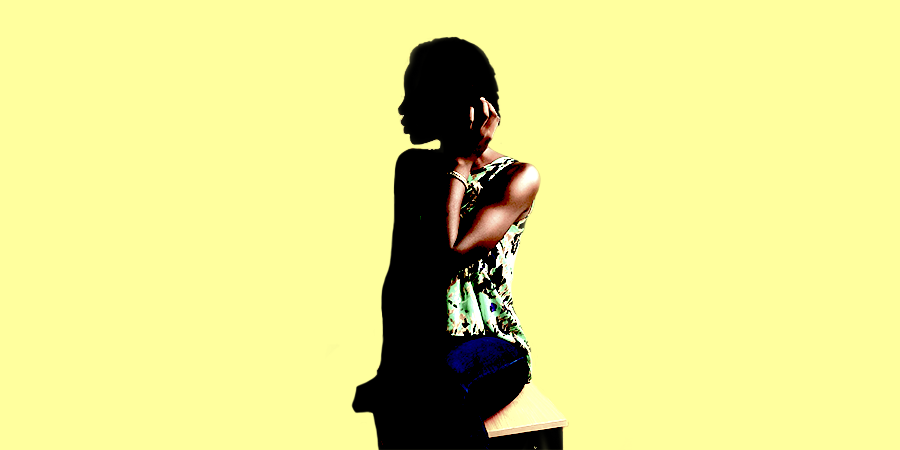 I was in SSS1 when boys started noticing me. Well, I don’t know if it was because my walking steps changed or the fact that I had just recently discovered how many styles I could barb with my hair or the lip gloss I had began to apply that always looked as if I just drank a cup of oil or probably it was the breasts that were always visible in my pink compound wear after so many visits to the tailor to slim fit  it. Or it was the little swell I started having at my behinds or probably the new habit I had developed of washing my legs and light blue slippers before going to the dinning hall every evening.

Well it was at this point of my life that I met him… keep wondering who? funny enough we met on  2go (I’m sure you know the app) after a friend introduced us or rather shared our usernames.

I actually didn’t like him at first because in my mind I was forming hard to get. We spent many days and long hours chatting and soon he became my favourite person on online. He asked me out and of course I said yes. The most important part about him was that he could sing. Pause there for a minute; I swore I would never date any guy that couldn’t sing but I guess I was just naive then. We were pretty much in love. I was still in school and he was done already and was seeking admission into the university.

To cut the story short, we dated for two years and in the two years he visited me once; our love  was mostly online… Yes I know you are wondering why?

The relationship was secret of course we are Nigerians and I’m sure I don’t have to explain this part. Believe it or not we never kissed even for once very funny right?

Okay. We wanted to but we were scared or rather just trying to be holy. In the two years that we dated he never hurt me, we were like the perfect couple… Ha!

I was literally begging for him to do something that would really hurt me… got me wondering if he was my future husband or just some perfect guy… But guess what?

I broke up with him!

It was my entire fault, everyone would begin to wonder.

Flower what did you do? Do I have an answer?

No… Wait… I think I do have an answer… My first love got the admission. Where?

Into the university of course. I was happy for him but something else was not right. I was cheating on him. I’m just kidding. I thought he would go to school and definitely find a girl, way hotter than me. Was I even hot compared to those university babes, with my shaved head (well, not technically. I was on low cut) their not too expensive weavons and braids, my uniforms that were so bogus, another me could fit in them, their sexy clothes, nice shoes, bags and other things, all these compared to my Vaseline laced face with only lip gloss for consolation and their makeup laced faces. I thought to myself Flower do you even stand a chance? With a fragile heart filled with so many dumb naïve thoughts. I picked up my Nokia C1 and sent him one of those messages that looked like the first paragraph of a book chapter.

I can’t do this anymore… you will find someone else… Blah! Blah!! Blah!!! I felt sad, he felt crushed, I felt weak, he felt cheated, I had locked him out, he cried… yes he did. I was surprised too!

He called several times, I hung up, he sent a thousand messages, I ignored them. Ask why?

This was love that was supposed to be but never was…