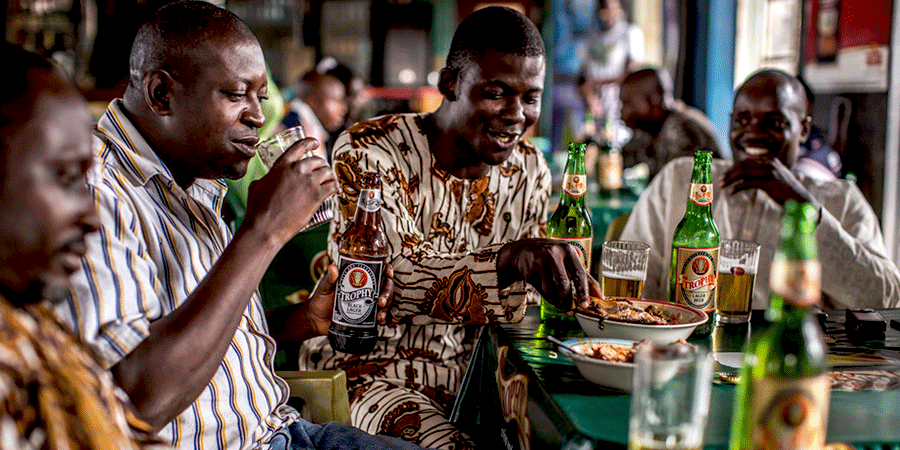 Women Are Not Always The Problem In Relationships

I have noticed that; Benue men hardly ever think a man can go wrong in a relationship.

Lesson: A relationship will never be happy and healthy if you think its all about making the man happy.

A lot of our men tend to say ‘women don’t know what they want,’ but hardly or don’t sit down with their women to talk about their want. Have you?

Well, this is the biggest problem with men; Not taking time to know what a woman wants, and how she wants it.

For instance: Men complain that most girls aren’t adventurous, remember we all have different personalities and react to things differently(Just because you like watching cage fighting it doesn’t mean your woman has to like it too), take time to know what your woman likes.

Lesson: Don’t be the boring guys who expects his woman to love playing FIFA while you don’t even attempt to do anything she enjoys the most with her.

When a woman’s trust is betrayed:

Most men would rather leave a relationship when things get tough rather than fixing it. Most men believe that once they betray a woman’s trust and she forgives him, it means that everything just goes back to normal at the snap of a finger, but that is never the case. You take time to build that trust again, your actions will determine if you are worthy of being trusted again. Don’t do anything silly that you know will jeopardise your relationship and expect everything to go back to normal simply because you apologised for your silly actions. It has to go beyond a mere apology, your actions have to prove it too.

Every woman is different, and has her likes and dislikes:

Assuming that what you did for your ‘Ex’ will work on any other woman is a big mistake. This is the reason why, it is good knowing your woman before you decide to date. Mentality, a sensible person worth keeping wouldn’t just jump into a relationship with someone she hardly knows. Whats the point of rushing into a relationship and then come back making noise about how difficult women are? Don’t assume all women want the same things and the same treatment.

It’s not a sin cooking for your woman:

Don’t be so immature that, if you woman can’t make your favourite dish the way you like it, instead of talking to her about it you would rather go tell your friends how much of a bad cook she is.

If you know how to make it better then, why don’t you teach her how to cook your favourite dish instead of talking about it to your friends, which never resolves anything?

Also while having sex:

So, she just lies there like sack of Akpu right?

Then why don’t you tell her what you would want her to do, or do to her, what will make her do the same to you. Stop going to your uncles weekend after weekend asking him for advice, he isn’t the woman you are being intimate with, he can’t possibly know how she likes it.

Lesson: Have a day you will sit down and talk about what you really want when you making love. Some of you may even be surprised that the reason why she never puts energy into it is because you will just be wasting her time, you never attempt to please her.

Be honest and yourself while in a relationship:

Being pretentious will not do any good in a relationship, lying about financial status, occupation or your background damages your relationship. Don’t go on dates you can’t afford simply because you want to please a woman, because once you start big she will be expecting that you maintain the same standards.

Lesson: Let a girl fall in love with you, not some cooked up ma you wish you were.

As much as you think you are the captain of the ship, a relationship still requires effort from both parties. Its not just about a woman pleasing her man, but its about both parties pleasing each other.