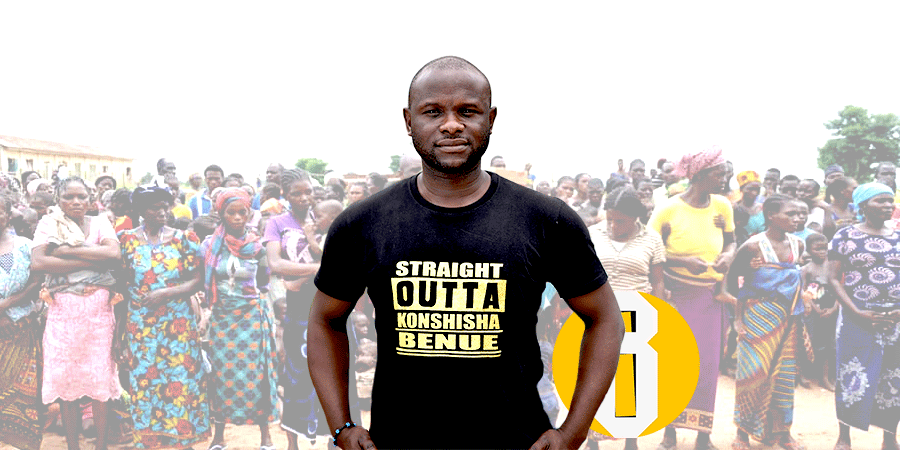 An error does not become truth by reason of multiplied propagation. Nor does truth become error because nobody sees it – Ghandi.

My attention was drawn to Facebook almost a decade ago by my beloved sister and friend Ikyuma Doris Aondo-akaa, who led and supervised my account opening. In the days before the platform, especially within Benue’s cyberspace, became acrimoniously politicized, it was great fun to reunite with, and re-establish contacts with lost friends, make new ones, exchange pictures, get information and receive education at literally no cost.

My first 200 friends were people well known to me for ages, people whom I sought their friendship and those who sought mine.

Properly groomed by a spiritually discerning and “no-nonsense” mother, having lost his dad decades ago, UK is a man that I can stake my name for.

My first Facebook friend, unknown to me in real life was Ukan Kurugh, hereafter referred to as UK. I sought his friendship, cultivated and cherished it. UK was fun, entertaining and informative. From news updates, societal ‘gists’ and ‘gossips’ to educative presentations, there was not a day I didn’t look forward to a UK post. And they came in torrents. Wherever he derived his sources from, he seemed encyclopedic and out of this world.

We extended the friendship to real life and saw often, over the course of time. Today I’m at liberty to call UK a brother. Known to me at a family level, he has become as close to my wife as I am to his siblings. John Ezekiel Hart Kurugh, his twin, is also a brother, Kurugh Msoo Jessica, a sister, and Kurugh Bridgette Doosuur (even though I have not met her) is also considered a sister.

UK, in my carefully considered opinion, is one of Benue’s most trusted young men.

Rugged determination to succeed, avid demand for excellence and an enviable attitude of perseverance are some of the attributes inbuilt with UK, and which he deplored to his discovered calling.

Tens of people have been rescued on death-beds, life-saving surgeries have been undertaken, and health has been restored to many, thanks to the instrumentality of UK’s intervention.

Properly groomed by a spiritually discerning and “no-nonsense” mother, having lost his dad decades ago, UK is a man that I can stake my name for. Having neither being contacted nor contracted to pen this piece, I feel it necessary and incumbent upon me to lend a voice to the growing slandering and unfortunate mud-slinging of his hard-earned reputation built over the years.

UK, in my carefully considered opinion, is one of Benue’s most trusted young men and it is my prayer that God rewards his effort in the near future and meet his aspirations with divine speed.

UK needs encouragement, not the blackmail!

As a social and political commentator, I found some of his posts anti-government to the Suswam regime which I served, but it never affected my relationship with him, since he always stood on the side of the truth.

Today I have sadly observed three categories of people out to ruin the reputation of this great Benue son:

UK is a great guy, in need of commendation, not condemnation.

Primary from all of us in Benue, is to rally round a brother and help in realizing his dream of an NGO registration and blog ( www.ukankurugh.com ), as an enhancement and encouragement to his worthwhile efforts.