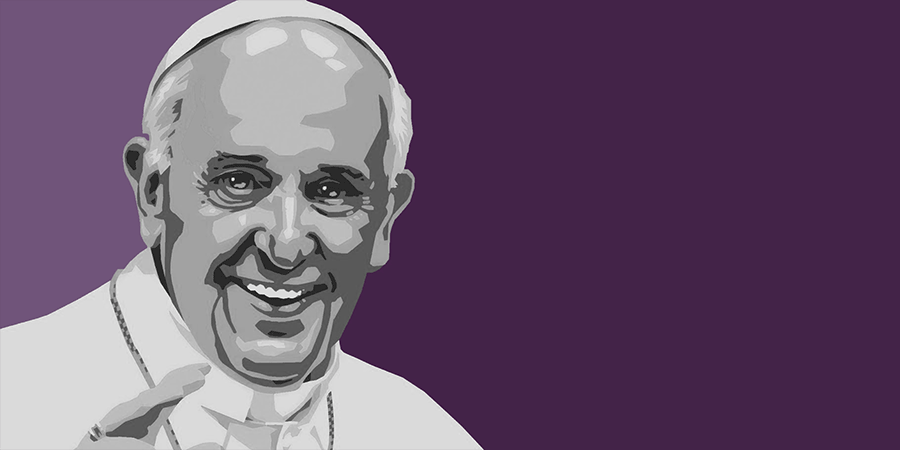 Pope Francis To Roman Clergy: ‘The True Revolution Is To Go To The Roots’

“It is very important to go back to seek the roots of our faith,” said Pope Francis to the priests of the Diocese of Rome, gathered in the Basilica of Saint John Lateran for the traditional appointment at the beginning of Lent. Before beginning his long meditation, the Pontiff heard the confession of some of the priests. A meditation within which Francis made room also for what he described as “Deuteronomic memory,” in as much as an “analogy with Israel’s memory. “Just as the Apostles “never forgot the moment in which Jesus touched their heart,” we also must turn our memory to those that have helped us in our Christian journey. “Sometimes they were simple and close persons, who initiated us in the life of faith.” The Bishop of Rome stressed that the “believer is one who fundamentally ‘remembers.’” Therefore, “one cannot believe without memory” and faith is nourished and fed by the memory.”

“The clothes and hair of grandparents will seem old, they will makes us laugh when we look at the brownish-colored photographs, but the affection of our parents, who gave all of themselves so that we could be here and have what we have, are a lighted flame in every noble heart.”

Therefore, it is necessary to always keep present that, to progress in the faith, “is also an exercise in returning with the memory to fundamental graces.” Bergolio highlighted that “one can progress going back,” going to seek again “treasures and experiences that were forgotten and that many times contain the keys to understand the present.” For the Pontiff, the “truly revolutionary thing” is “to go to the roots.” To have the concept understood better, he rattled off one of his personal anecdotes, of when during the Exercises, not understanding the preacher, he had in mind a writing that his grandmother had on her night table: “Pay attention as God is looking at you, think that you will die and you don’t know when.” “At that moment, I was blocked and I went forward in prayer, the memory helped me,” confided the Holy Father.

Confirming that a “Christian does not forget his roots,” Francis explained that “the more lucid the memory of the past is, the clearer does the future open, because the really new way can be seen and distinguished from ways already followed which led nowhere.” See, then, that “the faith grows by remembering, by connecting things with the real history lived by our parents and by the whole people of God, by the whole Church.” Therefore, he added, “the Eucharist is the Memorial of our faith, that which situates us again, daily, in the fundamental event of our salvation, in the Passion, Death and Resurrection of the Lord, center and pivot of history.”

Therefore, the invitation to priests is to “return always to this Memorial” and to “actualize it in a Sacrament that is prolonged in life.” To go back to the sources of the memory, the Pope suggested a passage of the prophet Jeremiah and another of the prophet Hosea, “in which they speak to us of what the Lord remembers of His People.” For Jeremiah “the memory of the Lord is that of the beloved bride of his youth, who was then unfaithful to him.” For Hosea, the memory of the Lord is that of the coddled and ungrateful son,” continued the Pontiff. “Today as then, the infidelity and ingratitude of Pastors has repercussions on the poorest of the faithful people, who remain at the mercy of strangers and idolaters.”

With kind regards and prayerful best wishes, I remain.