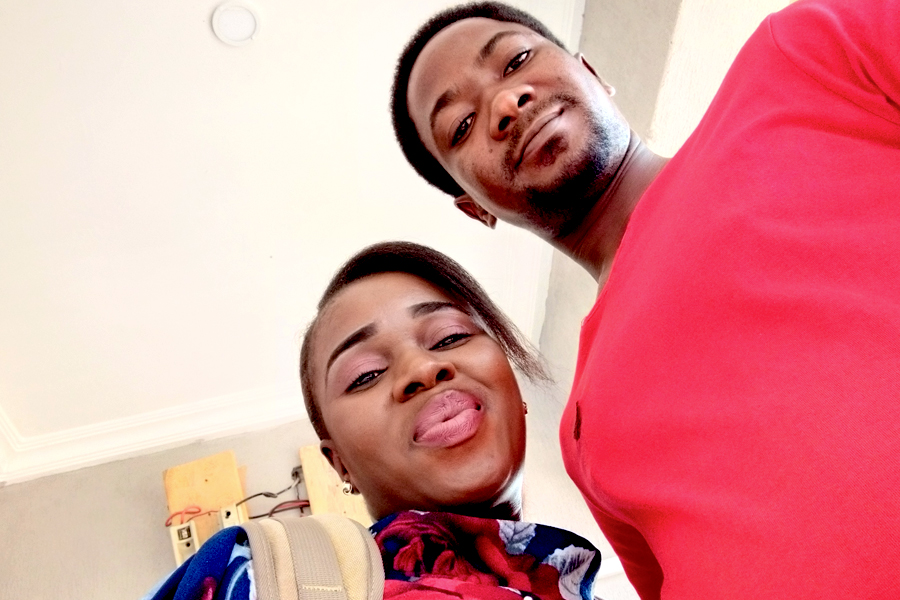 I Married For My Parents And Now I Have A Soulmate

My father would always directly tell me that if I meet a lady I would love to marry I should not hesitate to bring her home; he would also indirectly tell me how he married late, that his first child is age mates with the last children of his own age mates. My mother on a separate note will tell me that I shouldn’t impregnate someone’s daughter and leave her stranded. I took all that they were saying as a signal though I had no plans for a wife at that moment, not even a woman of my dreams.

Exactly on the 24th of April 2019, I went to the famous city of Mkar, Gboko, Benue State to meet one of my friends Mr Lunga Saaondo Samuel (Or’lunga) who was with the then Parish Priest of St. Peter’s Catholic Church, Mkar. Just within that locality is located Notre Dame Secondary School (NDSS) Mkar, it had no boarding by then, so most houses around the vicinity became ‘girls hostels’ and as the saying goes ‘boys will always be boys’ we made a lot of friends around that axis and loved visiting them frequently.

My attention had earlier caught one the most precious damsels in the person of one ‘Miss Jabi Dorathy Perpetual Sewuese’ on one of such visits; I was told that she’s a no-go-area but I said I’m not a loser in the game either. I took a shot and the answer was definitely “NO”, it later became “I’ll think about it”; this was a situation where your interest will have to be presented to a “council of friends”, and debated upon, which if accepted by majority of the ‘House’ the friendship might go on for you. It finally worked after a while of not giving up, the “YES, I’ll be your girlfriend” came.

I was a student of Fidei Polytechnic (Fidpoly) Gboko, Benue State at that time, even though the distance from there to Mkar is nothing to write home about, it became shorter day by day; I would go to the phone booth to call her via her mother’s phone whenever she travelled. Also whenever I went for holidays in the village my mother’s bike made it easier, in fact my Mum would prefer to lend her bike to me and trek to wherever she wanted to go. The sound of my bike around the hostel was like a siren, everyone knew it; I was usually accompanied by my cousins, either Jack Chekwa or Peter Tyover. She also used to come out in a unique fashion, in the company of very beautiful friends to warmly receive us. Letter writing was another major source of communication, there were guys who were always willing to do the job for free, bringing hers’ to me and mine to her; many a-times I had to write to each and every member of her roommates as well. Some of those letters are still in our archive.

I had younger ones at NDSS:- Ruth Iember, Theresa Ahemen, Juliet Mchivir, Gloria Ngowase; she also had younger ones in the school as well Jabi Mnena, and Jabi Kwaghterna; they all watched my back without being told, even though she was very decent. The host of friends from Fidpoly led by Fabian Dia, Terver Adom and Nwanyasi Ekene; the entire set of NDSS 2015 led by the then Head girl now Rev. Sr. Celestina Aganyi was not left out. ‘DORALPHY’ as we were fondly called was every one’s project, they all made it glow.

It did not just happen out of the blue, there’s absolutely no smoke without fire; my first cousin Miss Chekwa Dorathy Mzamber, of blessed memory was also a member of the first set of NDSS Mkar, she happened to be the school mother of Miss Jabi Dorathy Sewuese. Mzamber nurtured and trained Sewuese right from her puberty to teenage stage, little did she know that that little girl would become her family member someday, the law of karma is real.

We finally got married on the 13th November, 2010 after 6 years of dating. Our first child Sesooter came in 2012, he was the complete copy of my father, and the duo was very fond of themselves. My parents never regretted my choice till they both passed on, all my siblings call her “Mummy”.

I made my parents dream come to pass and also found my soulmate in the process.

More About Chekwa Raphael That You Need To Know