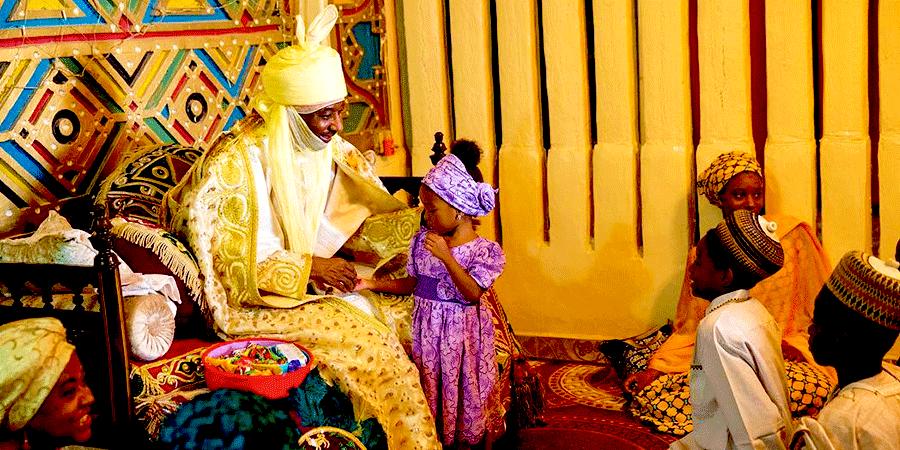 I am Fulani… The fault is ours

Leadership, Stories 8/04/2017 by His Royal Highness Muhammadu Sanusi, Emir of Kano the second

“Let me start by saying that I am Fulani (laughter). My grandfather was an Emir also Fulani my uncle and guardian was also the immediate late Emir of kano Alhaji Ado Bayero and therefore I represent all that has been talked about this afternoon. Sir Ajayi has written a book. And like all Nigerians of his generation, he has written in the language of his generation.

“My grandfather was a Northerner, I am a Nigerian. The problem with this country is that in 2009, we speak in the language of 1953. Sir Olaniwun can be forgiven for the way he spoke, but I cannot forgive people of my generation speaking in that language.

“The Yoruba were Ijebu, Owo, Ijesha, Akoko, Egba. When did they become one? When did the North become one? You have the Sokoto Caliphate that brought every person from Adamawa to Sokoto and said it is one kingdom. They now said it was a Muslim North.

You talk about Babangida and the  problems of our economy. Who were the people in charge of the economy during Babangida era? Olu Falae, Kalu Idika Kalu. What state are they from in the North?

“We started the banking reform; the first thing I heard was that in Urobo land,  there will be a curse of the ancestors. I said they (ancestors) would not answer. They said why? I said how many factories did Ibru build in Urobo land? So, why will the ancestors of the Urobo people support her?

“We talk ethnicity when it pleases us. It is hypocrisy. You said elections were rigged in 1959, Obasanjo and Maurice Iwu rigged election in 2007. Was it a Southern thing? It was not. “The problem is: everywhere in this country, there is one Hausa, Igbo, Yoruba and Itshekiri man whose concern is how to get his hands on the pile and how much he can steal.

Whether it is in the military or in the civilian government, they sit down, they eat together. In fact, the constitution says there must be a minister from every state.

“So, anybody that is still preaching that the problem of Nigeria is Yoruba or Hausa or Fulani, he does not love Nigeria. The problem with Nigeria is that a group of people from each and every ethnic tribe is very selfish. The poverty that is found in Maiduguri is even worse than any poverty that you find in any part of the South.

The British came for 60 years and Sir Ajayi talked about few numbers of graduates in the North (two as at independence) . What he did not say was that there was a documented policy of the British when they came that the Northerner should not be educated. It was documented. It was British colonial policy. I have the document. I have published articles on it. That if you educate the Northerner you will produce progressive Muslim intellectuals of the type we have in Egypt and India. So, do not educate them. It was documented. And you say they love us (North) more than the south.

“I have spent the better part of my life to fight and Dr. (Reuben) Abati knows it. Yes, my grandfather was an Emir. Why was I in the pro-democracy movement fighting for June 12? Is (Moshood) Abiola from Kano? Why am I a founding director of the Kudirat Initiative for Nigerian Development (KIND)?

“There are good Yoruba people, good Igbo people, good Fulani people, good Nigerians and there are bad people everywhere. That is the truth. “Stop talking about dividing Nigeria because we are not the most populous country in the world. We have all the resources that make it easy to make one united great Nigeria . It is better if we are united than to divide it.

“Every time you talk about division, when you restructure, do you know what will happen? In Delta Area, the people in Warri will say Agbor, you don’t have oil. When was the Niger Delta constructed as a political entity? Ten years ago, the Itshekiris were fighting the Urobos. Isn’t that what was happening? Now they have become Niger Delta because they have found oil. After, it will be, if you do not have oil in your village then you cannot share our resources.

“There is no country in the world where resources are found in everybody’s hamlet. But people have leaders and they said if you have this geography and if we are one state, then we have a responsibility for making sure that the people who belong to this country have a good nature.

This is a great message to our generation

In 1923, nine of the wealthiest people in the world met at Chicago’s Edge Water Beach Hotel

Their combined wealth, it is estimated, exceeded the wealth of the Government of the United States at that time. These men certainly knew how to make a living and accumulate wealth. Attending the meeting were the following men:

1. The president of the largest steel company,

2. The president of the largest utility company,

3. The president of the largest gas company,

4. The president of the New York Stock Exchange,

5. The president of the Bank of International Settlements,

7. The greatest bear on Wall Street,

8. The head of the World’s greatest monopoly and

9. A member of President Harding’s cabinet.

That’s a pretty impressive line-up of people by anyone’s yardstick.

Yet, 25 years later, where were those nine industrial giants?

Let’s examine what happened to them 25 years later

1. The President of the then largest steel company (Bethlehem Steel Corp), Charles M Schwab, lived on borrowed capital for five years before he died bankrupt.

2. The President of the then largest gas company, Howard Hubson, went insane.

4. The then President of the New York Stock Exchange, Richard Whitney, was sent to jail.

5. The member of the US President’s Cabinet (the member of President Harding’s cabinet), Albert Fall, was pardoned from jail just to be able to go home and die in peace.

7. The President of the then world’s greatest monopoly, Ivar Krueger, committed suicide.

8. The President of the Bank of International Settlement, Leon Fraser, committed Suicide.

What they forgot was how to “make” life while they got busy making money!

Money in itself is not evil; it provides food for the hungry, medicine for the sick, clothes for the needy. Money is only a medium of exchange.

We need two kinds of education:

There are many of us who are so engrossed in our professional life that we neglect our family, health and social responsibilities.

If asked why we do this, we would reply that “We are doing it for our family”.

Without water, a ship cannot move. The ship needs water, but if the water gets into the ship, the ship will face existential problems. What was once a means of living for the ship will now become a means of destruction.

Similarly we live in a time where earning is a necessity but let not the earning enter our hearts, for what was once a means of living will surely become a means of destruction for us as well.

So take a moment and ask yourself, “Has the water entered my ship?” I hope not!

Hope the above story will drive all of us in a better direction in life.

‘Alone I can ‘Enjoy’ but together we can ‘Celebrate’.

‘Alone I can ‘Smile’ but together we can ‘Laugh’.

That’s the Beauty of Human Relations.

We are nothing without each other.