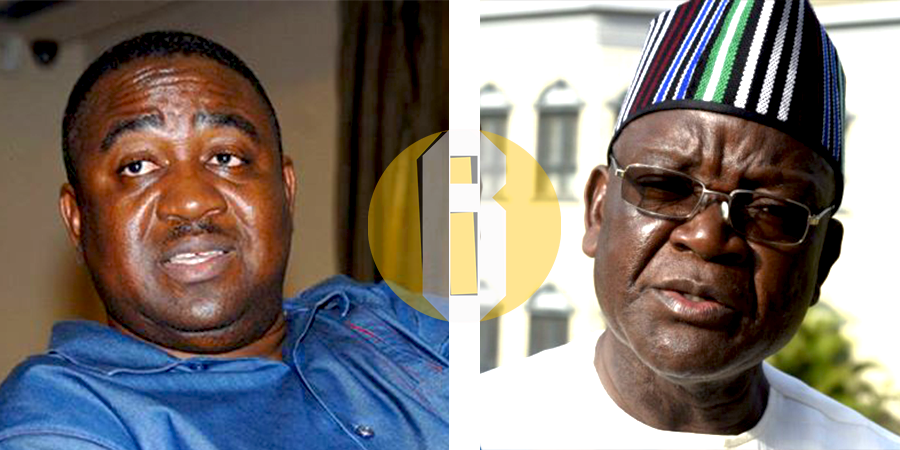 It is sad but true that the Governor Samuel Ortom led government has been unwilling to come clean on the state’s over bloated wage bill, after almost three years of being in office; a development that is less than desirable.

Below is an extract from the Governor’s speech at the Presidential visit to Benue on 12th March, 2018.

“The issue of backlog of Salaries remains intractable. Part of the problem of Salaries was inherited from the past Government. In spite of your efforts with Bailout Funds and Paris Club Refunds which we appreciate, the challenge still remains due to the high wage bill in the average of N7.8billion which we inherited. We request for a grant or soft loan to be able to pay the arrears even as we have taken steps to stabilize regular salary payment with effect from January this year.”

The Governor as has been in his character, accused the past administration for the over bloated wage bill and his inability to pay the workers their remunerations. This is not the spirit of true leadership. A leader takes responsibility and solves problems.

But saying the present wage bill of N7.8 billion was inherited from the past administration is quite preposterous because the Justice Kpojime Commission of Enquiry that was constituted by His Excellency Gov. Samuel Ortom had put the state’s wage bill at N2.6billion.

The report stressed that total amount which Suswam spent on salaries for state civil servants and all his political appointees for the period of eight years was =N= 253, 737,786,385.00 which was N2.6 billion monthly.

Now it can be seen that the report termed even the N2.6B wage bill for civil servants and political appointees as astronomical. How then has Governor Samuel Ortom come up with this wage bill of N7.8 billion? If N2.6 billion is astronomical then N7.8 billion should be termed superlatively astronomical.

The Sun Newspaper of 18th December, 2017 published the following response from Former Governor Gabriel Suswam concerning Gov. Samuel Ortom’s accusations or rather inconsistencies about the states wage bill as follows:

Suswam had, in a chat with newsmen at the weekend, during the graduation ceremony of Sev-AV Foundation, his wife, Yemisis pet project, accused Ortom of salary padding, stressing that his successors claim that the wage bill of the state had risen to N7.8 billion was both ridiculous and funny.

The former governor, who disclosed that he handed a workforce of 19,000 to the present government, insisted that when he left office in May 2015, the wage bill of the state stood at N2.7 billion. He said it was the same figure Ortom used to pay salaries from June to September of that year before the figure started increasing.

It is rather funny and absolutely ridiculous that the (Ortom) government would claim it is paying over N7.8 billion as wage bill.  At the time I left office I paid N2.7 billion. I have the document of what this government paid from June to September 2015, and it is not different from what I paid.

So, at the time they started talking about N7.8 billion, which is rather too ridiculous, there is something fundamentally wrong with that.  They are creating a wrong impression and we will publish the figure I paid during my eight years in office.  If anything was added, it should have been from December of that year, Suswam said.

Suswam, who also accused Ortom of failure to differentiate between salaries of workers and overhead, said: Let us know how much they are paying as overhead, salaries of local government which is a different tier of government. You cannot jumble their salaries with those of core civil servants.  They should come out and tell us because I have evidence of what I paid and what is paid now.

It would be noted that Gov. Samuel Ortom recently announced that the Engr. Benson Abounu committee had succeeded in cutting the wage bill down by the tone of N3.5 billion. The problem was and is that no one was indicted for having embezzled such a humongous sum per month for about two years amounting to tens of Billions of tax payers money.

This leaves me with the simple conclusion that this government is behind this scam or how else will a blind eye be turned to such a matter? If the said monies had been going to members of the past government, there is no how that an alarm wouldnt have been raised by the present government but the deliberate silence over who has been devouring the said monies accruing to ghost workers is so loud that it is almost deafening.

The Governor needs to stop playing games with the peoples common wealth and come out straight on this issue as it bothers on gross corruption and incompetence. His present resort to continue salary payments from January 2018 leaving the backlog of June 2017-December 2017 on the other hand shows ill-intention.

A number of civil servants who retired between June to December 2017 have been tactically removed from the payment voucher. That is not a very nice way to treat people who have served the state with most of their youthful years.

His Excellency must live up to his promise to govern by the fear of God and turn away from this evil.

By mercy and truth, iniquity is purged, and by the fear of Jehovah men turn away from evil. Proverbs 16:6

I rest my case.