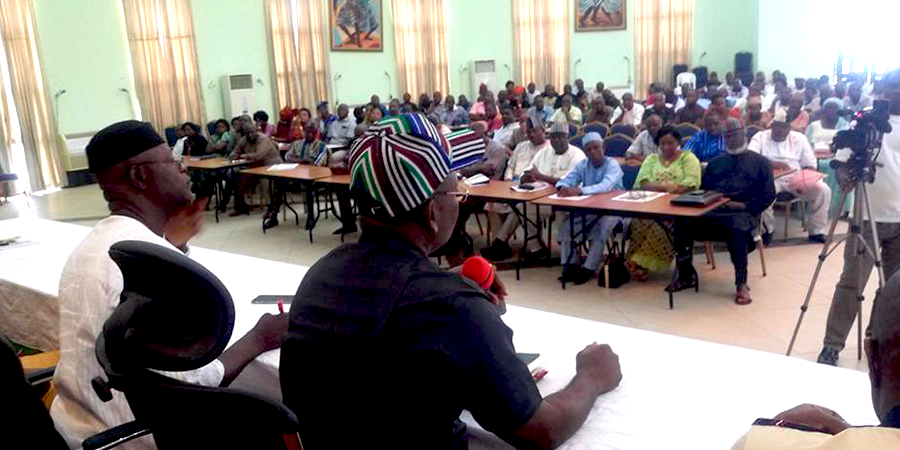 Civil Servants Or Civil Slaves: A Case Of Benue’s Workforce

The difference between a slave and a servant is that a slave is a person who is the property of another person and whose labor and also whose life often is subject to the owner’s volition while a servant is one who is hired to perform regular household or other duties, and receives compensation as opposed to a slave.

Servants are hired; slaves are owned. Servants have an element of freedom in choosing whom they work for and what they do. The idea of servanthood maintains some level of self-autonomy and personal rights. Slaves, on the other hand, have no freedom, autonomy, or rights.

While I wanted to vent my anger on the government for treating its workers this badly, I remembered the words of a sage which said

“One man is an oppressor because many are slaves; let us therefore despise the slaves and not the oppressor.”

My conclusion, if the Benue workforce stops being slaves, the government will stop being oppressors. For what makes you a slave isn’t the treatment being meted out to you by someone who seems to have power over you, what makes you a slave is your submission to and yieldedness to oppression wherein you see yourself as a victim rather than a free moral agent who is capable of deciding his own destiny.

Just today I saw a young civil servant or more rightly a civil slave, celebrating the payment of his February 2018 salary on facebook. My heart sank within me and I greatly grieved. The government has tactically put behind the salaries of June-December 2017 intending not to clear the backlog but rather just continue from January 2018; an act that should have been met with much indignation but alas, there was yet rejoicing in some quarters and on social media at that. This attitude of the civil servants or rather civil slaves bothers me more than the unjust actions of the government against the workers. For while a bad government can be easily changed, replacing the soul of a slave in a person with that of a free man isn’t an easy task.

Nelson Mandela though in prison was the freest man in South Africa hence he was the one who negotiated and secured the freedom of the rest of the South Africans who were seemingly walking freely on the streets but were slaves to the whites who oppressed them.

What stops the Benue workers from calling for an emergency congress where a vote of no confidence can be passed on the present labour leaders and then new leaders could be elected who will champion the affairs of labour in the state in sincerity & truth?

Are there any freemen left in the Benue workforce?

Or have all become slaves?

I rest my case.