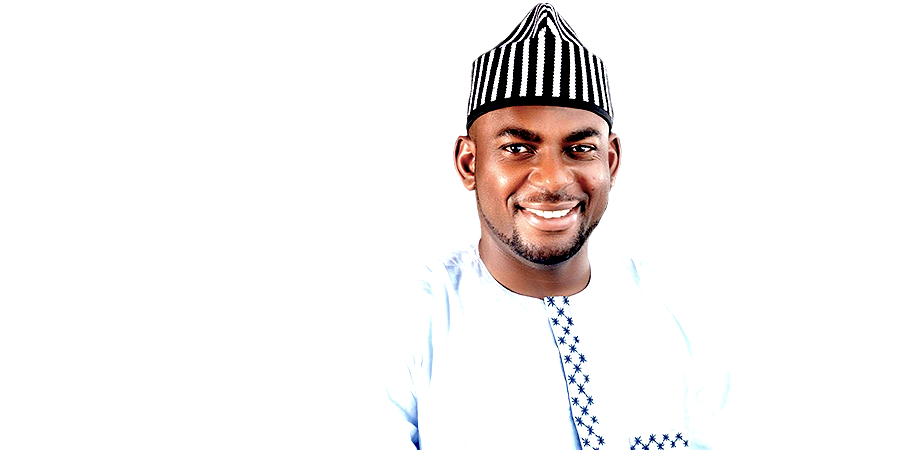 An activist with a Conscience, Protagonist of Good Governance,
Teacher, Researcher and Computer Scientist

A Greater Benue Is Possible

Dr Stephen Shiaondo Cyril Akuma was born on the 7th of September, 1982 to the family of Mr Akuma Emmanuel Anhyula and Mrs Catherine Akuma, both from Njiriv, Gwer-East Local Government Area of Benue State. He is the 5th of the nine children of Mr Akuma.

Stephen started his educational pursuit at Lower Benue Staff School, Makurdi from 1985 to 1994. In 1994, he proceeded to the Prestigious Mount Saint Gabriel’s Secondary School, Makurdi, where he completed secondary education in 2000. Upon completion of his secondary education with flying colours, Stephen was admitted into the Faculty of Sciences at the Benue State University, BSU in the 2001/2002 session where he began his studies in Computer Sciences and graduated in 2005.  In January 2011, Stephen Shiaondo Cyril Akuma, left the shores of Nigeria to pursue a Masters Degree Programme in Software Development at the Coventry University, United Kingdom and graduated in January 2012. With his zeal to acquire more knowledge and higher educational attainment,  Stephen went back to the Coventry University, in April 2013 for his PhD programme in Computing and he successfully defended his PhD in May 2016.

Throughout his academic pursuit, Stephen maintained outstanding performance. Even though he actively participated in student union activities, he retained a minimum CGPA of 4.0 in each of the four academic sessions of his program at the Benue State University, where he graduated with Second Class Upper Division in Computer Science at the very young age of 23. He bagged a First class (Distinction) at Coventry University during his Master’s Degree in Software Development. It is on record that Stephen was among the very few scholars in the history of Coventry University that defended their thesis in exactly 3 years.

Dr Stephen Akuma has had a unique experience of working for the government, the private sector and managing his personal firm. He began this experience when he participated in the mandatory National Youth Service Corp and was posted to Kano state, where he served at the Nigerian Police Academy, Wudil. After his NYSC, he worked for 6 months with a private IT Firm in Kano. He then moved to Abuja in search of better opportunities. It was during this period that the young Stephen tasted the bitter cup of unemployment for a  year; this turned up to be a period of introspection and strategic planning. This paid off immediately!

He established a reputable private  IT firm, SACS COMPUTERS.  The firm was registered by the Corporate Affairs Commission (CAC) in September 2009. Since its establishment,  the firm has carried out  Software Developments, Web designs, Maintenance and Repairs of Computer Hardware, Consultancies, which are the crux of the firm’s objectives. While managing his young business in Abuja, he was appointed a Lecturer in the Department of Mathematics and Computer Science, Benue State University, Makurdi. He assumed duty at the University on the 7th  December 2009 where he works till date. The energetic and talented academic,  Dr Stephen Akuma is also a visiting lecturer in the Department of Mathematics/Statistics/Computer Science, Federal University of Agriculture, Makurdi. During his PhD programme at Coventry University, UK, Dr Akuma worked as a Teaching Assistant in the same institution.

The leadership qualities of Dr Stephen Akuma were easily identified, as the rising sun; these began to manifest in his teenage period. He held leadership positions in religious, community and school associations.

As a teenager, he was elected President of the Block Rosary Crusade in his locality and President of the Legion of Mary Junior Presidium. His responsibilities as President were: taking children to and fro their homes for prayers, teaching catechism and other moral instructions, visiting orphanage homes, visiting the sick in the Hospital and preaching the Gospel.

This role formed the core of his ‘servant-leader’  philosophy of leadership. This philosophy has kept him successful in all positions he is privileged to serve.

Part One: Collectively, We’re NOT doing enough for a better Benue State

Part Two: Empower Yourself Or Be Used By Politicians

At Mount Saint Gabriel Secondary school, due to his coordinating abilities, he was made the Compound Perfect where he coordinated all students activities on the school premises. He was also elected  Exco member of the Rosary and the Brown Scapular groups and he discharged his duties satisfactorily.

Dr Stephen Akuma was a Student -Leader of repute during his undergraduate studies at the University. He represented the Department of Mathematics/Computer Science in the Student Union Government Parliament. His activities as a student leader made him head several Student committees where he advocated for students’ welfare. During his National Youth Service Corps (NYSC) at the Police Academy, Wudil, Kano State, he was made the Corpers Liason Officer (CLO) in the Academy.

A Writer, An Activist, Social Crusader, Academic and An Astute Scientist:

Dr. Stephen Shiaondo Cyril Akuma is an Author, activist, a social crusader, academic and an astute scientist. He has primarily authored several publications in International Conferences and Journals and his papers have been cited severally by scholars.  His area of research is Information Retrieval, Personalisation, Human-Computer Interaction (HCI) and Machine Learning. He recently published a book about his NYSC experience titled, NYSC: SOWING THE SEED OF NATIONAL UNITY. The book has been reviewed by national and international scholars. One of the reviewers in the UK ‘unreservedly recommended the book to anyone who has an interest in modern Nigeria’.

While in the UK he kept touch with the happenings in Nigeria. He has used social media to promote good governance and transparency in Nigeria since 2008. His articulated and self-opinionated write-ups on social reengineering, youth empowerment and good governance in Africa have been published in several online news outlets. He led a protest in London against the increase in fuel price in Nigeria in 2012. His interview by pressmen on the protest day was aired by BBC, Aljazeera and other international news routers.

Dr Stephen has shown an unreserved passion for community development; this has endeared him to the young and old, males and females alike. In fact, his dealings and acceptability cut across socio-cultural and ethnoreligious backgrounds. As a compatriot, Dr Akuma demonstrated the rhythm of Nigeria’s anthem as he rose to obey the call to serve Nigeria, his fatherland with love, strength and faith that the labour of his heroes past shall never be in vain. He proved this when he passionately returned to Benue State University, Makurdi, Nigeria, to serve with heart and might, without waiting to participate at the ceremony that heralded his MSc graduation in the faraway United Kingdom. This was in further contribution to a country that he continues to support to remain one nation, bound in freedom, peace and unity.

Connect With Stephen on: