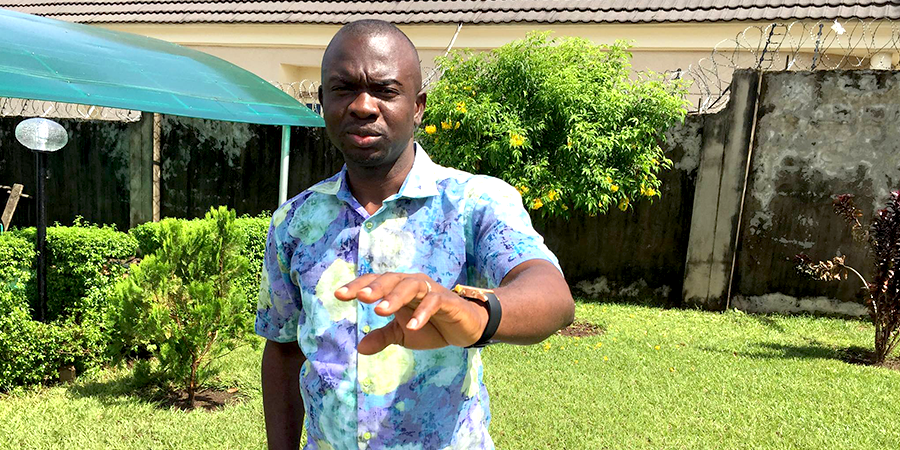 I Started Fighting For The Tiv Nation At 27; Pa Unongo Kwagh Ngise

A few months back while the Herdsmen killings raged, I was consulting with many elders especially when we got to the Senate Public Hearing of the Herdsmen attacks on farmers and realised the herdsmen had a good representation as against the Benue communities who could not even exhaust the five fingers provided by nature, I was desperate to find an older voice to add to the noise Movement Against Fulani Occupation, MAFO was making.

This took me to many elders and I made private visits and sent messages to some too. My meeting with the oldest Tiv elite, Pa Unongo Kwagh Ngise, changed my viewpoint completely. That day of our visit was the day he appeared before the Benue State House of Assembly to present a paper on the proposed chieftiancy Bill then. He had just arrived home when we settled down to business. We got sparked the direction of our inquiry was why there hasn’t been any elite of the Tiv extraction to appear at the national level to speak for our case? We had examples of Prof Jubril Aminu who spoke so passionately for his grazing brothers. The Emirs sent their support, the Sultans message was read to the Chairman of the Public Hearing speaking for the protection of the herdsmen and their rights to grazing even on our farmlands as the lands were referred to as government lands without recourse to ancestral heritage. We looked around the hall, we were indeed dwarfed in that gathering as our Pa Unongos likes were not there to intimidate the gathering with his oratory prowess and ancestry Takuruku Amnyam Azenga Swem Karagbe message of traditional ownership which Government recognises respects where compensation is a well defined norm in that tradition.

Today I’m 83 years old and I started fighting for the Tiv nation when I was about 27years old, now I’m weak and tired and about going home to my ancestors…

Dr Anhyula Twar Uke failed to appear on that day, the whole Adudu u Takuruku gba Usu without anyone to help quenching it. It was that mindset that I was silently cursing every voice that was heard only during elections but quiet during the invasion. Then Baba started talking and he talked so many things, he changed my mindset of blaming the older folks when without stating the obvious he said these lines “me Pa Unongo today I’m 83 years old and I started fighting for the Tiv nation when I was about 27years old, now I’m weak and tired and about going home to my ancestors…..” This message was deep! I didn’t need anyone else to tell me I was an energetic young man in my late 30’s sitting before an 83 year old man to go and fight for my liberation and that of my children! I turned around and went through the many Facebook comments commentators and their age brackets and I was full of shame for my generation waiting for 50-90year olds to step up and fight for us while we lazy and booze our future with Delilahs on demand.

As I reflect on this Day of Independence and 56th Anniversary, those words pierce through my heart a fresh! What shall I do to add value to the bad system that is in near comatose? I have decided to look at myself and what I can do better and not what the leaders ought to do, truly, if they knew better they would be doing the needful. I am no longer laying in wait for anyone else, this is my message to my self and friends. I have decided to be moving in this philosophy so if you want to add value, we are partners I will soon loose the energy like Pa Unongo who would struggle to get up from his seat while I can still trek to Abuja if need be for my people and still be out kicking sound.