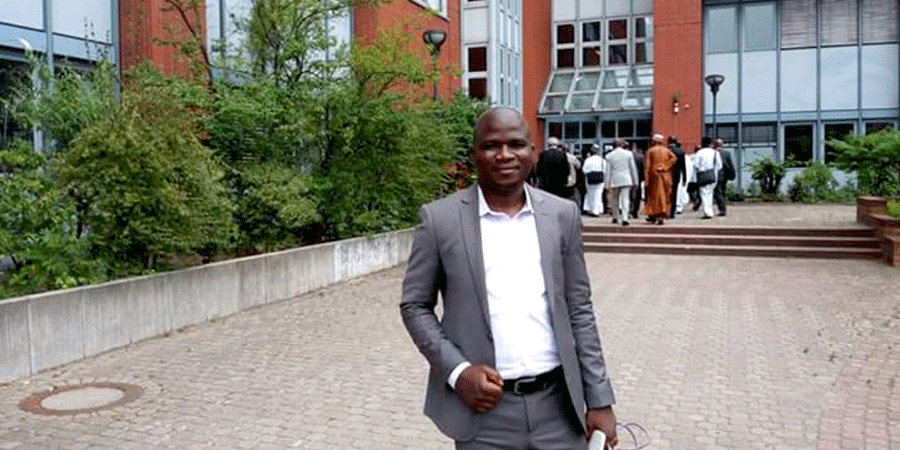 Cattle Grazing Bill: Benue People To Make, Own The Law

I have read comments by some social media writers drawing unnecessary comparisons between Ekiti State Governor Ayo Fayose and his Benue State counterpart, Samuel Ortom. Most of the comments tilt towards the law on grazing of cattle passed by Ekiti State and the bill sent to the Benue State House of Assembly by Governor Ortom.

The Ekiti law only prohibits open cattle grazing before 7am and after 6pm. In other words, herdsmen are free to move about openly with their cattle between the hours of 7am and 6pm.

The Ekiti law has also designated and allocated large grazing areas to Fulani herdsmen. The law is only concerned about herdsmen carrying weapons. As long as they are not caught with weapons, they are as free as birds of the air and can traverse Ekiti land as much as they choose to do so.

“With the signing into law of this bill today, anyone caught grazing with arms or any weapon in Ekiti would now be charged with terrorism and be made to face the law according to certain sections of it. The same goes for those who graze in prohibited areas or go against the time frame of 7am to 6pm allowed for open grazing.”

Speaker of the Ekiti State House of Assembly, Kolawole Oluwawole also confirmed that open grazing of cattle still takes place in Ekiti and indeed, the state government has created grazing areas for herdsmen. His words:

“Anyone caught grazing on portions of land or any farmland not allotted by government shall be apprehended and made to face the law.”

In June last year, I analyzed the Benue State Open Grazing Prohibition and Establishment of Ranches Bill. Public hearings will soon commence on the bill. Yes, a bill as sensitive as this should have the input of the people of the state. The people will make the law to be passed by their representatives in the Legislature and signed by Governor Ortom.

The Governor told journalists yesterday in Buruku that his discussion with Speaker of the State House of Assembly, Rt. Hon. Terkimbi Ikyange earlier in the day indicated that even if it meant that the ongoing deliberations on the 2017 budget would be suspended to enhance passage of the anti grazing bill, it will be done.

THE BENUE STATE OPEN GRAZING PROHIBITION AND RANCHES ESTABLISHMENT BILL: WHAT IS IN IT FOR THE PEOPLE

Since assumption of office, one of the issues that have featured in nearly every speech (written or unwritten) made by Benue State Governor Samuel Ortom is security. At the centre of the security challenge in the state is the invasion of communities by herdsmen leading to the killing of innocent people and destruction of property worth billions of naira.

In all of the unwarranted attacks, Governor Ortom has remained consistent on his stand that Benue has no land for grazing of livestock; that ranching of cattle is the way to go. He recently assured the people of the state that his administration will soon send a bill to the State House of Assembly for the enactment of a law to prohibit open rearing and grazing of livestock in the state.

Now Governor Ortom has made real that promise. The State Executive Council has completed work on the bill and it has been forwarded to the state lawmakers. The proposed legislation is known as ‘Open Grazing Prohibition and Ranches Establishment Bill’. This is no doubt one of the boldest steps taken by the Ortom administration to find a lasting solution to the frequent invasion of Benue communities by herdsmen and unwarranted blood spilling. It is one of the decisions by the present administration which have drawn applause across political divides.

But not every Benue person may be aware of what the proposed law contains and its benefits to the people. This piece therefore highlights aspects of the bill.

The Benue State ‘Open Grazing Prohibition and Ranches Establishment Bill, in addition to prohibiting open grazing, also seeks to provide for the establishment of ranches and the Benue State Livestock and Ranches Administration and Control Committee as well as Livestock Special Marshals Corps. The window of job creation immanent here needs not be overstated.

The bill when passed, will promote among others, technics of animal husbandry, particularly the rearing of livestock. It will also create job and investment opportunities in livestock farming as well as expand the agriculture value chain. The law will prevent the destruction of crops and community ponds, settlements and property by open grazing of livestock. The law will similarly curb clashes between herders and farmers in the state.

Perhaps one of the key takeaways of the bill is the proposed establishment of the Benue State Livestock and Ranch Administration and Control Committee. The thinking of the State Government is to empower the committee to regulate the rearing of livestock in the state and turn the hitherto challenging security situation into a basin of economic opportunities for the people of the state.

A few of the responsibilities of the committee, subject to the amendment/approval of the Benue State House of Assembly, will include inspection, certification and registration of all ranches established in the state and issuance of permits for ad hoc grazing ranches where necessary.

The committee will also have the mandate to prescribe and provide guidelines for minimum hygiene standards for meat and daily activities at personal, commercial and general ranches. It will also ensure that all approved ranches are properly secured to prevent livestock from straying. The committee shall also establish and maintain a special State Livestock Control, Open Grazing Prohibition and Ranch Administration Marshals Corps for the state with units in each of the 23 local government areas of the state.

The bill also makes provision for penalties on those who may breach the law, be they herdsmen or cattle rustlers.

The Benue State ‘Open Grazing Prohibition and Ranches Establishment Bill, when passed into law, will surely be one piece of legislation not only coming at the right time but will also set to console a people in distress, a people whose land known for its rich nature has been turned into a slaughter field flowing with the blood of the innocent farmer.