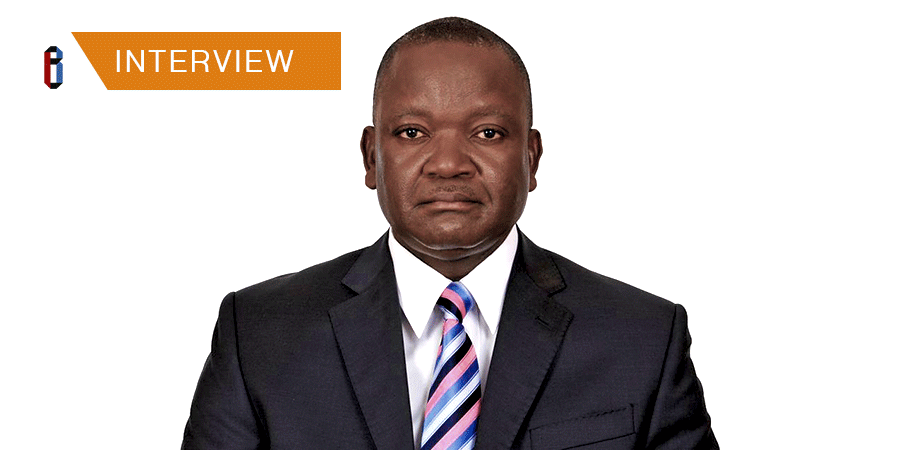 What is your reaction to the call by Governor Wike for the declaration of State of Emergency in Benue State?

It is laughable and unfortunate because if you talk about declaring state of emergency because of killings I am aware that there are more killings in Rivers than Benue State. Here we know the rules while in Rivers State there is no rule of law. When you do things as if there is no leadership, you take laws into your hands, we don’t do that here and I will not subscribe to taking laws into my hands or anybody taking laws into his hands in Benue State.

When last did you hear that somebody was kidnapped in Benue State?

When last did you hear armed robbery took place in Benue State?

If you talk about rivalry between herdsmen and farmers it is not just peculiar to Benue State. We have sent a bill to the State House of Assembly. We are proposing that ranching is the option, no need for open grazing which even the herdsmen themselves confirmed. State of emergency and if you talk about the criminality of Gana who has been killing people all over, we have declared him wanted and we have even placed a reward on him. He has gone into hiding and we are appealing to people to avail us information. We are ready to take on him. I am in touch with the Inspector General of Police, I am in touch with the Chief of Army Staff, the Commandant of Civil Defence, the DSS Director General and security men have been provided for Benue State. We are going to have him. We are on top of our situation.

If Wike wants state of emergency he should first of all declare his own state of emergency in Rivers State, not in Benue State. Benue State people are with me. We are proactive and we are on top of the situation here in Benue State and I can assure you with this renewed spate of attacks not from herdsmen, but from Gana who is killing people and because he is being sponsored by some people, we are going after him. I pray that what is happening around me here should not happen in any other state. I pray for Wike. I pray that God will help him succeed as a leader. But leaders should not come out to make such statements. I have inherited a state that is difficult and everyone knows.

The whole country knows. I have inherited a state that is in deficit of over a hundred billion naira. Where do you start and we have been doing our best here. Since I came no one has gone on strike because the people appreciate what efforts we are doing here in Benue State. So it is an unfortunate thing but I will not join issues with him, I pray for him that God should help him in his endeavours.

Have you had issues with Governor Wike before now?

I took it that it was political. He said it because I was on the delegation that was nominated by my party to solicit the support of the people in Rivers to win election.

Is that a crime?

Have I committed a crime by going to support my party men to win election?

I wasn’t the only one that went there. You can imagine a colleague lost a commissioner in Plateau State while he was jogging and you can imagine the sarcastic statement he has made about that.

It is not fair. We shouldn’t as leaders begin to make such statements. It doesn’t give us anything good. But I leave Wike to his conscience.

During the last administration during the height of Fulani attacks in the state, the then president sent in soldiers, do we see same happening now?

Soldiers are already deployed here, I told you that I’m in touch with the Chief of Army Staff and on the directive of Mr. President we will have as many as we need depending on the situation on ground. Mr. President has directed that I should be supported and we have enough policemen here on ground, we have equipment, a chopper has been deployed here to support us. So I don’t think anything is out of place. We are on top of the situation and the killings we witnessed before are far more than what we are seeing today because of the proactive steps we have been taking to check the situation.

What is your response to allegations of the soldiers taking sides?

I am not aware of that. The soldiers are not taking sides as far as I am concerned. The soldiers I have here in Benue State as far as I know are very patriotic and they are civil. They have accepted the fact that we have a civilian government in place. Government is proactive and ready, we have enough personnel, and equipment to track these people. And where we are not able to track them we are even ready to pay for damages.

Recently the case of a herdsman whose 57 cattle were killed and 50 rustled, was reported to me and paid N10million and even up till today we have not apprehended the youths behind the attack, but if we see them we will arrest them. But we had to pay just to allow peace to reign because if they come for reprisals those youths who did the evil will not be there.

Instructions of government Those that would suffer will be vulnerable children, women and the elderly. So it’s a matter of simply listening to the instructions of government. When you have leaders and you respect and follow them things will work out. There is no way we will allow lawlessness to prevail in the land because people there will bear the consequences.

Are you not disturbed sir, that with the level of killings by herdsmen none of them has been prosecuted?

Well, I’m aware that we arrested some herdsmen with arms and they are being prosecuted. I can talk about my own state. But it is something we can all tackle together, the journalists, the people themselves all of us including the security agencies because most times journalists know where these criminals are but you will not volunteer information.

You said some persons are sponsoring Gana the wanted militant leader, who are his sponsors and their names?

No, it’s not every security matter that you say or discuss in public, I won’t say that for now but I have it in my chest.

This is a direct source from: Vanguard Newspaper, Nigeria