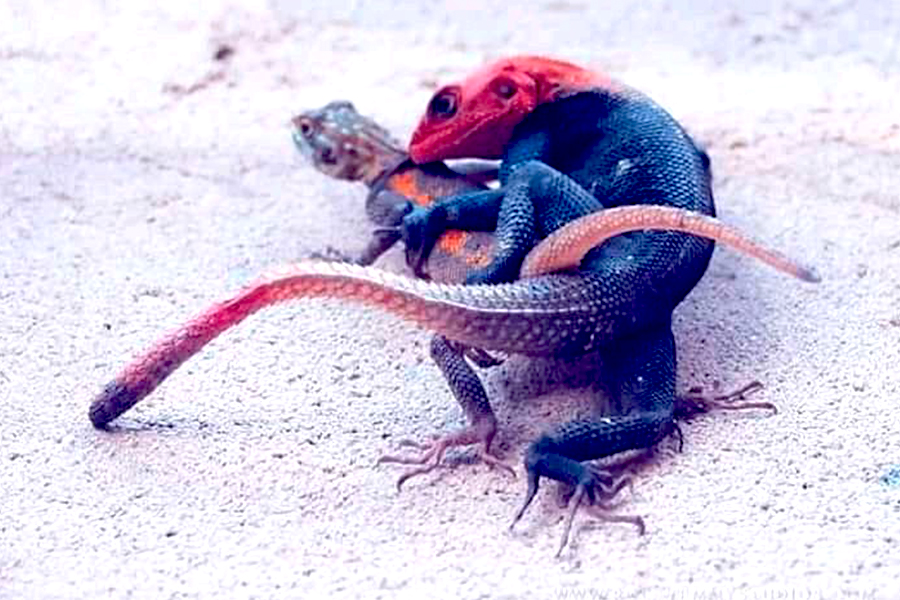 The Study of Lizard

How can someone go to university just to study lizard?

Many people find it funny that things like lizard are studied beyond nursery and primary schools; where pupils learn about them for mere identification purposes.

As funny as it may be, there are astonishing reasons why we study these seemingly “unimportant” species. These reasons are actually so important that the very existence of mankind depends on them.

First, what are lizards?

What most people have in mind when they hear the word “lizard” is the image of an Agama lizard -a quadrupedal rough skin reptile with claws, long body and tail. Actually, there are thousands of lizard species. They vary greatly in behaviour, as well as morphology; some lizards have smooth skins, some are legless and have long snake-like bodies. There are lizards with virtually all the colours that there is.  Chameleons, wall-geckos, Iguanas, are all different species of lizards.

In my 200 level, Unijos, I was once asked by a friend who saw me drawing a lizard and some other representative vertebrates on my practical report sheets; Why study lizards?

Because I was so busy, I gave him the simplest answer that I could at that time: “If they were not important, they won’t have been created.”

All the various species of living things found on our planet have their irreplaceable roles in balancing our world and ultimately sustaining life in a complex network of interaction called Food Web. Each species occupies a unique place/position in nature called ecological niche; where it best fits and cannot be replaced by any other. This is why it is always of great concern to us whenever a species is threatened, or worse, gone into extinction.

The study of lizards, especially their eggs, remain a major branch of developmental and evolutionary biology.

With more species going into extinction, nature loses its balance and soon, our very own existence will be facing its greatest threat unless we take practical steps to keep this from happening.

Lizards play a vital role in this self-sustaining planet. They make up a very large (if not the largest) set of organisms in secondary consumers feeding level on the pyramid of energy. They keep the balance by ensuring that insects and many other arthropods don’t bloom beyond their designated ranges as assigned by nature. The lizards, in turn, serve as a large (again, if not the largest) set of species that pass-on this energy to the species at the top of the food chain (tertiary consumers). This flow of energy is to me, the very essence of biodiversity and unarguably the cycle that keeps us alive.

To us, Zoologists, lizards and reptiles generally are the class of animals that first succeeded in becoming fully terrestrial. Life on land became possible because of the evolution of the Embryonic egg. With the help of their Amniotic eggs (shelled eggs), reptiles became the first species to evolve from total or partial dependence on water for their reproduction.

Consider lower classes of animals like Pisces (fishes) and Amphibians; fishes depend on water for life, amphibians depend partially on the water – they still need water to carry out reproduction externally. This phenomenon qualifies amphibians as the bridge between aquatic and terrestrial life. In short, amphibians means “double life”. But reptiles, are the first to evolve into complete terrestrial species. This is why the study of lizards, especially their eggs, remain a major branch of developmental and evolutionary biology.

Through studying the development of their eggs, we now understand better, the stages of embryonic development of the fetus in mammals; humans especially. This leads us into the detailed knowledge we have today on embryogenesis – the basic foundation of the applied science of monitoring pregnancy (antenatal and perinatal studies) in humans.

Lizards and all other amniotes remain our triumphant ancestors that evolved to make life possible on land for you and me today. Let’s respect them.

One thought on “The Study of Lizard”