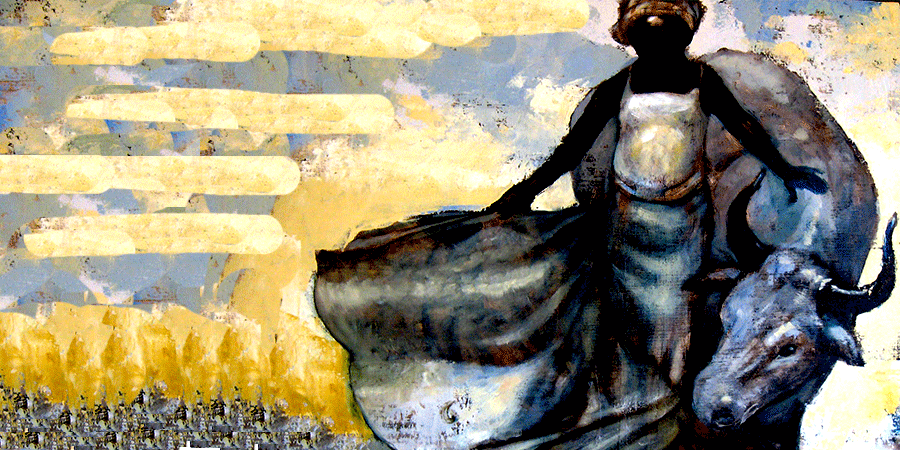 The Fulani Invasion Of Benue State

For seven years now Benue State has been under relentless brutal attack from Fulani marauders. Plateau State is in her eighteenth year of sustained genocidal attacks. Taraba State is equally under intense bombardment. These three Middle Belt States which are essentially Christian have been singled out for Jihad in order to weaken them sufficiently and bring them to the point of capitulation so that Islam can have a foothold. The Agenda of the Islamic North is well known. It has never been that of Mutual Co-existence. If not, how on earth could Benue, Plateau and Taraba States have suffered such devastation?

As I write, the three states are almost surrendering due to the devastation they have suffered in human lives and properties: loved ones, homes, farmlands, farm produce, businesses, schools, Churches, hospitals, trauma, etc. The almost total silence of Federal authorities, security agencies, and the sheer nonchalance is obvious proof that there is connivance at the highest levels.

In the past eight years, Christians have come under dastardly genocidal attacks throughout Northern Nigeria. Boko Haram nearly wiped out Churches in North Eastern Nigeria and displaced over ninety percent of non-indigenous residents. This jihadic trend is gradually but steadily spreading across Nigeria. Sadly, both the Federal Government and the National Assembly have shown no resilience or political commitment to address this terrible and worrisome state of affairs.

I’m not sure that the Ortom government can do anything to confront this evil and deliver Benue State. From the body language, it could be that both the government and the legislature are already compromised. The EFCC’s investigation of key members of the State Assembly and the current investigation of the State Government for alleged Bail Out fraud are enough to silence any robust response to some vexing issues of state. Over the years, we have seen a secret policy of blackmailing leaders of strategic Middle Belt States to tow the line and agenda of the Northern Oligarchy.

The scheme is simple.

They will unearth their fraudulent past of these political leaders and then use it to silence or compromise them. It has been going on for a long time. Our two immediate past Governors have been victims and I believe our current Governor is not an exception. His inability to respond to the recurrent vicious attacks by the Fulani herdsmen is an indication that something is gravely amiss. Only recently it was reported that the ICPC had invited the New Tor Tiv (late last year) for questioning in respect of a N400 million plus fraud allegation pertaining to his tenure as Vice-Chancellor of the Federal University, Dutsin-Ma. For me, it wasn’t a coincidence. It’s part of the strategy to muzzle and undermine our leaders.

Since 2010, Christian Association of Nigeria (Gboko Local Government Council) under my leadership has waged an unrelenting campaign against the genocide and scorch earth policy of Fulani herdsmen against Benue State. We submitted a comprehensive Body of Solutions to the government of Dr. Gabriel Suswan through the then Speaker, Hon Terseer Tsumba. No action was taken. I submitted two Memoranda to the current House of Assembly (personally took copies to all principal officers) almost a year ago. I outlined to the Assembly the danger that current activities of Fulani herdsmen pose to Benue State and equally outlined the dangers that the proposed Ranching Bill which poses to Benue State. Ranching as contemplated is a worse time bomb. We had recommended an eighteen point agenda to address the perennial Fulani crisis (short and long term solutions). Sadly, there hasn’t been as much as an acknowledgement from any quarter.

May believe that what looks like a National Fulani Invasion Program is an international Islamization scheme with Nigeria as the Case Study or Model. What is happening doesn’t look accidental but well planned and articulated. Ranching is obviously part of the Grand Strategy. It is an alternative strategy to open war or Jihad. If the Ranching Policy succeeds in the 36 states, Islam would have found its way to every State of Nigeria more quickly as has been the initial plan. And the general strategy is to create insecurity and panic in Christian regions and to pommel them to a point that they will become war weary and surrender to their terms.

Today, Plateau, Benue and Taraba states are falling over themselves to welcome ranches and Benue State has progressed to the awkward point of welcoming Fulani herdsmen of all shades unconditionally into the State. Listening to government officials and looking at some key aspects of the Ranching Bill, I can bet you that they are not fully briefed about ranching and ranches. I have submitted a Memo to the Benue State House of Assembly on this but I’m not sure they will have the political will to do what is in the best interest of Benue State. Last year Benue and Plateau States received approvals for a World Bank loan. I believe that it was a Greek gift in exchange for softening their opposition to the ranching program. Unlike Benue, Plateau State indigenes organised a huge demonstration against the government that forced it to pack pedal and restrategize.

Today, Plateau, Benue and Taraba States (the most badly hit by the Fulani invasion) have all welcomed ranches. But I want to say without equivocation that they are only preparing the ground for the “Mother of All Battles” (the Take Over or Run Over Battle). For us (the core Middle Belt) as things stand, the war is almost lost even as we feverishly await the final battle. My prayer is that God should keep these Fulanis at bay until we enthrone a government that will confront their menace!

As I write, many Eastern Nigeria States are also capitulating through political manipulation. Southern Kaduna came under a series of terrifying attacks partly and perhaps largely because of their vehement refusal to harbour ranches. Remember that Governor El-Rufai had announced the allocation of 100,000 hectares of land in Kaduna State for ranching without consulting the various communities. That’s the kind of representative government we are operating. Leaders representing themselves at the expense of those who voted them into office.

Different parts of Tivland are under attack right now. Government is overwhelmed I suppose or hamstrung that’s why there seems to be no meaningful and helpful response. The question is: where do we go from here? Until government can provide security, the Tor Tiv and his traditional council should address the Tiv people without delay and tell them what to do in the interim: whether to keep dying, keep running or defend themselves the best they know until help comes from the Federal Government.

I weep for the people of Benue State. They are like sheep without a shepherd. Government is silent. The House of Assembly is quiet. Political leaders are at a loss. The Church is still thinking. Meanwhile Benue people are being hounded, pounded, dehumanized, and slaughtered in cold blood.

I will yet speak but permit me to rest my case for another time!

One thought on “The Fulani Invasion Of Benue State”