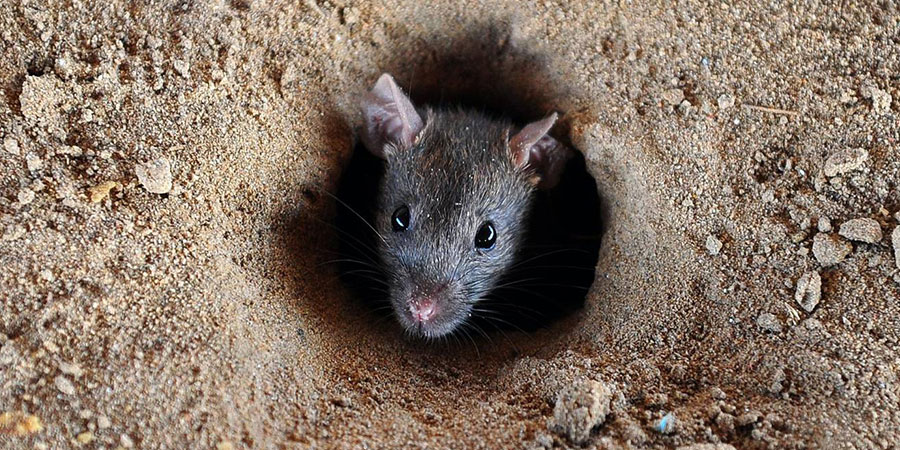 The Devil In The Rat

This particular rat troubled us in our apartment in 2017. We tried every trick to kill the rat for months, it will always escape like the cat with nine lives. The pain of pouring away contaminated foodstuff was too much for me to bear. I bought different kinds of poison and traps and invented different kinds of tricks to no avail.

Then a day came, the day I saw wonders and heard wonders that can’t be explained.
That particular evening, I was sitting outside my kitchen taking fresh air. My neighbour had called out to me needing my assistance in her room. Rekiya is our big Auntie in the compound so I stood up to go inside and answer her call. Before the call from Rekiya, I had earlier heard the sound of the rat under the sink but ignored it cos I was not ready for the unfruitful venture of chasing the devilish rat.

Adanu, do you know this is how you and most Christians today are strategizing and fighting an enemy that was defeated thousands of years ago.

But as I walked into the kitchen to answer my neighbour and there was the rat right in the middle of my kitchen. I did the ghen ghen soundtrack like a Nollywood movie in my mind. I made up my mind that second that whatever it will take, I will send this rat to the next world today. I walked as slowly and as cautiously as I could to look for a stick but could not find any. The only weapon available was a piece of cement block lying in one corner of the compound.

I picked it up and carefully ran back to the entrance of the kitchen. The rat was still there. That made me more furious. So this rat is no longer afraid of human beings, I thought. I considered the size of the rat. It was the biggest I have seen since I was a child in my small village in Kogi. Within seconds, I had strategized on how my weapon will reach for the head. If only I can do that, it will just die instantly, I concluded.

Without wasting time, I hauled the stone in the direction of the rat. There was a loud bang like an explosion. My neighbour shouted when she heard the sound. Both the rat and the stone went in different directions. Yes! I audibly exclaimed. The battle is over. There is no way the idiot rat can survive this I said as I ran to attend to my neighbour who was repeatedly shouting my name.

As I entered my neighbour’s room, I proudly announced to her. I have finally killed that idiot rat. She too was excited, she forgot about what she had called me for and we hurried in the direction of my kitchen. There laid the rat. I picked up a small hoe we normally use to keep the compound clean and tried using it to pick up the carcass so I can dispose of it. It just laid there very motionless. Then, I began to question why a rat I killed just a minute back will be that stiff. I looked closer and had to handle with my bare hands. Ants were already gathering the carcass.

It was then I realised that all through, the rat had not moved. I examined closely and low and behold even the tail was already stiff. After a few checks, we realised the rat was already dead even before I saw it. I wondered what killed the rat, was it one of my many poisons, was it the stone I just threw at it? I wondered as I took the carcass towards where I will dispose of it, then a voice spoke to me clearly.

”Adanu, do you know this is how you and most Christians today are strategizing and fighting an enemy that was defeated thousands of years ago”.

Those words hit me. The word went down my spine and firmly was written on the table of my heart. He explained to me that, ”like my experience with the rat; I have been fighting an already won battle all these years. Wasting energy and weapons when I should be living the victory won for me”.

Is life so hard that you are beginning to feel God has abandoned you? Wondering why it seems like the devil is more powerful than God, are you still busy fighting the devil? Calling on ancestral powers to die? All you may have ever needed is like me is knowledge. The knowledge that the enemy you fight today was actually defeated on your behalf by Jesus and the belt was passed on to you as the victor.

Wake Up today into a New Life. Enjoy the victory that Jesus bought for you on the cross. Stop struggling and fighting powers that do not exist making Christianity look like hard work. The devil is not powerful, he is a defeated foe. Just like me and the rat, just push his rubbish dead body to the waste bin and enjoy your life in Christ Jesus.

Can you please share to let your friends know
the devil is just like the dead rat in my kitchen?

NB: The story of the rat is not fiction, I will post the picture in the comment box.

2 thoughts on “The Devil In The Rat”