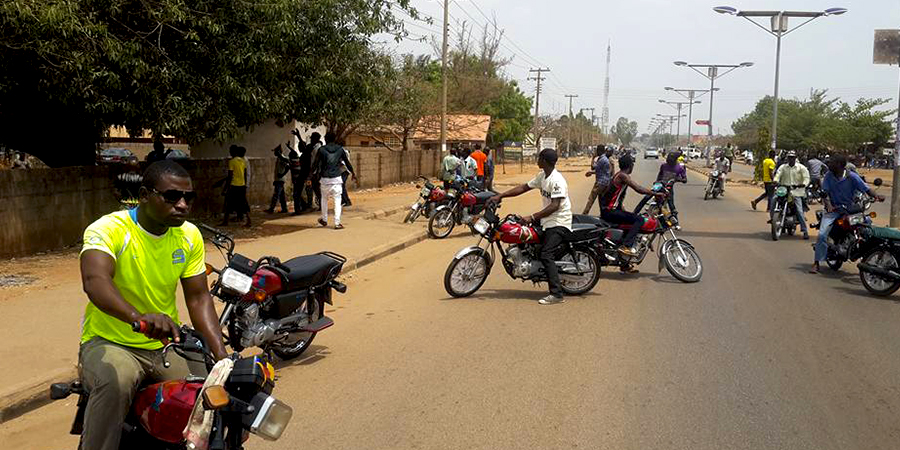 Attitude of Bus Drivers And Motor Cyclists in Benue State

Within the township, the role of public transport cannot be underplayed. It is thus important to group them among those services that aid the movement of people and their goods. There are two groups of them in Benue.

Irrespective of their contribution one cannot help but notice the sort of attitude one has to put up with. How rude they often are and how they tend to show a complete disregard for passengers and other commuters.

The obvious reason takes its life from impatience, lack of respect and indulgence to other unwholesome impulses. It does not stop there. Their lack of discipline has also pushed them to regard the law with loose respect. Of course FRSC have tried to curb this last part by introducing stern regulations against road use and related offenses. The other part cannot be helped because it is related to behavior and character of the individual driver or okadaman.

For the okadaman, over speeding and illegal U-turns and extortion especially at night is high on his list of crimes. While on the part of the town service buses, the conductors who accompany the drivers on trips around town and sometimes the drivers themselves cannot hold their tongues considering the insults, vile and vulgal language that spews from their mouths.

This is not to say their aren’t situations that result from the faults of passengers. Good values have become scares these days as a result, morals have dropped. Now, when you use a town service bus or okada to get to your destination, it does not make you poor or reduce your selfworth any. The idea that those who use these means of transportation have no choice is unfounded.

If anyone chooses to ride a town service bus or pick an okada it does not make that person any less important. Besides it is impolite to assume the status of someone just by their appearance. There is a popular saying: ‘Do not judge a book by its cover.’ People have got to respect others as much as they would expect others to do the same.

The simple thing to expect from public transporters is a little consideration. Even as they offer such valuable services they will loose if people suddenly refuse to board or ride the buses and bikes. It is these passengers who keep them working. Without them, they have no job. They need to rethink their position and not attach undue importance to themselves, but on their role and how important what they do is.

This is however not one sided. Town’s people who use town service buses and okada should also not unnecessarily provoke these drivers and riders. Let us show some respect on either side.