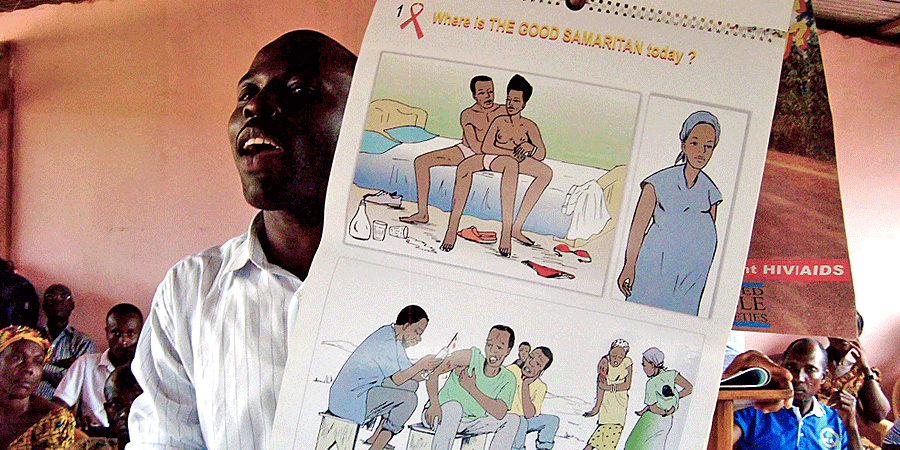 On HIV And Technology (Women In View)

Human immunodeficiency virus (HIV) is a virus that attacks the immune system and weakens the body’s ability to fight infections and disease. It is commonly caught by having sex without a condom. It can also be passed by sharing infected needles and other injecting equipment.

In time past, it could be from an HIV-positive mother to child during pregnancy, birth and breastfeeding. But with new technologies a prevention called prevention of mother-to-child transmission of HIV/AIDS (PMTCT) has reduced the risk of infection of infant of a mother who is HIV positive. Back in the day, HIV is transmitted from a mother to infant before, during and after labour.

Pregnant women with HIV receive HIV medicines during pregnancy and after child birth to reduce the risk of mother-to-child transmission of HIV. In some situations, a woman with HIV may be scheduled caesarean delivery (Sometimes called a C-section) to prevent mother-to-child transmission of HIV during delivery. A handful of women have delivered normally without infecting their children. Babies born to women with HIV receive HIV medicine called zidovudine within 6 to 12 hours after birth and for four to six weeks after birth. The HIV medicine the risk of infection from any HIV that may have entered a baby body during childbirth. HIV testing for babies born to women with HIV is recommended at 14 to 21 days of life, at 1 to 2 months and again at 4 to 6 months. The HIV test used (Called a virologic test)looks directly for HIV in the blood.

In September 2015 the world health organization (WHO) released awe guidelines recommended option BT where lifelong antiretroviral treatment is provided to all pregnant and breastfeeding women living with HIV regardless of CD4 count or WHO clinical stage. Treatment should be maintained after delivery and completion of breastfeeding for life.

Recommendation: At four to six weeks old, all infants who are born to HIV-positive mothers should be given an early infant diagnosis. Another HIV test should be done at 18 months and or when breastfeeding ends to provide the final infant diagnosis.

In 2016, UNAIDS with PEPFAR among others launched start free, stay free, AIDS free-a framework calling for a worldwide sprint towards super fast-track targets to end AIDS among children, adolescents and young women by 2020. Targets relating to PMTCT include reducing the number of new HIV infections among children to fewer than 40,000 by 2018 and fewer than 20,000 by 2020. Than is also a commitment to ensure that 95% of pregnant women living with HIV are receiving lifelong HIV treatment by 2018.

In 2015, six priority countries: Botswana, Mozambique, Namibia, South Africa, Swaziland and Uganda met the global plan target of reducing mother-to-child transmission by 90%. Outside of the priority countries, in mid-2015, Cuba became the first country to eliminate the mother to child transmission of HIV in 2016 Belarus and Armenia achieved the same feat while Thailand became the first country in the Asia and pacific region to eliminate MTCT. As PMTCT is not 100% effective. Elimination is defined as a reduction of transmission to such low levels that it no longer constitutes a public health problem.