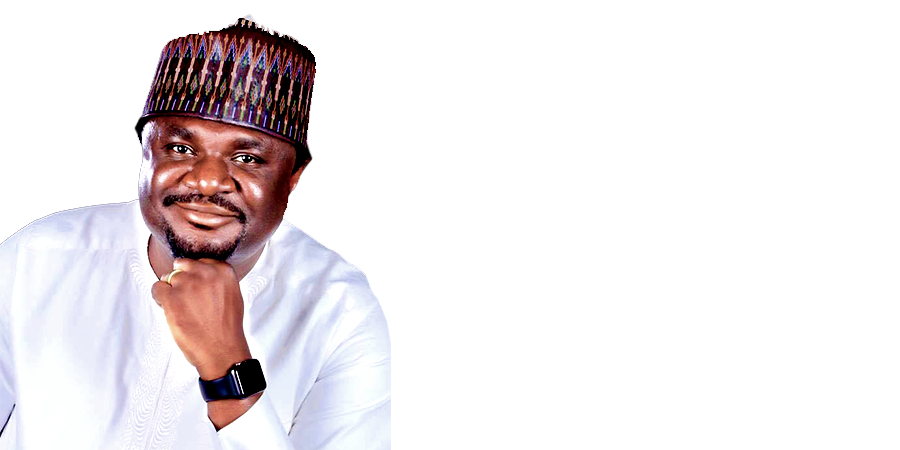 Nom Or Conrad Terhide Utaan (Senior Special Assistant to the Governor on Social Investments and the State Focal Person, Social Investments Programme) was born on 13th of September, 1977 in Makurdi, Benue State to the family of Elder and Mrs. Sylvester Tsegba Utaan of Ndzorov, Guma Local Government.

He started school at a very tender age, at Happy Home Nursery and Primary School between 1981 and 1989 before proceeding to the Prestigious Mount Saint Gabriel’s Secondary School, Makurdi in September 1990. In 1995, Nom Or graduated from Secondary school, recording great feats in the literary and debate, even as a core Science Student.

While at Mount Saint Gabriel’s, he distinguished himself severally, winning the Ade Ifere Memorial Trophy for the best Public Speaker, Bernard Anwil prize for best essay writer, President of the School’s Press Club, Secretary and President of the Interact Club (Rotary International) at different times, District Director Membership Development for District 9120, amongst several other positions and recognitions.

Immediately after leaving secondary school, Nom Or Utaan gained admission into the School of Remedial Studies in Makurdi to sit for the Interim Joint Matriculation Board (IJMB) Examination conducted by the Ahmadu Bello University at the time but did not complete the programme as he soon got admission to Study Electrical/Electronics Engineering at the Federal University of Agriculture Makurdi in September, 1997.

It was at this institution that signs of his political salts began to manifest as he was elected President of the Student Union Body, a position he held until leaving midway for the University.

Nom Or soon got elected to represent the College of Engineering in the Students Representative Council and was subsequently elected Director of Sports in the Students Union Government of the University of Agriculture, Makurdi. He continued as an active member of the union, and was also a strong voice in the Community of Tiv Students (CTS), National Union of Benue State Students (NUBESS), National Association of Nigerian Students (NANS), both at the local chapters and National bodies until he graduated in 2003.

While at the university, he was also the founder of the two major entertainment outfits on the campus; Vogue Entertainment and Seal of Excellence. These two organizations were reputed for hosting students Award Nights, School Cultural Nights and the likes.

Nom Or later founded the first ever campus magazine of that university, FACETS Magazine and was its Publisher and Pioneer Editor in Chief. It was also at the Federal University of Agriculture Makurdi, that the Community of Tiv Students (CTS) bestowed on him the title of ‘Nom Or’, a title his friends and peers have continued to address him with until date.

Upon graduation, he was posted to Oyo State to participate in the mandatory one year service programme of the National Youth Service Scheme (NYSC). While in Oyo, he taught Mathematics, Further Mathematics and Physics at the prestigious Olivet Baptist High School, and later Anglican/Methodist High School, Oyo.

Engr. Conrad Utaan joined the services of the Nigerian Television Authority (NTA) at the Headquarters in Abuja on contract as a Studio Support Engineer, but voluntarily terminated the contract to go into private business and politics.

In July 2007, Nom Or Utaan founded DC PROJECTS LIMITED and became its Chairman/CEO. A position he held until 2010 when he resigned from the board. Under his watch, DC PROJECTS LIMITED ventured into outdoor advertising and engineering servicing with offices in Makurdi, Kaduna and Abuja.

In 2010, after five years on the fringes, Nom Or made his first venture into active participation by vieing for political office, winning nomination as candidate of the All Nigerian Peoples Party (ANPP) on the 8th of January 2011, to contest the Makurdi/Guma House of Representatives seat at the National Assembly in April of the same year. Utaan lost that election to Rt. Hon. Emmanuel Jime of the PDP but certainly established himself politically, not only in this immediate constituency but indeed across the entire state as an emerging political voice.

On the 7th of December, 2014, Nom or Utaan won the APC primaries and was declared candidate to fly the party’s flag for the Makurdi/Guma House of Representatives seat in the 2015 general election. This however was not to be as the inconclusive Governorship primaries of the party in the state provided other options for internal consensus building within the party hence the party’s decision to field an alternative candidate for the said election.

Utaan subsequently joined the State APC campaign team, traversing the nooks and crannies of Benue State. These efforts were crowned with overwhelming success of the party at all elections, producing the President, Governor, two senate seats, six (6) House of Representative seats and Sixteen (16) House of Assembly seats.

On taking over power at the state by the APC, Utaan was appointed Senior Special Assistant to the Governor of Benue State on the Sustainable Development Goals, SDG’s. While working at the Project Support Unit of the SDG’s, Utaan Supervised the construction of numerous Primary Health Care Centres, Solar Powered Motorized boreholes and the supply of medical equipment across the State. He also successfully coordinated the tender’s process for both the State and Local Government tracks of the MDG’s 2015 projects. Utaan was also a secretariat resource support for the Benue State Development Plan 2015 – 2025.

Under Utaan’s watch, the Benue State Office of the National Social Investments Programme has succesfully launched all the interventions and has come out tops in two of the five programmes.

Having been nominated twice to contest the Makurdi/Guma House of Representatives seat on two different platforms, the All Nigeria Peoples Party ANPP and the All Progressives Congress APC, being appointed twice to head two separate desks in the Office of the Governor, Terhide Utaan is now even more prepared for higher office in public service.

He is a member of Rotary International, the pioneer President of the MINDA APC Youth Forum in Benue State, a member of the APC National Youth League and the National Organizing Secretary of the Buhari Youth Organisation (BYO).