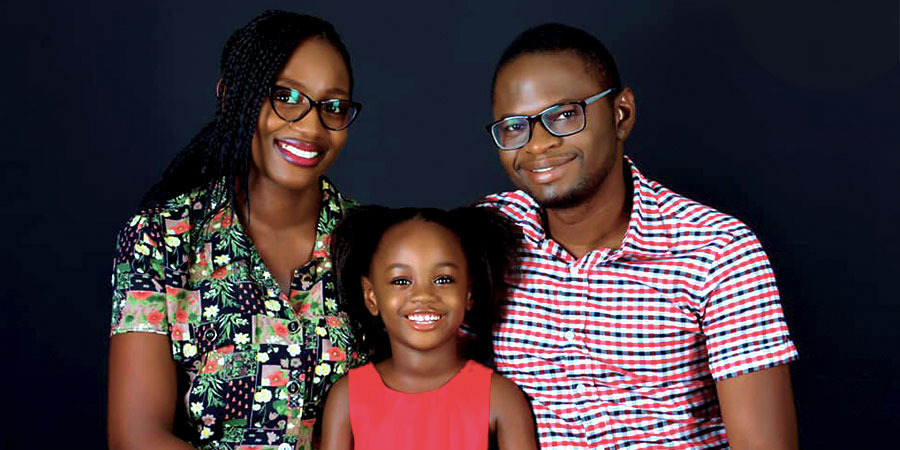 I met my wife in a classroom while she was doing remedial studies at Benue State University, Makurdi. I was already in medical school, at the same institution.  As we chatted for the very first time, I noticed she had a little beautiful book by her side – It was a bible.

I love academics but at that moment, my interest was in the last two questions for obvious reasons.

The beauty of the book attracted me, so I took it to admire it more closely, but she asked me not to open it because there was a note inside she didn’t want anyone to see. Ordinarily, I didn’t plan to open it but with that additional information, nothing was gonna stop me.

So with the curiosity of Adam and Eve, and con of the serpent, I pleaded to convince her, as I concurrently flipped through the beautiful bible in search of the “forbidden” note. When I found it, there was a bible verse written on one side which I can’t really remember the words exactly, but on the other side was a prayer; to gain admission into medical school to become a doctor.

Her desire wasn’t strange given that a vast majority of remedial students want to study medicine, however, the manner through which I found out and her conviction when we interacted concerning her desire was special.

After we chatted for a while, I gave her a small exam with five questions to answer; 1 to 3 was concerning the topic in Organic Chemistry she was reading, 4 was what her best food was, and 5 was requesting for her phone number. If you ever thought I was interested in question 1-3, then you are a learner. LOL. I love academics but at that moment, my interest was in the last two questions for obvious reasons. I got her phone number and her answer for best food was “biscuits and tea” – I’ll never forget.

Months later, she would be one of five lucky ones who qualified to study medicine from the remedial class that year; the only female amongst them. Also, down the line, our relationship would blossom and culminate in a marriage that is blessed with a beautiful daughter.

The romantic story notwithstanding, the purpose of this write up is to announce that the answer to the prayer on the piece of paper in that beautiful little bible is also here.