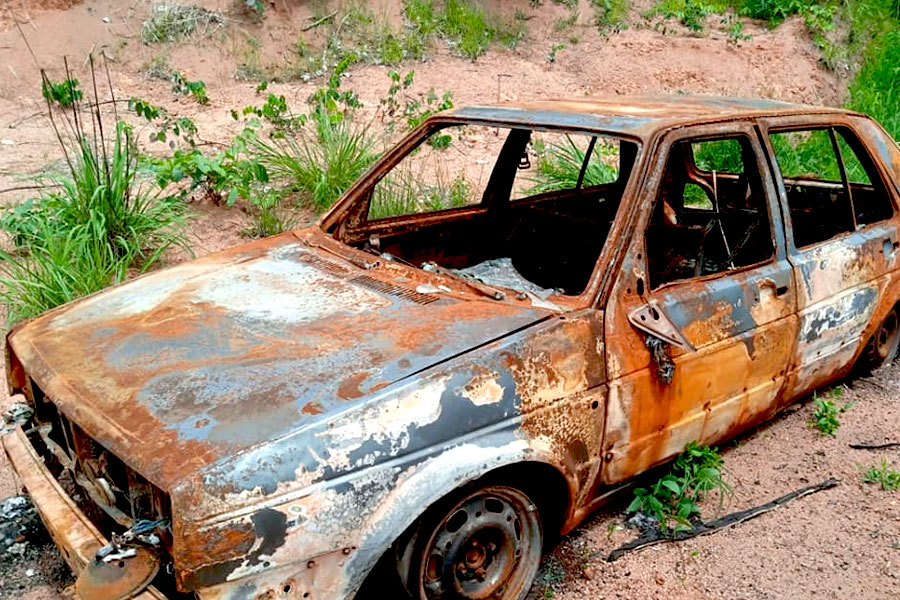 The first time I saw a human skeleton other than in the books was in the Biology Laboratory of our school, which I even later found out that it was made of plastic; it did not feel scary anymore. I studied and knew how to draw and label it off hand; I made a lot of coins from my school mates with that.

Police came and removed the bodies, the car was later towed away; and the community was told not to worry, the people were identified as bandits, but no one ever knew who did it.

Those who grow up in crisis areas are very familiar with corpses littering the area after any deadly attack; sometimes decomposed bodies are even later discovered in the bushes and taken care of. It is never a good sight to behold whether you know the person or not. Robert Burns once said: “Man’s inhumanity to man makes countless thousands mourn”; in that vein, those who make it alive are left to live with the ordeal forever.

There is this burnt car with a complete human skeleton along the high way at about Kilometer four(4), Yandev – Katsina-Ala road, Gboko Local Government Area of Benue State; at the boundary of Mbazembe and Mbakyambe of Ipav extraction; and the relevant authorities seems to care less about it. The residents woke up one morning about three (3) months ago to discover the burnt car with a burnt man inside. There has been no history of hostility in the area however.

The Kindred Heads of Hyaku-Ya Zaki, Asuwe Chekwa and his counterpart; Kindred Head of Hyaku-Tiev, Zaki Igba Asongu and the former Councilor representing Mbakper Council Ward Hon. Ignatius Akpur Chekwa collectively and individually reached the appropriate authorities; the next day Police came and examined the scene, removed the number plates of the car and left; up to date there is no news about the person or what actually happened and no other action has been carried out. The burnt car and the remains of the body are lying just 500 meters away from a Police check point, where they operate almost on a daily basis.

A similar scenario happened last year about half a kilometre away from the present scene but in that case, it was three persons that were burnt inside a car in the middle of the night, the issue was reported, Police came and removed the bodies, the car was later towed away; and the community was told not to worry, the people were identified as bandits, but no one ever knew who did it.

In the recent case, it has been left to decompose at the scene. It was not easy even as a passerby not to talk of the residents in the community, both the sight and smell of it; till the entire body of a full-grown man decomposed and got washed off by the rains, leaving behind a full skeleton.

Here are other posts that could interest you:

I was able to walk so close to take a grasp of a real human skeleton for the first time in my life and not the plastic-type I once saw in the Biology Laboratory again; it is just by the roadside. I have been wondering if that man was cursed, that not even his carcass can be properly taken care of. According to George Bernard Shaw, Man’s inhumanity to man is only surpassed by his cruelty to animals.