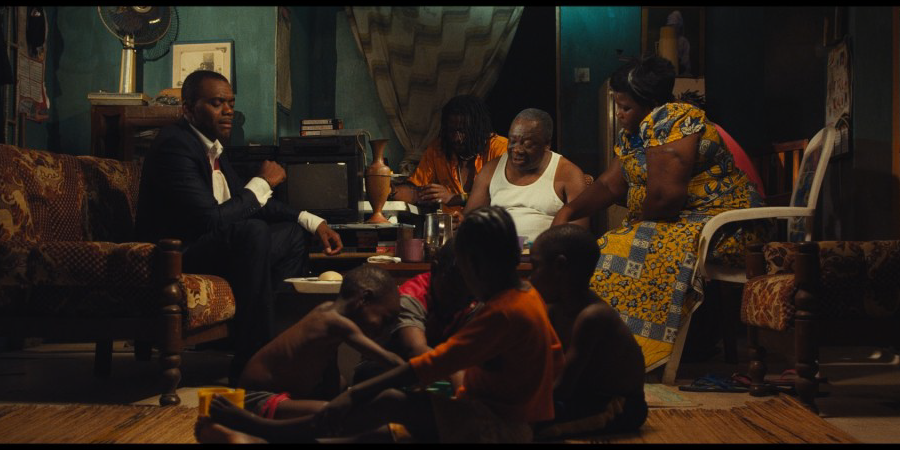 The Tiv people of Benue state have one of the best cultural beliefs in the world. They are so hospitable that regard strangers as gods, and in some cases, protect their visitors with their lives. Their kindness to strangers is exceptional. But unfortunately, this kindness was seen as weakness and taken for granted by many.

The Gbango yam of the Tiv tribe is their pride.

The Gbango yam is the sweetest yam specie in the world because it contains high glucose and fibre content. For this reason, the primary occupation of the Tiv people is farming and the strength with which they farm is mysterious. A typical Tiv man will cultivate 100hectares of farmland with the help of his family, using primitive farm tools. That’s why in the olden days, a Tiv man will marry up to Six wives, and in order to produce children that would give him a helping hand in the farm. A Tiv man cherishes his family dearly, and could protect them with his life because his life and wealth depends on them. Gbango yams gained lot of popularity and drew attention of traders who came to buy and transport the yams to other places in Nigeria.

The headquarters of production which has the highest concentration of the Tiv people, before the eventual raid, was Zaki Biam. Notable traders such as Umoru, Sako and Okafor were among the first to come to Zaki-Biam. Umoru was a magician and a trader who came from the north, he had a bird which goes before him during journeys to see whether the area was less dangerous. It was a “gossip bird”. What became the greatest ever fallacy in Nigeria, started when Umoru came to Zaki-Biam to buy gbango yams.

Umoru was received by Terkaa, the man regarded as the “king of yams” in Zaki-Biam. Terkaa had five wives and 11 children. The fifth wife, Torkwase, was newly married and had no child. Umoru was to spend the night in Terkaa’s home and then go to buy yams in the market square the following day. Being a Tiv man, Terkaa built houses for each of his wives. It was in form of round huts of thatch houses. Umoru was given pounded yam and smoked fish that night. Terka instructed Torkwase to make the wooden bed for Umoru to sleep as strangers were allowed to sleep in the beds while the home owners sleep either outside the room or on the floor.

The males in Tiv land worship the “gods of yams” every night. They would leave by 12am and spend two hours making sacrifices and incantations to the “gods”. It is believed that their strengths were gotten from these “gods”. Terka told Umoru to sleep in Torkwase’s round house since Torkwase has space as she’s got no child. When Terkaa and his children left to and worship the “gods of yams”, Umoru went to Torkwase’s room and slept with her. Umoru thought Terkaa offered his wife to him. For weeks, during his stay in Zaki-Biam, Umoru was having sex with Torkwase who never told her husband since she never got such attention from her husband. She was enjoying sex with Umoru, because he might have used “burantshi” during sex with her.

Umoru told Sako and Okafor, the other traders, about his free gift from Terkaa and told them to try their luck. Sako and Okafor were successful, undermining the Tiv man’s kindness. Umoru got back to the North and told his people the news of the Tiv man’s kind gesture with Sako and Okafor doing the same. As a result, lots of traders flock to their lands to do business in order to experience the “kind gesture”. This was unknown to the Tiv people. They visitors were successful as the Tiv men had many wives and were unable to satisfy them sexually. Still, the Tiv man had no idea of what was happening in their land.

One way or the other, the king of the Tiv (Tor Tiv) stumbled on this development. The Tiv people are believed to have migrated from Congo to Nigeria, and they are scattered within the North of Nigeria, from Benue to Plateau to Adamawa to Taraba state. So the Tor Tiv’s assignment was to identify them and incorporate them under one “umbrella”. It was on his journey to one of the local governments in plateau state that the Tor Tiv learnt that traders coming into his land were sleeping with his women.

The king came home and summoned a meeting. Wives were called and they confessed to have been sleeping with the traders. The men were furious. After much deliberation, resolutions were reached. No man should sit close or touch another man’s wife without permission, and the husband is allowed to kill the defaulter. They feel killing the traders who perpetrated those shameful acts would send strong warnings to other visitors who planned to come to their land- a decision that would come to haunt them. Umoru’s “gossip bird’’ had already told him the plan on ground and he never went back to TIV land again.

His friends, Sako and Okafor were already victims of the new law, they were killed. Terkaa went about killing people and claiming their lands which the Tiv people valued very much. Terkaa killed Terkimbi, a graduate that was sponsored by the villagers to read medicine in American. Torkwase got pregnant and was having problems delivering her baby. Terkimbi who just returned from overseas was called upon to salvage the situation. Terkaa came from the farm and saw Terkimbi assisting his wife in labour and without asking questions, he struck Terkimbi with his cutlass. The gods unleashed hardship to the people in anger. Their crops failed to grow, animals were dying .A region that paraded itself as the food of basket of the nations was now importing food from the neighbouring states. The people blamed a lake flowing from Cameroun for emitting poisonous gases that killed the crops and animals whereas the gods were angry over the death of Terkimbi. The gods held back the rain. Conditions got worse people started dying from malnutrition and diseases. The Tor Tiv summoned the priest of the land for consultation. The gods had demanded that Terkaa be used for sacrifice. The villagers heeded the priest’s instruction and Terkaa with his families were killed and his property were burnt.

Also, the Tor Tiv found out that many women were not receiving adequate attention from their husbands. So he gave directive that if any man can’t satisfy all his wives that man should marry few wives. Also, the Tor Tiv ordered every Tiv man to build extra houses for their visitors and that killing.

State because “mad farmer’’ still lives among us… and you may loose your life. Any man that does not satisfy his wife is an offender and will be banished. Immediately the villagers agreed to these terms, heavy rains fell. Everything came to normal, crops and animals began to multiply. The Tiv man’s pride was restored. The divine kindness shown by TIV people to strangers was reduced. However, Tiv people still worship strangers till today. This is the reason why most TIV men marry one wife so that they could satisfy them sexually. Also, most Tiv homes have extra rooms for visitors/strangers. Umoru is said to have resided in one of the northern states, a blind man who rears goat.

A Tiv man loves his wife to the blood. I wonder why the fallacy that Tiv men offer their wives to strangers for sex still spread on lingering from generation to generation.

6 thoughts on “Hospitality, Not Weakness”