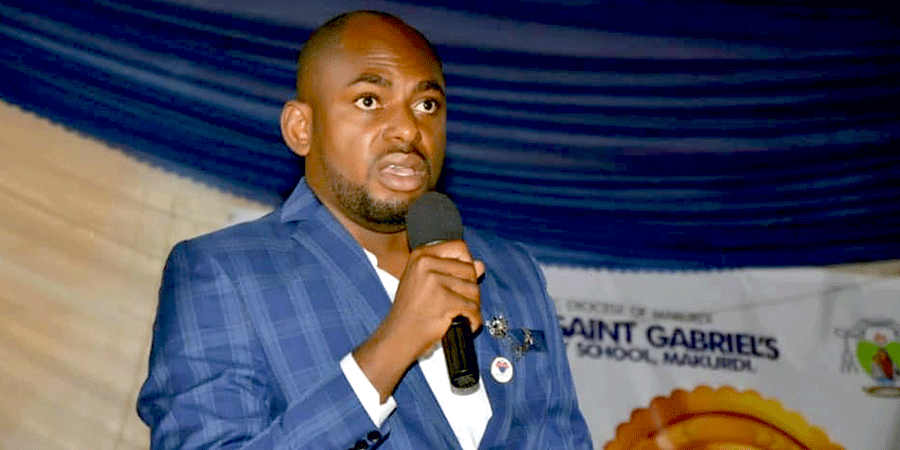 Education As A Panacea To The Lingering Security Challenges In Nigeria

Security is freedom from physical hurt, injury, human right abuse or other threats. Having the fear of the unknown, trepidation and feeling unsafe translate to insecurity. It is also a state where life and property are not protected, which leads citizens to be vulnerable to injury, damage and even death. Nigeria has faced different security challenges since independence in 1960. These security challenges range from political crisis, ethnic unrest, political assassination, cultism, religious violence, armed robbery, kidnapping and now terrorism. These security challenges have affected the country in its struggle for development, as investors are sceptical to invest. Amidst the deteriorating security situation in the country, Nigeria is also confronted with daunting developmental challenges which pose a serious threat to socio-economic development. These developmental challenges include high rate of unemployment, low industrial output, high inflation rate, endemic rural and urban poverty, youth unemployment, unstable and deteriorating exchange rate, very large domestic and external debt, inadequate physical and social infrastructure. Considering that Nigeria has a population of over 200 million people with over 70% of this population living beyond $1 a day, there is an urgent need to tame the negative trend of insecurity and to provide an enabling environment for social, political and economic transformation.

These forms of insecurity are caused by different man-made factors. These factors range from political, social to the economy. They include:

The imposition of unpopular policies

One of the main problems in Nigeria is leadership. We are yet to get a leader who will make policies that the majority of her citizens will embrace and support. Most times, policies are foisted on people despite their disapproval to the policy. One of such policies was the removal of fuel subsidy and deregulation of the downstream sector of the economy at the time when the pay of an average Nigerian worker could not take them home. The resistance to the policy led to a mega protest which degenerated to riot. Another obnoxious policy is the recent attempt to grab land under the infamous RUGA program. This has heated up the polity unnecessarily, leading to mutual suspicion between the members of the different political, ethnic and religious group. When you force an obnoxious policy on people, a channel of violent resistance is created.

It was Bob Marley who said that there cannot be peace if there is no justice. Justice in this context embraces fair play, freedom and giving every citizen a sense of belonging. A twin brother to injustice is corruption. This social vice has been the bane of development of Nigeria despite being blessed with enormous human and natural resources. Corruption depletes the economy of any nation. In saner climes, government do not treat corruption cases with kid gloves because it erodes any iota of development. In Nigeria, corruption has eaten deep into our polity and created a set of unscrupulous rich group and a larger poor class. Though the government has set up agencies like Independent Corrupt Practices and other related Offences Commission (ICPC) and Economic and Financial Crimes Commission (EFCC) and as well as an enabling Act, there is lack of political will to fight corruption. A country where few people steal from the national treasury at the detriment of the majority is sitting on gun powder. The masses may decide to revolt as the elite continue to conspire and loot them to stupor.

According to the National Bureau of Statistics, Nigeria’s unemployment rate averaged to 23.63 per cent from 2014 to 2018, reaching an all-time high of 38 per cent in the second quarter of 2018. The recent estimated data from the National Bureau of Statistics shows that over 90 million youth population which constitute about 56 per cent of our population are unemployed and 9 per cent are under-employed leaving only 35 per cent employed. In Nigeria today, unemployment is soaring very high because critical infrastructure like roads, constant power and water supply needed to create jobs is not put in place by the government despite promises made to fix them. A country with high unemployment is a recipe for crime and violence. This army of unemployed youths can become a nuisance to society. It is a time bomb that must be defused. It is sad and disheartening to see sound graduates in engineering, physics, mathematics etc being unemployed years after graduating from our universities.

This is a social problem that is caused by unemployment and lack of empowerment. We can say that unemployment is directly proportional to poverty. In other words, as the unemployment rate increases, the poverty level also rises. Poverty has affected homes and created a high number of uneducated and ignorant youth who are easily manipulated by politicians and even terrorists for their nefarious interest. Recent statistics released by World Bank showed that Nigeria poverty index still remains at 31%. Oxfam says that 69% of Nigerians still live below the poverty line. The most affected in the country are people in the Northern region. The Governor of Kaduna State, Mallam Nasir El’rufai recently said that the country is divided into two parts, the poverty-stricken North and the progressing South. In the report by the Statistician-General of Nigeria, the highest poverty areas are within the north-east and north-west geopolitical zones. One can easily deduce why there are high cases of crime presently in the North and why children from poor homes can easily be recruited for suicide bombing.

Although cultism was introduced in our educational environment many years ago, it has become a major problem for the youths. We have heard of rival cult clashes that have led to a lot of young people losing their lives. One wonder how a crime that was known to exist only on University campuses, found its way into our secondary schools. We have heard of stories of cultism even in this school, but I believe the Principal, Fr. Asen and the staff have done their best in nipping it in the bud. It is pertinent to note that a society whose energetic population take to crime and criminality under any name, will steadily walk its way into oblivion.

This is the greatest security challenge presently in our country. They come in various forms, ranging from Boko Haram to marauding herdsmen. A lot of lives have been lost to this menace which has been hitherto alien to our society. In some parts of the country especially northeast, the security of lives and property has been undermined due to the activities of Boko Haram. Boko Haram is a Nigerian Islamic militant group that is opposed to western education but seeks the imposition of sharia laws in Nigeria. The group has engaged in suicide bombings in different parts of the country. The Middle Belt is also facing herdsmen terrorism which the government of the day normally water it down to mere herdsmen/farmers clash. You are all aware of what this has caused us in this part of the country. Innocent lives have been lost to this new form of terrorism, farmers are afraid to go to the farm and a large percentage of our population is displaced.

Other causes of insecurity include Poor Intelligence Gathering and Coordination on the part of security agencies as well as underfunding of the Military and Police, external influence from terrorist groups like Al Queda Network, Al-Shabab and forces of imperialism.

Fighting insecurity in Nigeria through education

We have listed the causes of insecurity in Nigeria. Although effort has been made by the government in combating the insecurity challenges using different approaches (especially brute force), not much has been achieved. Different approaches can be used to fight this insecurity: It can be fought with full military might or through re-orientation and education.

My focus is to highlight ways by which education coupled with re-orientation can be used to build a new narrative for peace and security. Education is the process where people are assisted formally or informally to develop their capacities for their benefit and the benefit of society. It is geared towards developing people to live effectively and efficiently in society and to contribute to its advancement and upliftment. Hence, through education, the behaviour patterns of the citizens could be changed in the desired and ethical direction. In other words, with sound education people will start to understand a modern way to resolve problems and appreciate the need to live in peace.

Our education, however, suffers from providing a new orientation of the mind as it relates to the environment. In some cases, the emphasis is placed on educating people in a specific skill or subject, devoid of mental development for peace and security. Education has earlier been defined as a process by which individuals are assisted formally through proper direction and guidance to develop their capacities for their own benefits and that of society. It, therefore, follows that if a nation bequeaths the right type of education to its citizens, the citizens will not turn against their country. The former minister of Education, Professor Ragayyatu Rufai identified reform of the education system as the solution to the security challenges confronting the nation (Daily Sun 2013). She attributed that a sane mind can be able to decipher good from evil.

Although the government should rise to her responsibility of protecting lives and properties as encapsulated in section 14 sub 2b of the 1999 constitution, the rest of us, especially teachers have a part to play in driving this renaissance. There is a need for a total overhaul of the curriculum at all levels of education with a view to providing its recipients, broad-based education in the development of the mind, soul and body; and in comprehending the environment and in the development of appropriate attitudes, skills, abilities and competencies to co-exist with and contribute to the development of the society. This calls for synergy between liberal education, vocational and entrepreneurship education.

The following recommendation on how we can use education to tackle the bane of insecurity in our country is therefore imperative: