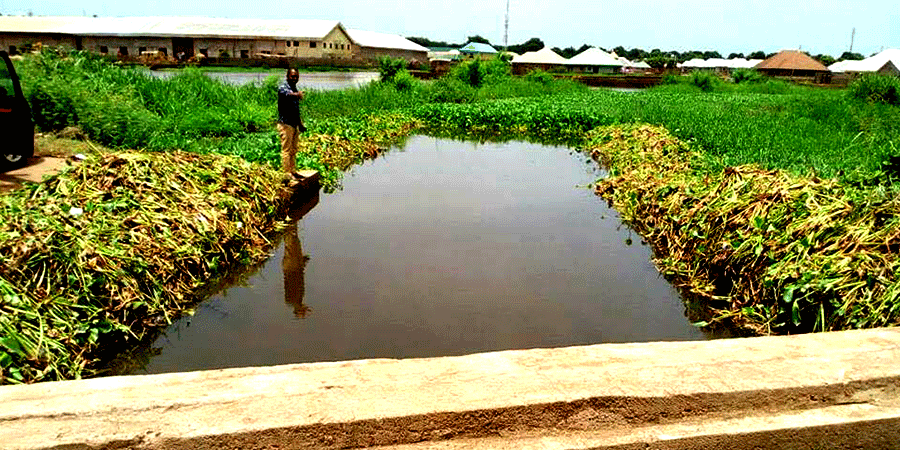 Danger Looms In Makurdi As The Rains Set In

Makurdi Local Government: Today’s farmers day was not a waste even as I could not attend to my farm due to lack of funds occasioned by non payment of salaries especially to those about 1000 staff who last received their salaries in May last year. I have never disobeyed government directives and would not have done so on a policy that visibly saw me through school. I will surely go back to my farm as soon as my bank account greets me with that long awaited familiar tone.

I however attended to an issue that has given me restless moments. Each time I pass on the Ishaya Abakut road, I sight a disgusting pending disaster that may claim lives and property worth millions. The clot drainage that was badly constructed restrains a free flow of stormy waters from Naka Road through Radio Benue to Ishaya Abakut through Wurukum roundabout down to River Benue.

This drainage is currently filled up with shrubs and mud. According to reports, it is said that the contract was given to a former Senate President of jemgbagh area during Akume’s regime but he could not prosecute it holistically. He instead of building the drainage as it is done, he only dug it and left it so. Now, the water way is filled up and the water keeps swelling at every drop of rainfall, posing grave danger to more than a hundred houses including the road itself.

I saw a bit of work done at the beginning of the mini bridge and the end of it which has insignificantly improved the passage of the water. On enquiry, I was told the people living around have done the job but I must say that no significant succour is tenable owing from the weight and volume of the water that looks more threatening than river Benue.

If you love this state and the people who live in here, take a walk to that area just beside Vertex Nursery and Primary school and see that for yourself. It is a serious eyesore as well as a possible disaster in no distant time. I am with all sincerity calling on the Benue state government to urgently attend to that pending flood before they will start budgeting for relief materials and consequent diversion of same.