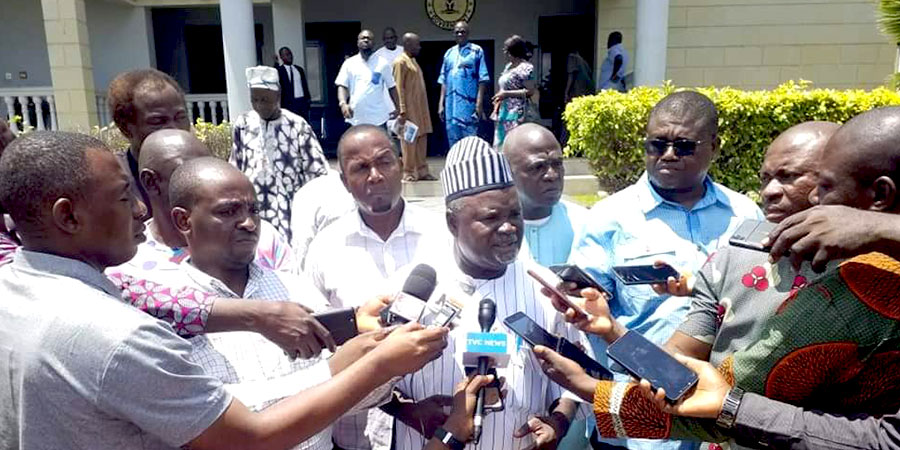 The leadership of the Nigerian Union of Pensioners, Benue State Chapter has distanced itself from the protest organised by the ‘Concerned Pensioners’ in the state, saying the protest was instigated and had a political undertone.

State Chairman of the Union, Comrade Joseph Kyume, stated this today while speaking with journalists shortly after he led a delegation to present the position of the Union to Governor Samuel Ortom at the Benue Peoples House Makurdi.

Comrade Kyume said the Union had held talks with the State Government and had agreed on harmonisation of payment of pensions to all categories of retirees in the state.

He stated that the Union had also requested the Governor to domesticate the Federal Government’s Contributory Pensions Scheme, PENCOM, in the state which the Governor had done and even gone a step further to inaugurate the commission to address the problem of pensioners in the state.

Comrade Ikyume noted that the protesting group was anchored by suspended leaders of the Union who had gone to court but lost, saying the union in the state would not allow itself to be dragged into partisan politics.

Governor Ortom had earlier addressed the protesting retirees where he appealed to them to sheath their swords and embrace dialogue, pointing out that his administration was making frantic efforts aimed at permanently addressing the pensions and gratuities challenges.

He said already, N611 million had been approved for the payment of April and May pension arrears to retirees whom he noted would start receiving alerts on Monday or Tuesday next week, stressing that the domestication and inauguration of Pension Commission would also go a long way in addressing the challenge.