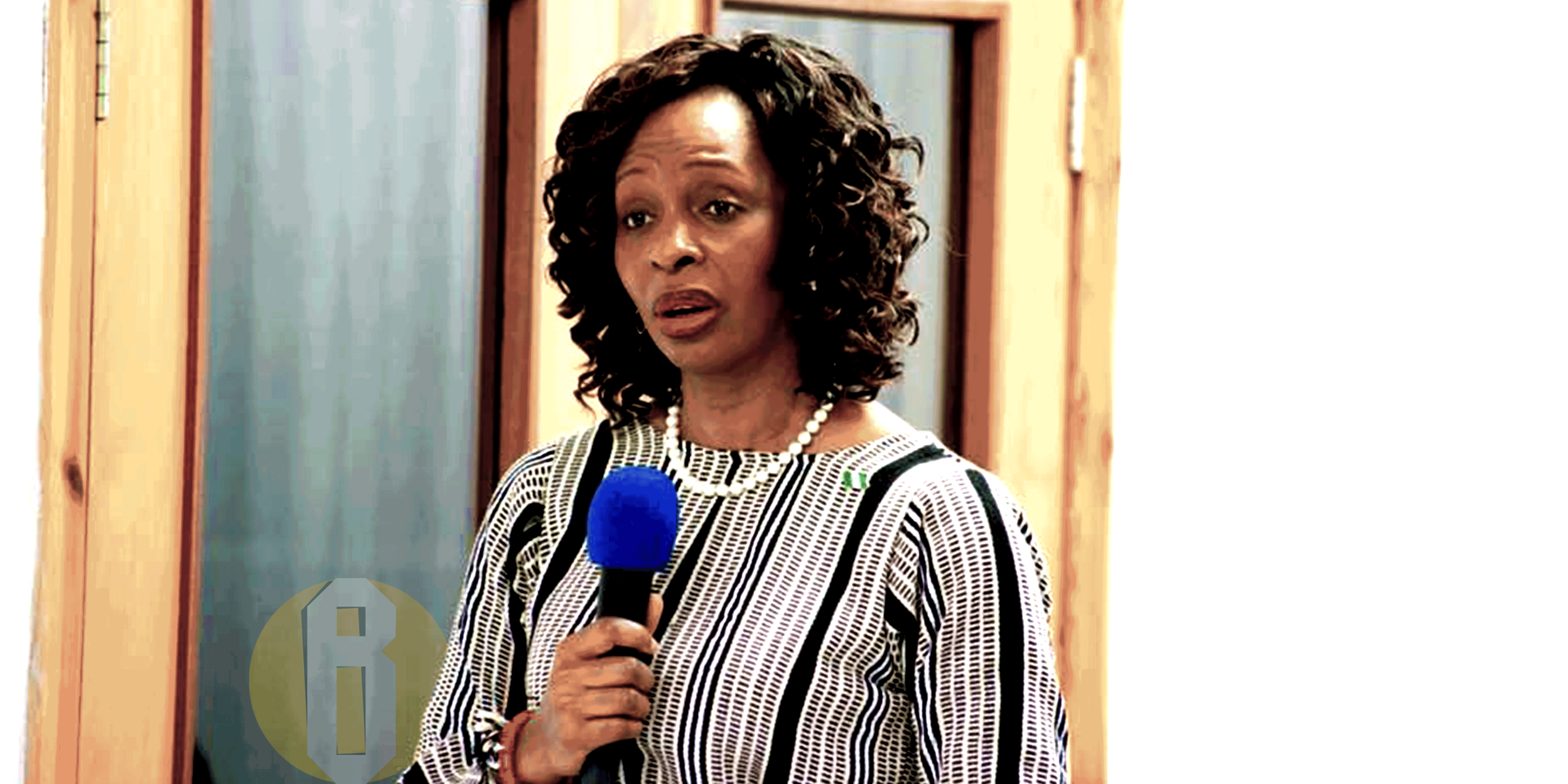 Distinguished guests of the High Table,

Members of the MUTUK Executive Committee,

All other protocols observed.

Thank you for the invitation to celebrate your Annual Day. On behalf of H.E. the Ambassador of the Federal Republic of Nigeria to the Russian Federation, Ambassador Steve Ugbah I bring you warm salutations.

The theme of your meeting this year speaks to the dream of every man, woman and child in Tiv land .

I wish to begin by sharing a quote from Dr Martin Luther King Jr.’s famous “I have a Dream speech. Dr King said, and I quote:

As I was pondering what to say at this August gathering of Tiv minds, I was reminded of a powerful poster that I saw on a student’s door when we were moving our daughter number 2 into her college dorm during freshman year. The poster had the images of Martin Luther King Jr. and Barack Hussein Obama, and the captions for Dr. King’s image read: “I have a dream”, and the caption for Obama read: “I am the dream.” One only needs to extrapolate that the vision Dr. King had was eventually actualized by the election of Barack Hussein Obama as the 44th President of the United States of America.

Dr. King was a visionary leader who had a dream bigger than the times in which he lived. His “I Have a Dream” speech created awareness and compassion about the civil rights movement in America. Much like Ghandi, Dr King’s position on political activism was non-violent, in spite of the threats to his life and the unpopularity of the social movement he led.

The Cambridge English Dictionary defines vision as an idea or mental image of something. The vision of a society is what one imagines or hopes it would be like if things were different from the way they are now.

Nigeria has had its share of visionary leaders including Chief Obafemi Awolowo, Sir Ahmadu Bello, Dr Nnamdi Azikiwe to name but a few. Awolowo’s legacy can be seen in the progressiveness of our brothers of Yoruba extraction. His vision was to focus on education, and today, the Yorubas are undeniably, the most enlightened group in Nigeria. Dr Azikiwe’s vision for the Ibos was tied to education and industry as exhibited by the spirit of industry and the zeal for education of the modern day Ibos. It should be noted that for us in the Middle Belt, while J.S. Tarka was largely seen as a charismatic leader, his vision and legacy for Tiv continue to be subjects of immense debate today. In fairness to JS, he was good at forming alliances for a common goal as exemplified by his alliance with Chief Awolowo in their common interest in state creation. It can also be argued that the futuristic seminal work of Wantaregh Paul Unongo titled: “Where do we go from here” places him in the camp of visionary leaders who never really got to actualize their visions.

Today, Tar Tiv is haunted by a spectre of insecurity posed by the constant clashes of our farmers with mercenaries claiming to equally have rights to the land. We are not alone in our experience of insecurity. Much of the world is grappling with security challenges. However, some nations manage to thrive in spite of insecurity. What are they doing that we ought to emulate? How can we recover from the current scourge on our land and emerge a much stronger Tiv nation? What is my Vision of Tiv Prosperity? I propose three pathways to achieving recovery & prosperity for the Tiv Nation:

For far too long, we have buried our heads in the sand while others around us join the economic development hassle. The time has come for Tar Tiv to tow the line of a deliberate policy of economic development. Let me digress a little. I read somewhere about how many Ibo billionaires were standing by to bankroll Bianca Ojukwu’s run for the Senate. Who doesn’t know that even in developed economies, a candidate for election is only as good as the deepness of his/her pocket. Candidate’s need money to get voters to sort through the clutter and buy their message. Our brothers in the North also have their own billionaires in the persons of the Dangotes and the Dantatas. Although at one point some notable economic pillars in Tar Tiv included Tilley Gyado and Wantaregh Paul Unongo, have the economic actualization of these Tiv sons been sustainable? Are we actively cultivating an enabling environment for the emergence of billionaires in Tar Tiv?

At a recent event hosted by potential investors in Moscow, Some Russian citizens who work for a venture capital outfit could not stop raving about Lagos and how they wished they lived there. On further investigation, it became obvious that the main attraction was that to them, Lagos was just like any other big city in the developed world. Who can deny the role a bustling economy plays in the attractiveness of a country or city?

Typically, after the war tanks leave conflict-ridden zones, the global community mobilizes to use economic recovery to bring restoration to war-torn environments. It can be argued that the communities that have been sacked in Tar Tiv were at war, and evidence of that can be seen by the rising numbers of Internally Displaced Persons (IDPs). These farming communities who have fled to safety have in the interim, abandoned their small & medium sized farms, and if this trend is not stemmed, the once food basket of the nation could be on the cusp of experiencing food insecurity – symptoms of which are already palpable. (health fair anecdote)

Economic development is without a doubt our recipe for recovery and prosperity. However, we have to go beyond speculation and craft a deliberate policy of economic recovery and development in which government creates an enabling environment that supports private sector development. I just came from the Second Eurasian Women’s Conference in St. Petersburgh, Russia. President Vladimir Putin spoke to delegates about what Russia is doing to support women entrepreneurs as a way to maintain a buoyant economy while creating employment for most. We can emulate that. This is a prime example of government acknowledging that it cannot do everything, but it can create an enabling environment. Imagine the employment capacity of all our failed industries in Benue if they were to be revived with both government, private sector and diaspora collaboration. When people have money in their pockets, the economy is buoyant and everyone wins. While it is true that Israel receives aid, Israel has the economic clout to prosper in the face of grave insecurity. They have even made outsourcing their security skills an income generating stream. That is indeed purposeful.

Preservation of Language and Culture

Before I talk about culture and language preservation, I wish to acknowledge the recent efforts by the Tiv Traditional Council under the able leadership of our royal father to emphasize the importance of Tiv language education in our schools.

Language is an important part of any society. It enables people to communicate and express themselves. When a language is extinct, future generations lose a vital part of the culture that is necessary to completely understand it. This makes language a vulnerable aspect of culture as well as heritage, thereby, necessitating preservation.

According to National Geographic Explorer Wade Davis, languages that help shape our worldview and the way we think are no longer being taught to children. Citing rather alarming statistics, Davis maintains that around fifty per cent of languages are in jeopardy due to this trend. Additionally, the United Nations Education, Scientific & Cultural Organization (UNESCO), from facts published in their “Atlas of Languages in Danger of Disappearing,” estimates more than 3,000 languages are reportedly spoken by fewer than 10,000 people each.

Preserving our language and culture can be achieved with families, schools and government collaborating. In Russia, students who pay their own fees are entitled to English language education. Students who receive any sort of scholarship from the government on the other hand, must mandatorily receive their training in the Russian language.

Compulsory Education for Growth and Prosperity

To get a sense of the impact that education can have on prosperity, let’s take a look at South Korea. After the Korean War, South Korea had 78 per cent illiteracy rate. For a while, the World Bank considered South Korea too risky for even the lowest interest rate loans. South Korea for its part knew that education was the best way to pull itself out of economic misery, hence the focus on overhauling schools and educating every child begun. Innovative government policies combined with a vibrant private sector, made the education project a resounding success. Today, South Korea boasts a 98 per cent literacy rate, is a high-income country, as well as model of successful economic development that struggling nations can emulate.

There’s no denying that governments have a critical role to play to increase access to and quality of education available for its citizenry. To thrive in a rapidly evolving world, children need more than a basic education. In addition to creativity and critical thinking, children need to develop a lifelong thirst for knowledge and problem-solving. The role of the teacher remains critical in what New York Times columnist Thomas Friedman refers to as “STEMpathy” – combining science, technology, engineering, and math with empathy. The future, he says, isn’t about what we know, because digitized libraries and powerful search engines allow us to find even the most obscure details about virtually any subject with lightning speed. Instead, the future is about what we can do with what we know. This should affect the way we educate our young people because what makes us uniquely different from computers is our humanity and our empathy, which cannot be found in any algorithm.

Finally, education is not just for economic growth and prosperity, it is also critical in promoting peace and social cohesion. As Ibn Rushd wisely said, “Ignorance leads to fear, fear leads to hate, and hate leads to violence. This is the equation.”  Invariably, what we teach, and what children learn, should reflect the diversity of cultures and promote respect and understanding.

As Tiv, we are at a crossroad where all the decisions we make may define us permanently in this union called Nigeria. Without a doubt, we have not learnt how to form alliances with ourselves let alone with other groups. Let me be clear: unless and until our leaders are aligned in their thinking, we will continue to suffer from serious security challenges as well as marginalization. Even at this most difficult time, we as Tiv do not speak with one voice.

Disunity in and of itself is a security threat. No group has successfully fought a common enemy while at war with itself.

I wish to leave you today with two quotes:

The 11th-century philosopher, Al-Ghazali cautioned that “Knowledge without action is wastefulness and action without knowledge is foolishness.” And we must act, as Dr Martin Luther King, Jr. said, “with the fierce urgency of now,” knowing that “there is such a thing as being too late.”

I hope that when MUTUK convenes next year, our collective actions will have delivered real achievements, and we can then say to each other – we have been neither wasteful nor foolish, and we acted with the sense of urgency that the times we live in call for.