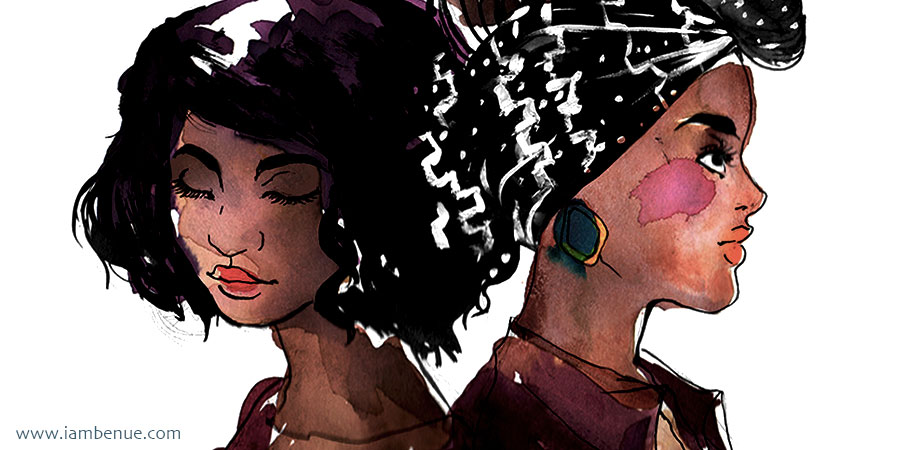 Women and their different shades

I can still remember telling my mother in the face some years ago in the middle of a heated argument “women are all the same, whether you are somebody’s mother or not” at the twilight of my tertiary education. That comment jolted her, took her completely off guard, and she cursed, threatened, lamented and put up a dangerous frame, as if browbeaten, as if I had thrown hot coffee in her face. “Are you comparing me with other women?” she asked in a flat tone, maybe my point of view had touched her cord. I replied in the affirmative and walked away!

“There is nothing in marriage other than children.” – F. Balogun, Nollywood actress.

My experience with ladies over the past decade – an era I will say heightened my sensibility, refined my reasoning and level of cognition – has been down-rightly revealing, insanely bitter and threatening that sometimes I conclude there are no longer good women in this part! That they are all the same, even marriage sometimes thought out of the box. Worrisome, if some people like Nollywood actress F. Balogun would say, “There is nothing in marriage other than children.” One may say am being too emphatic, naive, biased or individuals shouldn’t be judged based on classifications, that I have “no respect for women,” as Mimi Tyoaule would always tell me, particularly worried about my acerbic criticisms of the female folk and their various shades of engagement at every discursive arena.

To her, a woman is a special specie of mankind and has to be treated with respect, tender love, care and carrots and not employ a military approach, or domineering authoritarianism in dealing with her. Agreed! But most ladies, these days social media, throw decorum to the winds and come out half-naked with bra and pants and engage men in fist cuffs, forgetting she is subordinate to man by virtue of natural existence, that it is purely anti-Afrocentric, forgetting the fact a man deserves even more in terms of respect from her! Maybe the white man’s mantra and consuming campaign on “gender equality” has gotten to their heads.

Many of them when hit in return, pushed to the wall and rendered vegetative, readily take to hurling cheap slurs, under the banner of Mimi’s school of thought labelling people “woman wrapper” “low life” “bully”… This is insanely conspiratorial and dishonest!

Q: Must a lady insult everyone and get away with it on account of her gender?

The more reason I say women are very dishonest, and the most vulnerable specie of mankind! I can’t stop telling them the truth, not minding outdated consoling cultural conspiracies from a thousand Mimi Tyoaules. Women are predominantly inclined to aesthetics – artificial hair, long-manicured nails, wears, fashion and money! In all my encounters with women, 90% of them has been caught in this web. And one thing with some of them who did not have the opportunity of romancing the overtly “sinful world” in their early teens is that, a multifaceted and multi-plural terrain like the university environment, offers an escape route from their timid cocoon onto a freelance pedestal. It can only take the grace of God for a lady from such a relatively conserved background to navigate safely through the volatile and shark-infested system, and not get caught or eaten, no matter how she swears to take care.

A friend of mine told me yesterday he just lost a lady like that! So did I, about eight or nine years ago. Although I was older than her, had passed through the system before her, had amassed the needed experience, burning with vigour and candour to impart knowledge, my lover ignored all entreaties to hear the voice of reason, to allow me fetch fires from the Gods to light her path. My only consolation is that she has come to learn her lessons, has interacted with the “sinful world”, has passed through the system and can now relay her story for others to tap from. Am waiting to hear her confess this to me someday, despite her could shoulder each time I throw up the issue.

The “vulnerability” of a woman is appalling. She is easily bought over and readily forgets the good things a man did to her the moment another man brings a bigger offer. She doesn’t see things beyond her nose, but cashes in on immediate desires and pleasures. Her insatiable thirst to be in the premier league, to use a football metaphor, of glamour is legendary! It is the bane of today’s relationships, replete with flippant game-playing, immoral tantrums, serious wars between honest commitment and superficial philandering, the huge hegemony dumped on a woman’s easily manipulated and high-flying psyche for money and glamour and the trading of certainty, security and enduring warmth, true love and a gracious acceptance of the people that truly care!

Like I always say, humanity doesn’t need literature to encourage its waywardness or offer a constructive interpretation of its idiosyncrasies. But literature merely raises a mirror for humanity to see its lurid features, fantasies, imperfections and its obsessions with ephemeralities.

One thought on “Women and their different shades”