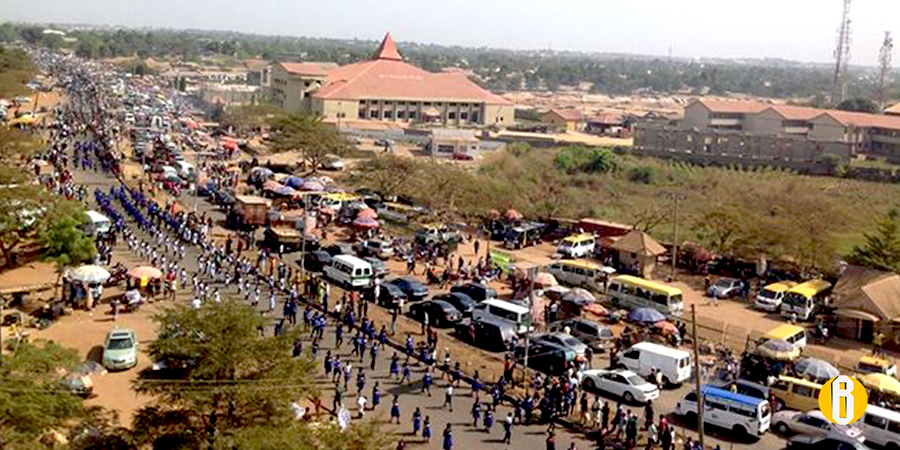 Why Silence The Indigenous Cultural Values Of The Benue People?

In today’s world, it does seem like we, the young people have decided to concentrate more on promoting the values of other cultures while our own cultural values are relocated to the background. Yet the implication that in neglecting to showcase our indigenous roots and the ideals on which our cultures stand on no one will do it for us is not lost.

Take the western culture, for example, most contemporaries prefer the western mode of dressing, speech mannerisms and attitude. Maybe this is because the western culture holds more appeal or because we have simply lost interest in our cultures. But it is important to draw a limit to how we behave. We must understand that no matter how far we carry our desire to do things like the western world does things our background will always give us our true identity. However, we can choose to adopt the promising values of the western world and renounce our primitive values as well as beliefs. Only then can we be able to strike a perfect balance.

Promoting only the values of other cultures is only one threat that an indigenous culture could face. Lack knowledge of one’s cultural and traditional background and trend is the other, the later is the most challenging threat there is. Of course, the former often builds from the later by becoming the influencing factor.

In Nigeria, we have three major cultures; the Yoruba, Igbo and Hausa. Although there are other cultures, these three make up or are more popular when placed side by side with other ones but not necessarily superior. Some of the other existing cultures like that of the Igala’s, Etulo’s, Urhobo’s, Calabar’s, to name a few, are distinguished by their beliefs and customs which pretty much makes each one unique in their own right.

How many literature, short stories, novellas, novels, articles, essays, plays or poetry portray the varying features common to the cultures of the Benue people? – Terna Ortese

In pointing out this fact, what we need to do is promote that culture to which we each belong to. People should not expect a Yoruba man to promote a Tiv man’s cultural values, or a Hausa man to promote the culture of the Igbo man. The best we can do is to respect the values of the other culture. Our true obligations are tied to our own roots. There are a variety of ways through which we can all encourage the growth of our individual cultures. These includes, prose writing, Drama (plays for the stage or theatre), essays and articles, debates and indigenous research. The same recommendation extends to other regions in the country, or other parts of Africa as well.

Let us narrow our focus to Benue State, the middle belt and home to the Tiv, Idoma, Igede, and Etulo people. It really does seem like these groups are not doing much in the way of exploring the many ways open to them to showcase their cultures. As it is, not very many people living outside this geographical region know of the Benue people or their culture. The simple explanation for this is that we have not done enough in the way of showcasing our cultures outside the Benue border and attract genuine attention. How many literature, short stories, novellas, novels, articles, essays, plays or poetry portray the varying features common to the cultures of the Benue people? When you access the internet, only a few references are made to the Benue people.

With all due respect to the Ministry of Culture and Tourism in Benue State, one expects the Ministry to do everything in its capacity to showcase the Benue Cultures through a series of programmes and events but, not much has been done in this regard. What the Benue State Government should do more often is- create many more culturally inclined programmes. This is not all, there are people who are even willing to submit or come forward with proposals for projects and events that will endear the Benue people to Nigerians if the State Government, Companies, NGOs and other corporate and independent bodies operating within the state agree to sponsor them.

The State Government can take a step further by introducing the cultures of the Benue people and the three major cultures in Nigeria in the teaching curricular of secondary schools in the state and encourage school students to learn more of their indigenous cultures. This will help build a foundation of young people with a better grasp of their roots.

Recently, a survey was conducted in Makurdi to rate the percentage of teenagers with a good knowledge of their culture. And it was discovered that only about 25 percent of teenagers in secondary schools scored above the average mark. The remaining 75 percent scored below average. The reason for this is hinged on the fact that most parents concern themselves with educating their wards to become scholars in Medicine, Law, Technology and other fields but not in any of their cultural values. Yet the responsibility does rest with these parents. Another reason is the heavy influence of the western culture on our society. This has made young people unconcerned with their background.

Bottom line, we need to give as much attention to educating our wards culturally as well as otherwise. Knowing the key values of our traditions; how to understand, interpret deep sayings in our local languages, folklore/tales, know how to communicate fluently in our mother tongues, understand the motives behind our cultural institutions and beliefs are areas to begin with. It is only when we know our cosmology; beliefs, ideals, values, language, custom and tradition that we can begin to appreciate and apply our knowledge to our way of life. These values play very important roles in development. There is no two ways about it.