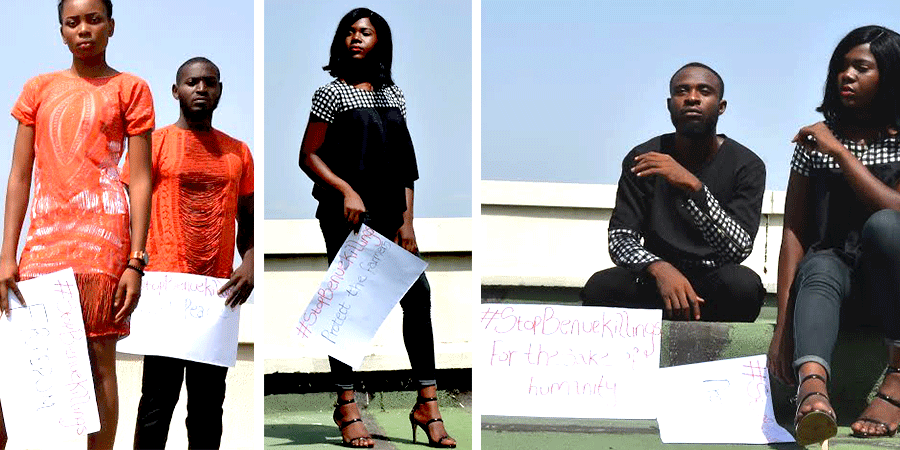 The #StopBenueKillings fashion shoot  protest campaign was conceived and executed to further loud the voices shouting stop the killings in Benue State by herdsmen through fashion.

The campaign, was shot on the 14th of April, at a location in Makurdi the capital of Benue State. It featured 12 models, and no fewer than 10 other persons working behind the scene.

The whole purpose of the campaign, a fashion shoot protest tagged #StopBenueKillings was to… Yes speak out against the killings but importantly to use what we love, know and do which is fashion; and say #StopBenueKillings. With the hope that it will encourage other forms of protest that are not the usual.

For, saying #StopBenueKillings can never be over said.