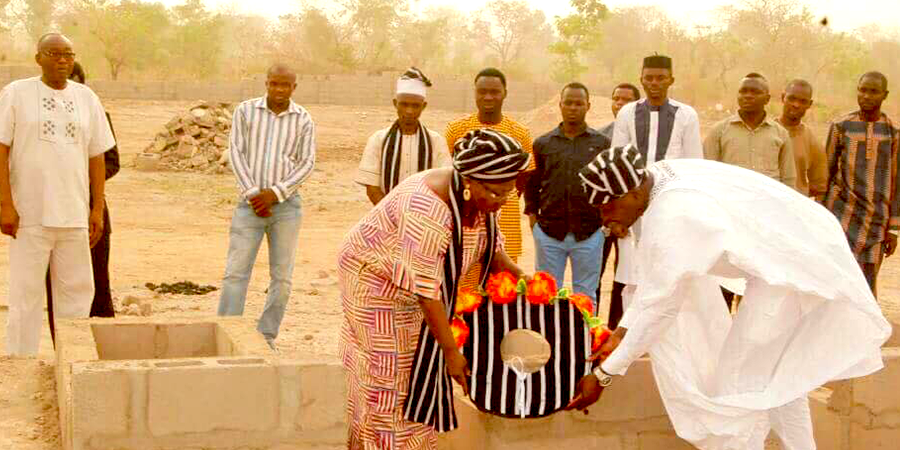 The President of the Mutual Union of the Tiv in the United Kingdom (MUTUK), Mr Kuram Gwakyaa, together with MUTUK’s Secretary General, Mrs Gilliane Mbatomon Sasvari on Thursday 15th February paid a condolence visit to the Governor of Benue state Dr Samuel Ortom following the January 1st attack by the Fulani herdsmen that claimed 73 lives.

They were accompanied by Pastor Peters Ichull, the Senior Special Adviser to the governor on diaspora and international affairs, Pastor Peters Ichull, who introduced them to the Governor and Chief Felix Akiga, a former vice President of MUTUK. Mr Kuram Gwakyaa commended the Governor on the dignity of the state funeral that had been given to the victims. He added that MUTUK were in full support of how the Governor is handling the situation, especially the way he has been standing firm and speaking up on behalf of the people of Benue and that they agree with the Governor’s stance on colonies that it is a not an option in Benue.

Next, they visited the site where the 73 were buried; they observed a minute’s silence and laid a wreath at the site. The President said ‘Their futures were stolen from them in hatred and violence, the victims included children who could have been our future ministers, doctors, or governors have died needlessly.

‘Mrs Gilliane Sasvari further said they intend to continue campaigning until they see an end to living in fear in Benue State’.

They concluded their tour by visiting one of the IDP camps where they met some of the Internally Displaced People and gave donations.

2 thoughts on “MUTUK Paid A Condolence Visit To Governor Ortom”