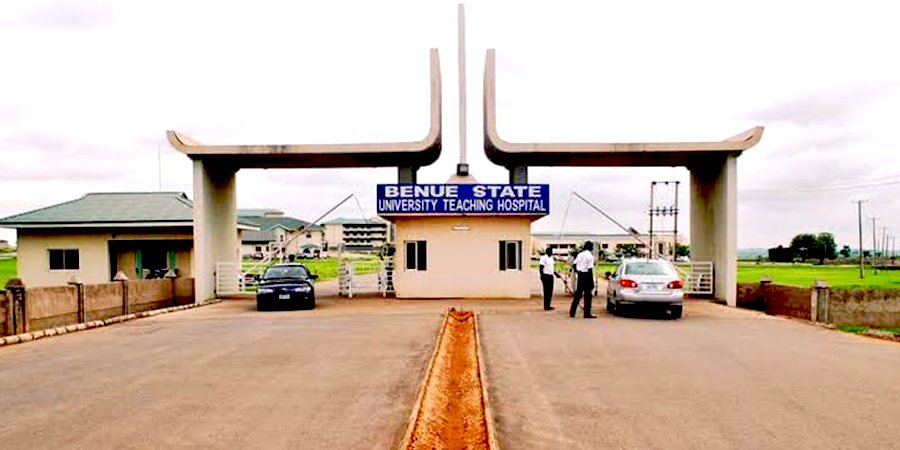 The Benue State University Teaching Hospital (BSUTH) which is renowned to having one of the best infrastructures amongst teaching hospitals in Nigeria is a project that was initiated by the Gov. George Akume led government but was completed by Gov. Gabriel Suswam. Of course Gov. Samuel Ortom had to equip it to meet up to the accreditation requirements to enable the BSU medical students graduate after almost 10 years of study.

I was at the hospital today and was surprised that for the over 2 hours I was there, there was no electric supply and both staff and patients had to bear the brunt of the Makurdi heat. I didn’t get to find out the cause of the power outage but for whatever reason, a public institution of such quantum shouldn’t suffer such ill-fate if all is well with it.

I don’t want to believe it is due to what I heard about the hospital being underfunded.

I learnt the Benue Internal Revenue Service (BIRS) has been responsible for collecting all monies accrued to the BSUTH since the inception of this government but that releasing the percentage of the accrued some needed for the running of the hospital has been an uphill task. The last time I knew, the present medical director was yet to be given an official car after being in that office for many months due to unavailability of funds. Well, that’s gist for another day.

On conversing with one of the staff of the hospital about the general state of affairs at the hospital, she decried the understaffed-ness of the hospital. She said the Nurse to Patient ratio was 1 is to 10. That is, one nurse has the responsibility of attending to 10 patients. Infact she said certain units of the hospital were totally inoperative due to lack of staff. If this is true then the present government can score a good political goal by making the hospital more efficient through the employment of the much needed hands. With this, better health services would be delivered and the rate of unemployment would be reduced.

Again I was at the Benue State University Teaching Hospital (BSUTH) and my experience was less than pleasant.

The emergency Children’s ward had no latex gloves for doctors and nurses use. Patients had to buy latex gloves to be used in attending to them. Well, the nurses in that ward out of their good heart decided to help out by buying the pack & retailing the gloves to patients so that they wouldn’t have to buy the entire pack while needing just a few.

Also, there was only ONE nurse on duty at the entire Paediatric Emergency Unit attending to over 10 critical patients amongst other things.

I was then prescribed a few common drugs like vitamin A, Zinc tabs and ORS. To my amazement and disappointment, I couldn’t find them in the hospital pharmacy. This is rather ignominious because such things could be found commonly in a road side chemist but our teaching hospital is bereft of these common drugs. This makes it clear that the hospital is grossly underfunded. Personally I am not aware of any great ongoing projects in the state that are draining the resources of the state to such a point that the teaching hospital should be suffering this level of neglect. I believe the health of a people should be the top priority of government but I can’t say that is the case in Benue at the moment. The government needs to show greater commitment in safeguarding the health of Benue people by paying more attention to the health sector through proper funding and policies.

The Teaching Hospital has been designated for the free treatment of all IDPs. This is a laudable step but their is a setback that I noticed. Most of the drugs needed to treat the IDPs are not available in the hospital pharmacy so if the patients(IDPs) can’t afford the drugs that are not found in the BSUTH pharmacy then only a partial treatment can be given them.

Also while there is a feeding arrangement for the IDPs on camp, none has been made for those on admission and most of them have barely nothing to feed on or do any other thing. I think SEMA needs to come up with a plan that covers for the upkeep of the IDPs on admission and for the purchase of drugs that are not available in the hospital or else the help being offered can only be termed lame.

My interactions with the IDPs (from Daudu) also brought to my knowledge the fact that there is a clinic at the IDP camp but it also has no capacity to administer any serious treatment as it has no drugs in stock. They also mentioned that most of them who came in from Nasarawa have been sleeping outside as the facility was already filled up which is why a number of the children were falling sick with the changing weather conditions.

The State Government needs to do more in enhancing the effective delivery of health services by the BSUTH and also in ameliorating the sufferings of the IDPs particularly through the provision of better and well rounded health services.

I hereby rest my case.