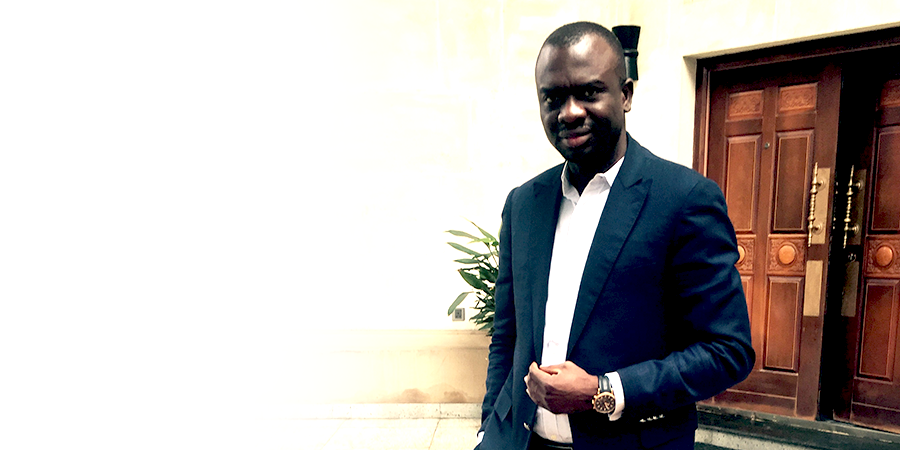 He is a Historian by training,  an ICT proficient by necessity  and a development practitioner by passion and choice.

Trained in Nigeria and beyond, IDG bagged a Bachelor of Arts degree from University of Abuja, Nigeria, studied in the United Kingdom, Knowledge Train (Project Management). He further Worked as Information and Communication Technology (ICT)  Senior  Special Assistant to Benue State Governor Gabriel Suswam with seven years hands on experience. He is an alumni of the Harvard Kennedy School, Boston, USA. (Innovation for Economic Development, IFED).

He is the CEO of I -compliance Tech Nigeria Ltd., a company with interests in ICT, Media, advertising, Online Marketing,  Agriculture, Solar Energy, Software Development, Project Management and Agro Business.

A social rights activists and public affairs commentator, IDG has had his mark on many  issues both national and international.

Sometime in the wake of the campaigns for the 2015 general elections, he convened the Booth to Booth Project : an initiative to take political and civic campaigns to every polling unit. He also very recently co convened the LEADBenue Project; a movement for a greater Benue. One that has continued to trail blaze and set new standards.

LEADBenue is an acronym for Leadership Emancipation for the Advancement and Development of Benue State. LEAD is an ideological movement that seeks to make Benue a self sustaining economic unit through her abundant human and natural resources using what is called the social impact investment as a vehicle to achieve sustainable development and to improve on quality of life of the Benue people and all who live within her environs.

His activism got lighted during the herdsmen attacks and forceful occupation of the Benue valley by the killing herdsmen who dominated the hinterlands and beyond.

He found accommodation alongside other comrades to form a non-violent and non partisan movement to resist this brutal violence against his people. This decision birthed the Movement Against Fulani Occupation (MAFO) and he subsequently served as the Head of Media for the movement.

IDG started his early life as a pastors kid living with his parents as they moved from church to church. This ofcourse would be his first calling to christendom; a believe he has held dear to today.

Born on April 1, 1978 and his father joining the church ministry with his ordination to priesthood in 1983, young Gideon would live in Zaki Biam with his parents from 1983 to 1986 from whence he would begin his primary education at the LGEA Primary School, what later would be  known as St Stephens primary school Zaki Biam.

With his father subsequently transferred to Gboko in 1986, he also transferred his school to the St Marks Anglican Primary School in Gboko 1986-1988. He was was moved to Holy Child Nursery and Primary school Gboko within just a year from where he took the college exams and proceeded to the NKST College Mkar from 1990-1992.

In 1992, his father was called to serve as  Lord Bishop of Makurdi, Anglican Communion after the demise of the first indigenous Bishop, Bp John Terry Iyangemar.

The young Gideon again got transferred from the NKST College Mkar to the Goverment College Makurdi, GCM from 1992-1995 where he obtained his SSCE.

Between 1995 and 2000 young Gideon within the space to gain admission into the university having struggled through many attempts at his O/L and JAMB examinations.

He was quick to gain advantage of the window period to add many skills while  waiting for his admission into the university.

His love for photography soon transformed into a money making venture and he subsequently learnt photography, video editing and computer graphics designs, Microsoft suite and database applications too. He always had an entreprenueral inclination at a tender age of 17.

He later gained admission into Benue State University where he began the  Science Remedial program in 2000 until he decided to take another O/L exams in Arts and a JAMB examinations in the same year at which he was successful.

He gained admission into Benue State University, this time to read History; a course for which he had indicated for preferred choice.

His change of course was inspired by his meeting with Prof Yakubu Ochefu the then DVC of the Benue  State University, a historian with good ICT skills.

His love for national dialogue propelled his constant interaction and many meetings in critical development circles and trainings in this regard, he received trainings in proposal/Report Writing​ in the year 2000, Information and Communication Technology (ICT) Training 2001,

Resource Mobilization and Management in 2003 among others.

Young Gideon  later transferred his studies in 2004 to the University of Abuja when he lost his sister (late Pris Avershima Inyom 1980-2004) in September of that year. He desperately desired an environment change and this informed this decision.

He graduated from the University of Abuja  with a second class lower degree (Bachelor of Arts degree in History) in the year 2006.

He proceeded for the mandatory one year National Youth Service Corp scheme with the Rochas Foundation at the Unity House Abuja and briefly worked there afterwards  from 2007 to 2008.

In 2014 to activate his global perspective and give it neccesary credence, he applied to the Harvard Kennedy School, USA and was admitted to the Innovation for Economic Development class (IFED):  he joined other executives from across the world in this course and successfully completed it.

IDG loves to travel, play racket games  and surf the Internet. He is passionate about the transformation of the lives of his people and believes that only by magnifying office functionality as against the title mentality that this transformation is achieved. To achieve this he an advocate for the survival of the public institutions like schools, healthcare and excellent service culture.

He loves family and father of four children.

Connect With IDG on: