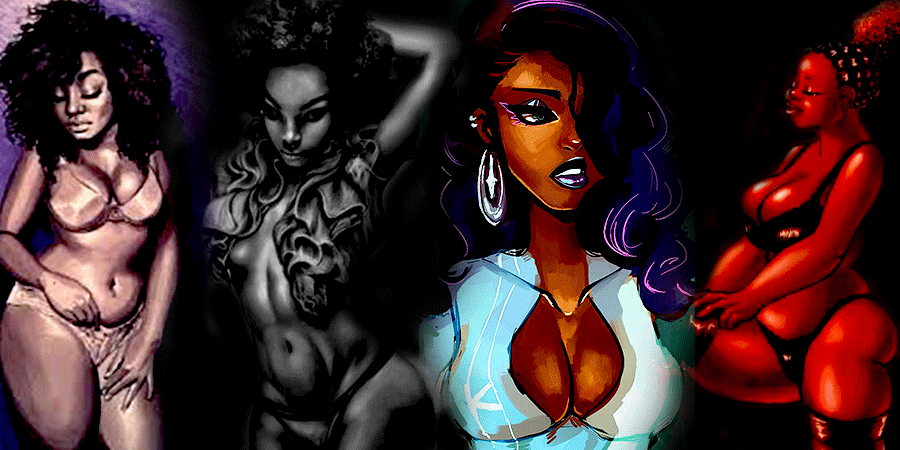 I Love Me An Expressive Woman

Semi nude! Usually, I try to stay out of stuff like this but I’ll make an exception. While what I’m saying may just be my opinion, it will certainly include some facts. We live in a society where our Nigerian men have set unreasonable expectations for women to follow and adhere to. Anything outside of the conversational thought process get criticized.

The worse part is, out fear of being judged, our women tend to conform to such norms. Sadly the same men who judge these women and set these expectations are either freaks in private or want to be freaky but can’t find the right women to get with. So they bash and hypothetically criticize women who have found the courage to express themselves against all odds.

Meanwhile, many women desire to express themselves in the most sensual ways but are afraid of what people might say. Others may feel insecure about their looks and/or may lack the courage/confidence to express themselves so they will rather engage in a transfer of aggression than appreciate their fellow woman.

Why should my fellow women do it if I am too timid or religious to do it? Especially in public…

Well, it’s because God ultimately gave humans free will. We’ll all account for our sins individually, not as a group. So while u may spread the gospel in public and ur legs in private, it doesn’t make u better than the person taking a semi nude or completely nude photo in public.

As if it isn’t annoying enough to see the way our men sometimes treat women; now I watch our women treat their fellow woman the same way. Inevitably reinforcing our men’s mentality and attitude towards women. I just wanted to provide some perspective. While the rationale behind my post isn’t to judge, if you feel judged then you now understand how it feels to be judged.

And oh, this picture looks fabulous even though I don’t know who she is. And I love me an expressive woman. I don’t get along well with the timid or over religious folks. Now you can start judging me from your house. Thank you.