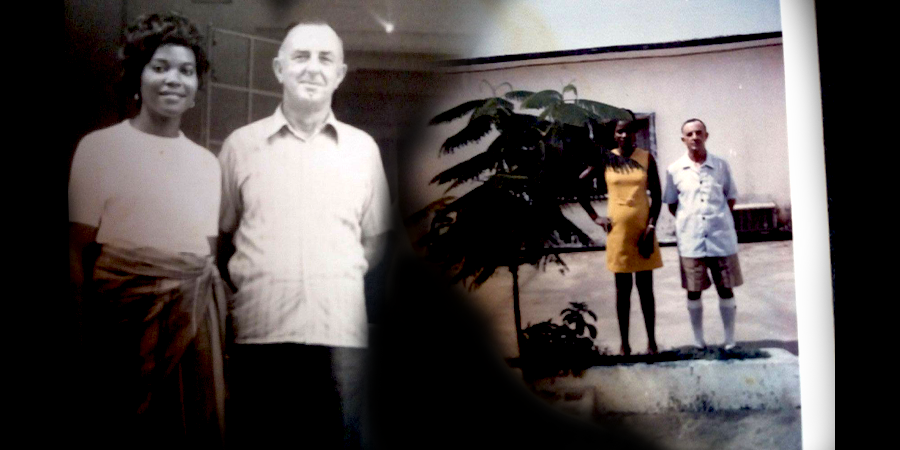 Last night I thought of you.
Since you have been gone so much has happened.
Your values imbibed, you legacy lives on.

All those random people you trained in school are nowhere to be found but it’s human nature I guess.
Kpen the lady you wanted to take for eye surgery made everyone cry wen she kept touching your casket in her blindness and saying she could feel you. I was strong up until then.

Enough about others let me tell you about your family.

Sewy is hard working, still the lady you raised her to be and always remembers not to settle for less.
She does not take short cuts, still does not speak a word of ” broken English”.
She has never climbed a tree and sticks to skirts.
She goes to church a lot by my standards even though that was never your thing. Still brilliant too.

Iorokaa(grandma) died 5 years after you, she survived cancer but died of heartache and a heart problem.
You see you went off and she had no one to really talk to or have nice tot of whiskey with.
She carried on like she was alright but I knew you don’t live with someone for over 30 years and remain the same when they are gone. Hopefully you have found each other and are playing backgammon and drinking whiskey while laughing at our shenanigans.

Gwev as you called me has broken a lot of the rules you had, I drink beer from the bottle(you can’t trust glasses these days). I walk really fast and don’t stop to smell nature(in my defence there is pollution and kidnapping everywhere). I don’t garden so much and don’t have any animals to look after(I have the two legged ones but they don’t count). I watch too much TV and don’t visit people(I’m working on it). I don’t send birthday or Christmas cards and I have joined the league of people that show up to a party empty handed. I drink more coffee than tea, this adulting business is a pain in places I can’t mention but you understand.

We eat less vegetables now, everyone hates boiled cabbage and okra but I’m still loyal. I try to make a roast every now and then but my African child would rather eat rice. Yes you have a great grand daughter.  You would have loved her, she is curious yet shy, she is no tomboy but I raised her wearing jeans so she sticks with that. She reads a lot and has a smart mouth just like you advised. She is going to Uni. soon and lord knows I do not have it all figured out but I trust that as I remember your teachings with those of your wife we shall make good headway.

Rose is married with a son, yes she is all grown up and a mother I can’t believe it myself. He is cute.
The baby from Terna is all grown up and in University too. She is called Jennifer smart and has a good head on her shoulders. Elizabeth is still in Gboko, not sure why she loves it there so much but home is home you always said.

Joseph has another wife and hopefully his last, she has 3 children who are super intelligent and he finally has the boys he always wanted. He has not changed much.

We lost Eugene, Eric’s son. The cute one that always followed me around. He had a bright future but like a candle in the wind he was blown out.

We cannot find uncle Steve lock, could you point us in his direction?

You remember our gossipy aunt who you always described as the one” who’s husband had 3 wives and 16 children. We seem to finally be rid of her and her kids as she stopped coming over once the golden goose that laid the eggs(your wife) died.

P.s grandma spanked me after you passed and made me hue firewood for your wake keeping.

She ate up my garden too.