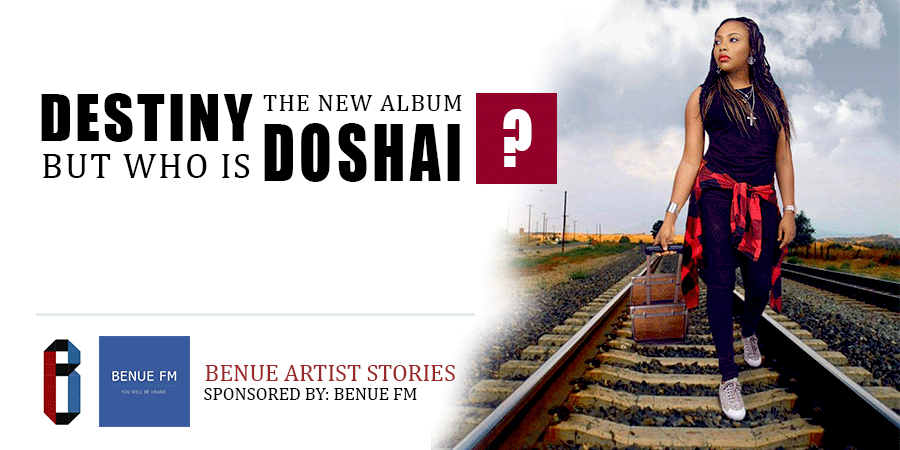 Dooshima Gideon-Inyom also known as ‘Doshai’, a born and raised Nigerian and graduate of English from the Benue State University, BSU is a songstress from birth and a gospel artist with a mission to reach every one with Godly inspired songs and touch their souls through her music.

She just released her album called “Destiny” a compilation of 10 gospel songs. The album has songs like “Nobody”, “Benue”, “Holy Spirit” (ft Solomon Lange) amongst other glorious hits. She is currently working on several videos to promote the album.

She has previously performed at many events including the banquet hall of Presidential Villa, Abuja and many Church congregations and events.

She currently hosts a monthly musical concert called ‘A Father’s love’, where she is joined by some friends to praise the name of God through music.

She loved and shared a stage with Late Kefee before her untimely death. She has worked with Sampro and Mekoyo, who also produced one of her songs, “Nkem“. She has great love and passion for music and she’s determined too.

She hails from Benue State to an Ibo mum, this explains why she speaks and sings in Ibo fluently. She is married with three lovely kids.

To get in touch with Doshai: