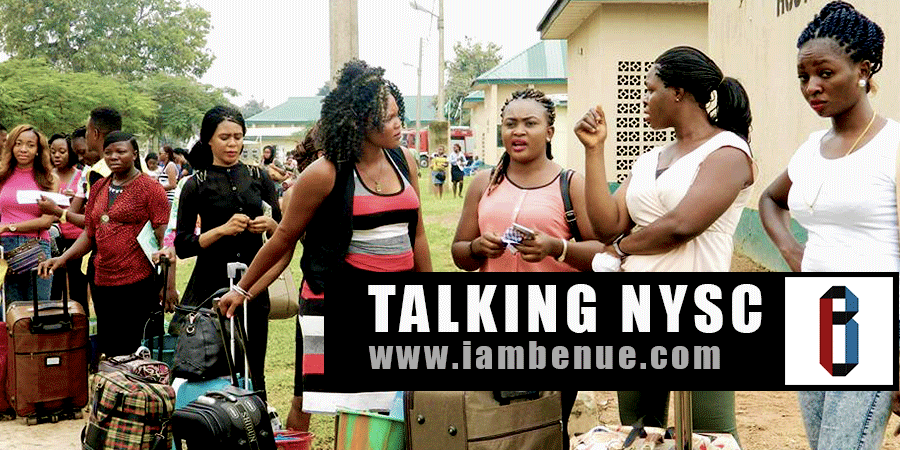 After National Youth Service Corps POP, What Next?

This afternoon, the 2015/2016 set of Batch B corps members all over the country marked the end of its service year with the Passing Out Parade in all the states of the federation plus the FCT.

Established in 1973 by the government of Gen. Yakubu Gowon in a bid to reconstruct, reconcile and rebuild the country after the Civil War, the NYSC programme has come to stay, developing in the Nigerian youths the attitudes of minds acquired through shared experience and suitable training, which will make them more amenable to mobilisation in the national interest; raising the moral tone of the Nigerian youths by finding them opportunity to learn about high ideals of national achievement, social and cultural improvement as well as inculcating discipline by instilling in them a tradition of industry at work, and of patriotism and loyal service to Nigeria.

Indeed, there is no gainsaying the fact the scheme has achieved, to a tremendous measure, the ideals it was established to achieve, as national integration has not only been enhanced but prejudices removed, ignorance eliminated and firsthand confirmation of the many similarities among Nigerians of all ethnic groups felt. One can go on and on.

I can still remember with nostalgia my first journey to the far North as a newly posted Corps member to Katsina State in 2008. Before then, I used to only hear about the state in the media and nothing specifically extra-ordinary about it apart from being lumped together with the rest of Northern states constituting a violence-prone, dirty and poverty-stricken region. But after my NYSC call-up letter said “Katsina State”, a look at the map said the place sat on the North-Western hump of the country and shared borders with Chad and Niger Republic – a distant, distant land! But I had to “obey the clarion call” and off to Katsina, I went.

The journey was, and even unto this day, in two stages. This was because there was no direct public transport operating from Makurdi to Katsina, and so one was torn between four or more choices: either to board a vehicle from Makurdi to Abuja or to Zaria or to Kano or Kaduna before completing the second leg of it. I settled for Kano.

This was no short distance, a journey of about ten or eleven hours. Surprisingly, from Makurdi to Kano – the longest leg of the journey – didn’t seem quite a problem, but the second or last leg of it which takes about three or more hours seemed far more than hell. Sandy deserts and sparse vegetation which punctuate the climatic condition in the arid region gave way to mournful-looking mud houses, which sometimes took fifteen or more kilometers before one could see a settlement, or a living soul. It was a long, long journey, to a distant never-never ending land that presented itself as a dangerous clime for human existence with its deserts of archetypal historical features of yore.

For Raph Waldo Emerson,”wise men put their trust in ideas and not in circumstances”. I indeed put my trust in the ideals of the NYSC. For if one had bothered about the circumstances therein, one would have been discouraged. One thing I will forever be indebted to Gen. Gowon for is his initiating the NYSC programme; coming to Katsina was an eye-opener to me contrary to the negative stories peddled by the media the Northern part of the country was only mired in hunger, poverty, diseases, illiteracy, the streets congested with beggars, lepers, all derelicts.

While one can’t obliterate the fact traces of most of this branding abound, some circumstances, areas or conditions are insanely over-stated. I was shocked by the level of infrastructural development there, the place had truly undergone a revolution under the watch of a careful leader. I was equally thrilled by the sizes of the buildings and automobiles, and I concluded the media had painfully been hyperbolic in its reportage, had sinfully compromised and tragically murdered the “journalism beat” by generalizing issues about the region, and poisoning the minds of the rest of the country!

The Katsina State NYSC orientation camp itself, located a few miles away from the heart of the state capital along Mani Road, was neatly fenced and freshly coated with heart-warming colours of paint, the huge storey buildings erected inside the place stood tall and as firm and elegant as the Egyptian Sphinx, resisting the harshest of weathers; the buildings were cheerfully and professionally built as though they were meant to serve some sort of high-profile international or federal purpose, the neatly tarred and paved roads around the vicinity and Katsina metropolis, the streetlights, the newly established Umaru Musa Yar’Adua University we saw on our way into the state capital, the state-of-the-art State Secretariate which I would visit months later, the huge investment in education and healthcare, and the “free education and healthcare policy” I also got to know about later, all made me took something like pride in the late Umaru Musa Yar’Adua.

All this was a slap on my face as a native of Benue State given the fact the premises of a secondary school in Gboko LG still served as the Benue State NYSC orientation camp at the time; a slap on my face Yar’Adua completed such a magnificent university with a serene environment and monumental architectural designs with state-of-the-art facilities in place under five years, yet Gov. George Akume of Benue kept on sinking billions building just a single faculty of medical sciences at the Benue State University, even without laboratories and a teaching hospital associated; the same faculty which had been unable to produce a single medical doctor after more than nine years of its existence.

My service year was a rewarding experience. Living with people of different culture and religion afforded me the opportunity to appreciate the beauty and value of diversity, preparing me to adjust or easily fit in under whatever condition and whereever I would find myself. And I have lived happily in the North since then, the only bitter experience or moment which made me almost throw away and forget all I benefited from the NYSC scheme being the 2011 post-election violence that claimed the lives of some innocent corps members. Promising Nigerian youths who commited no crime! The only crime they commited was obeying the “clarion call” from the far-flung corners of the country to serve their fatherland; promising youths who were cut down in their prime for what they knew nothing about, national events in which they had played no role! That very incident has entered my head, built a house there and left me with a cold shiver – a shiver that will remain with me throughout my stay in Northern Nigeria!

And so I congratulate the outgoing corps members on successfully completing the mandatory one-year service programme. I thank God for sparing their lives to see this day; some could not make it for one reason or the other, we ask God for peace on their behalf wherever they may be! Glory be to God for all the good provisions for a healthy living and protection for you all through the service year. The service year, no doubt, provided you the opportunity to showcase and exhibit your innermost tenets, which will not only propel you to greater heights, but also transform you into special breeds of individuals that will aspire to acquire all it takes, to see and conquer. The Passing Out Parade, popularly called POP is one among the four cardinal points of the NYSC scheme, and marks the end of “service”. It is a historic moment in the life of every corps member. It marks a kind of transition from one level into the next level. And this transition or next level could be comfort, it could be freedom, or even boredom! Some of you that may be lucky or have long legs will immediately get lucrative jobs, while others not so lucky or without long legs will experience the pungent fangs of unemployment.

Stories have been told of some ex-corps members who wished they could continue serving, so they’d be collecting the monthly stipend from the FG commonly christened “allowi”. That shows the level of hopelessness and despondence an ex-corps member can go through. But if I may borrow words from the great philosopher Albert Einstein, he said: “I believe life is constantly testing the level of our commitment, and life’s greatest rewards are reserved for those who demonstrate the never-ending commitment to act until they achieve.”

The pertinent question now is, are you passing out to be committed towards achieving goals or you are passing out into hopelessness or oblivion? Gone are those days when at the wake of your graduation from the university, polytechnic or college, jobs will already be waiting for you. The trend has changed, a new wave is blowing into the scene, a new gong is beating, the tide is turned; is either you have somebody in the corridor of power or you forget it! But as a focused corps member, it is expected that towards the end of your service, you should begin to make the necessary contacts both within the state of your service and elsewhere. And while you wait for the reply, you should have yourself meaningfully engaged. It does not matter where you work or the kind of job you do, but it depends on your plans for the future.
Get yourself a job, no matter how small it is. Others who have a little financial capital or have reliable sources for it can equally delve into private business. You do not necessarily have to wait for that colourful and not-so-far-away but elusive bank job! You will waste the precious time, which you would have devoted to your self-development! I also recommend that those who still can get support from guardians or family members or parents should immediately enrol for postgraduate studies while they comb the labour market for that dream job! Killing two birds with one stone right? There is a saying by the Tiv people that “a blind man with two cooking pots on fire does not have the food in both of them burnt no matter how unfortunate he is.” I am always excited about this charge for the youths to acquire more degrees or education and get better enlightened. This does not only stand them in good stead employment-wise later on, but also brings a lot to bear on the social-economic, political, leadership, managerial and cultural improvement of the nation.

So do something meaningful with your life now! It is now or never! No matter how small it is, a journey of a thousand miles begins with a step! The Igbo people have a saying that whoever has a black goat to look for should do so in the daytime before nightfall. The Englishman says “make hay while the sun shines”. Personally, I don’t fancy the situation whereby a corps member passes out, stays in his parents’ house, eats, sleeps, prancing about in the name of looking for a job.

I wish you all good luck as you go into the labour market, and by God’s grace you won’t experience the satanic “logic” of job-hunting in Nigeria. You will get your jobs not too long.