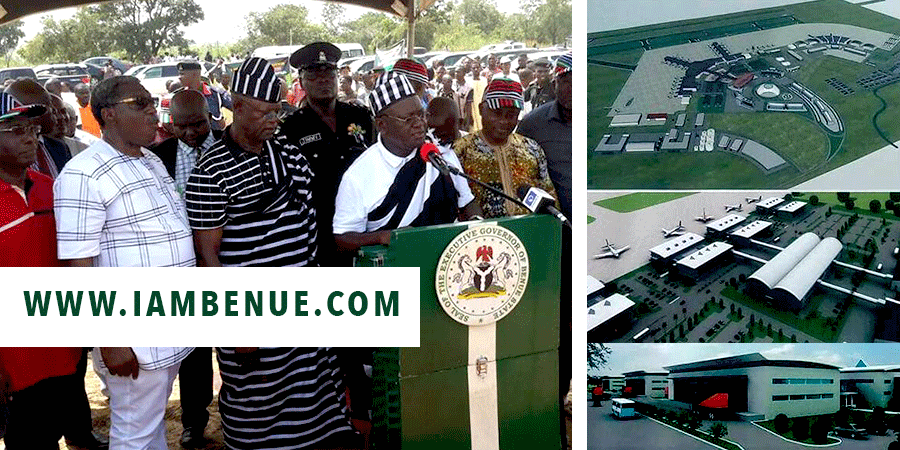 The much awaited groundbreaking ceremony for the Cargopolis Makurdi Airport, eventually came to pass. It was the first time in Nigeria and the entire West African sub-region that an event for the construction of an airport of this nature and magnitude was held. In otherwords, when completed, the Makurdi Cargo Airport will be the first of its kind in the sub-region.

Beyond the possibility of holding such an enviable record, here are some of the other significant things to note about the Makurdi Cargo Airport:

Statistics show that trade in goods represented 96% of Gross Domestic Product, GDP, in sub-Saharan Africa in 2010, higher than the 76% recorded a decade earlier. This pleasant reality presents states like Benue with the opportunity to use their comparative advantage in agriculture to drive the economy. This is the direction Governor Samuel Ortom is moving.

As the Governor said during the groundbreaking ceremony, the Benue State Government is giving maximum support for the successful completion of the cargo airport believing that when it begins operation, the benefits will be unquantifiable.

Imagine that with the coming of the cargo airport, the post harvest losses our farmers face yearly are reduced. Imagine that people begin to export their farm produce to Europe, Asia and the Americas. Imagine the value addition this development will have on the people of the state.