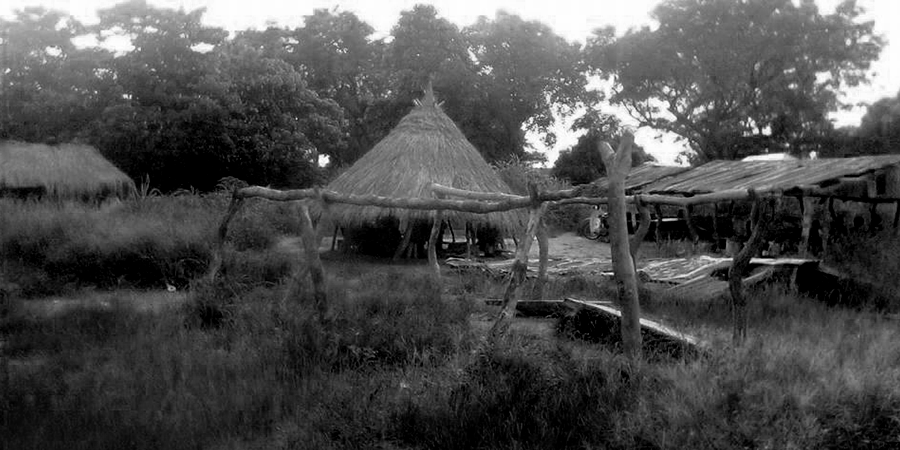 Today, Adikpo market is one of the major markets in Tivland. Adikpo town doubles as the headquarters of Kwande Local Government since 1976. Adikpo is also, the economic nerve centre of Kwande Local government.

Through the ingenuity and wisdom of her funding fathers like Akpoo Aberaka and later, Ako Dzunwe Shande, Adikpo grew steadily to emerge as a London; a promise that now stands still. I have written copiously on the history and development of Adikpo town in my previous attempts, so I won’t toll that line in the present discourse; what I will rather attempt here will be an expose on the man Adikpo Ademagba Aisa; the man who the colonialists found worthy to head the then newly created Nanev District; the man that the town is named after .

Mr KP Maddocks wrote in 1936 that like other southern Tiv clans, Nanev and Usar were first included in Southern Nigeria, but no formal system of admistration was set up until the transfer to the nothern provinces in 1914. Maddocks, who then was an Assistant District Officer (ADO) further revealed that it was then that the clans were formed into admistrative district of which Adikpo Ademagba, an intelligent elder of Mbayoo was made the first district head.

In addition to age and intelligence as as colonial records suggest, other reasons that might have counted for Adikpo might be, because he was from Mbayoo and from the Ademagba family. The Nanev group is divided into:

Oral sources aver that, in a hunting exercise, two members of the Ademagba family of Mbayoo that killed a lion and tiger. In those days, when there were no schools for the elders to acquire certificates, these feats were highly recognised.

Ademagba had two sons; Adikpo and Bur. Even today, almost all the influential people from the Mbayoo section are from the Bur and Adikpo families. For example Bur gave birth to among others, Antse and Aberaka. Antse was the father of Adanyi and his siblings; Adanyi Antse Bur Ademagba, at the twillight of the 20th century, was one of the greatest community leaders who made sure that the town of his forefathers had the requisite peace and development it needed. If in 2004, crisis took over the town, it was because, men like Adanyi Bur had died.

Bur Ademagba also fathered Aberaka. Aberaka was the father of Akpoo and Sambe. Akpoo gave birth to amongst others, Asom and Iorhemen; Asom Akpoo Aberaka Bur, would become popular as a seasoned administrator who was also a deputy governor. His brother, Sir Cepahas Iorhemen Akpoo was an educationist and a sports philosopher. The Sambe family too produced great men with:

It is impossible to write all the great men that have come out of these two families, but it only underscores the point that on the eve of the installation of the Nanev District administration in 1914, the choice of Adikpo was well thought of.

We might not know when Adikpo was born, but there are colonial records to the effects that he died in 1920. After which two of his sons succeeded him. Jia Adikpo was the district head of Nanev from 1921 to 1925; and Ikpato Adikpo from 1929 to 1936. This was a rare honour; he also showed how the colonists respected the Adikpo Ademagba family.

By the time Adikpo died in 1920, the Missionaries had not come. By implications, there were no schools, no churches; there was not even Adikpo market. What is today known as Adikpo market, according to oral sources; might then be around the site where you have Gube market, in Usar area. It was when Ikpato became chief that it was moved from Usar to its present site.

So what was Adikpo’s greatest legacy?

Adikpo, is likely to have supervised and produced labour for the construction of the Obudu Katsina-ala Road. The white people had arrived Obudu around 1909 and desirous of linking Obudu with the economic opportunities of the Kastsina-ala port started the construction of the link road at about the time Adikpo became a chief in 1914 and by 1917, shortly before Adikpo died,the road was almost ready.

According to Dr EC Ayangeor, this road laid the foundation of Adikpo market and town. Because the road opened the town to outsiders and foreign influence at quite a strategic period in the history of the area.

Although he lived when the Whitman brought photography to Tivland, yet pictures of the man Adikpo have not survived, not even those of his great son, Ikpato who died recently in 1936. Yet as 2014 marks exactly 100 years that Adikpo Ademagba Aisa was made a chief, the road he supervised still stands; a town is named after him, the headquarters of a local government too. More so, in every generation, there is an Adikpo who is ready to achieve a great feat and project the name. After 100 years, we can say the legacy leaves on. What’s more, the Grave of Adikpo stands somewhere clearly in the market named after him, where people can see and see here lies Adikpo Ademagba Aisa who ruled his people from 1914 to 1920.