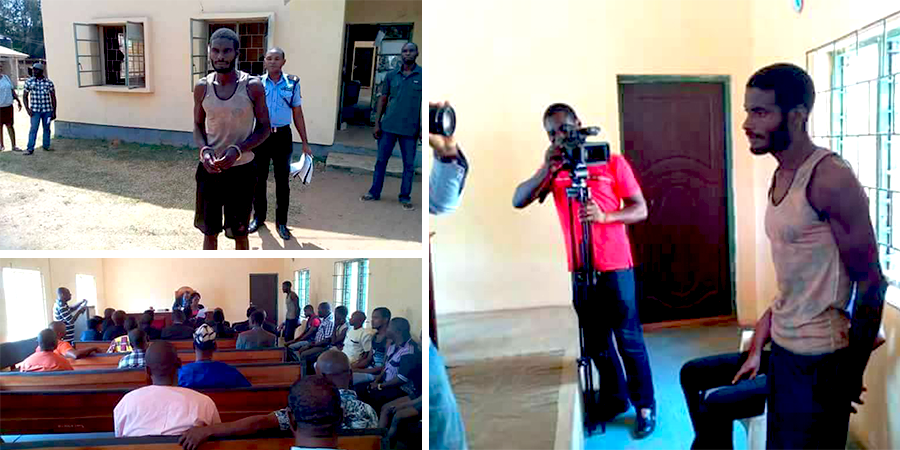 When the case was mentioned, the Prosecutor Asp Imo Edward told the court that on the 2nd November, 2017 at about 0730hrs, the DPO Logo Division received a distress call from the unit commander Police mobile force 13 squadron on special duty at Ayilamo that some Fulani herdsmen stormed Azege village shot and killed one Ortse Kwaghdoo aged 40yrs and also shot one Mr. Akaa Hingir in the chest and he sustained serious injury.

He said during Police investigation, one Mallam. Gambo Ibrahim Mohammad was arrested and a locally made pistol was recovered from him.

No plea was taken on want of jurisdiction

The accused was remanded at the Federal Prison and the case adjourned to February 9th, 2018 for further mentioning.

It would be recalled that the Anti Open Grazing prohibition and Ranches Establishment Law was signed by Benue State Governor, Samuel Ortom, on the May 22nd, 2017 but went into effect on November 1st, 2017.

Mallam Gambo who committed the offence on the November 2nd, 2017 is the first offender since the law came into effect.

When contacted, the Attorney General and Commissioner for Justice Barr Micheal GUSA said the law is made to protect both herdsmen and farmers and it would not spell anyone who breaks it. He urged the public to report trespasses to security agencies and the Livestock Guards and warns against people taking laws into their hands.