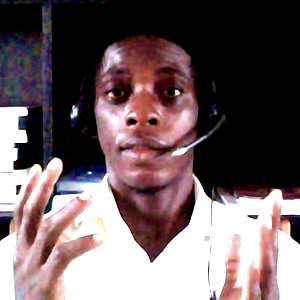 Terna is a Certified Facilitator – RoboRave Nigeria, a Robotics Education and Competition focused organization which is part of the global body of robotics players in 17 countries; working in collaboration with the United States Consulate, Lagos, Nigeria to deepen current in country efforts to inspire the growth of STEM talents. He has a Bachelor of Arts (B.A) in English Degree from the prestigious Benue state university (BSU) Makurdi, Benue State, Nigeria. A Fellow – African Changemakers Fellowship; Global Youth Ambassador Program and Young Aspirant Leadership Fellowship, and member of the Rosa Parks Information Center (Public Affairs Section, U.S Embassy Abuja), World Youth Alliance, Young African Leadership Initiative (YALI), others. Some of the Youths-focused programs that Terna has participated in include CYMMY Associate’ Reading and Research Program, Youngstars Academy (CEFRRED) Leadership Coaching and Entrepreneurship Development Training (Central Bank of Nigeria/Africa Leadership Forum Joint Program). Terna has gained valuable Experience working with ACCIONA Producciones y Diseño, as a TechnicalAssistant; installing Audio/Visual Operating System and Mounting Artifacts, at the Olusegun Obasanjo Presidential Library, Abeokuta, where he also served on the Archive Ad-hoc Team to documenting Museum Artifacts previously. He is a volunteer at U-Report Nigeria, Sustainable Development Goals Action in Africa (SDGsACT Africa) ONE, and contributor – IamBenue platform; a non-partisan community without ethnic boundaries that aims for togetherness which would contribute greatly moving Benue forward. 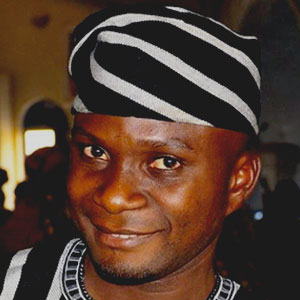 Anwo Iordepuun Godfrey is the first of five children born to Mr and Mrs Clement Hungwa Anwo, a retired civil servant who worked with the Benue State Polytechnic Ugbokolo.

I am from Vandeikya Local Government Area of Benue State.

Godfrey served his NYSC programme at the Jalingo Catholic Bishop Secretariat having been elected as the general secretary of the National Association of Catholic Corps Members (NACC), Taraba State Chapter during the Orientation Camping.

Godfrey’s love for Physics and Mathematics motivated him to apply for Engineering to our prestigious University of Agriculture, Makurdi where he studied Electrical/Electronics Engineering.

In 2008, he graduated excellently as one of the best both in the department and college levels, winning the University Scholarship for outstanding undergraduates till graduation.

He was the head of the final year forum of the Catholic Chaplaincy, the biggest Christian group on campus.

where he was the Library Prefect and graduated in 2001 as the best graduating student having obtained the best results in both WASSCE and NECO.

Benue State Polytechnic Staff School Ugbokolo from 1988 to 1995 where he was known for his very brilliant performance.

My hobbies and family

He is in a relationship with Ene Agnes Ogwuche, a botanist from the University of Maiduguri and an indigene of Ohimini Local Government Area of Benue State. 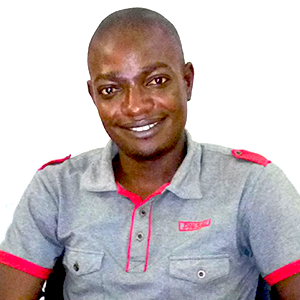 I am a talented young engineer with the goal in life to inspire youths towards issues that could promote development through sustainable empowerment programmes.

I was born around early 1980s in Gboko, Benue State of Nigeria.

Terzungwe is a graduate of the famous Federal University of Agriculture Makurdi, Nigeria, who served his country Nigeria under the platform of National Youth Service Corps (NYSC). He has also gain leadership and entrepreneurship training with IPAC and SLI Akure, Nigeria.