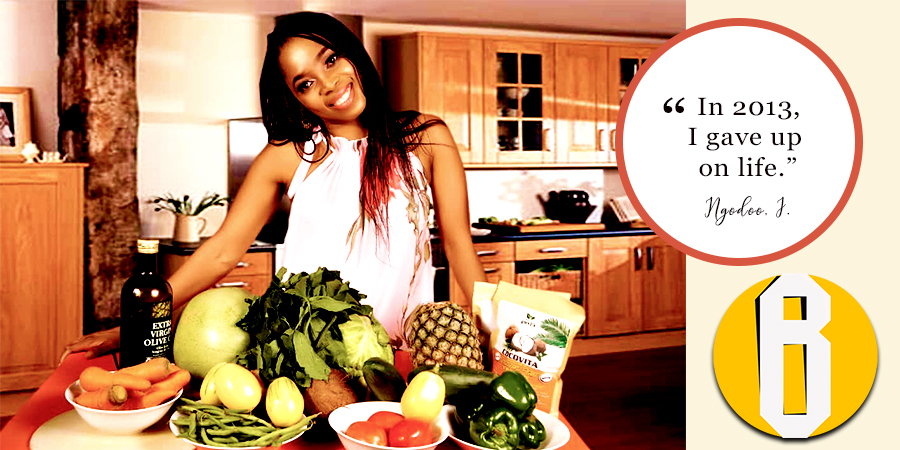 I am Sussanna Ngodoo Jacob and this is my story: I was dancing at a friend’s party in Jos, Plateau State IN 2002, then I suddenly fell to the ground and could not get back on my feet. I was rushed to ECWA hospital, subsequently to Jos University Teaching Hospital, and then to Bima orthopaedic hospital. After a couple of x-rays, they confirmed that I fractured my femur because the bone was brittle and could no longer carry my body weight.

Then I was referred to Lagos University Teaching Hospital, LUTH where I was finally diagnosed with Osteosarcoma (bone cancer). But at the time the required surgery was too advanced to be performed at LUTH therefore, I was referred to Vincent Pallotti Hospital in Cape Town, South Africa. Where I eventually had a total femur replacement in September of 2002.

After careful analysis and deliberations, my diagnoses changed to a rare form of cancer in 2004.

The surgery was supposed to be done in weeks and within a month to return to Nigeria. Unfortunately, I experienced many complications that required multiple surgeries, 40 units of blood, many days in the ICU to save the leg and my life. I became the second longest in-patient in the history of the hospital after three months that my doctor suggested should be discharged to continue treatment as an outpatient. I was informed of the bad news, that the longest person did not make it which as a result there was panic on the grapevine. To the glory of God, I made it!

I was cleared of cancer since they saw no traces of spread after running all the required test. And my doctor felt a break will do me good emotionally and help speed up my recovery. Therefore, in January 2003 I returned home to Nigeria to spend time with family and friends before I returned to continue and finish up with physiotherapy.

Returning to Cape Town after a couple of months for the physiotherapy, I was informed been misdiagnosed! According to my doctor that, the biological nature of Osteosarcoma is such that the leg should have greatly increased in size or even exploded during the eight months I was moving from different hospitals in Nigeria. After careful analysis and deliberations, my diagnoses changed to a rare form of cancer in 2004.

that my life will be shortened due to cancer!

All I remember about the rare form of cancer was the fact that it happened to people in their 50s. And above all, this meant that the tumour in the leg was not the primary site, it had spread from the primary site to the leg. Dr Keith Hoskings, my reconstructive surgeon then referred me to Jacqueline Hall, an oncologist at the Southern Cross Hospital Wynberg Cape to begin another round of treatment immediately.

Because the tumour was not susceptible to chemo, and the primary site was in an inoperable site, the only treatment option was Radiotherapy. After 14 sessions and an additional six aggressive sessions of Radiation therapy, I was left with a very sore midsection. A couple of weeks later it was time to consult with my oncologist for the progress report. I recall my meeting with my oncologists as if it were yesterday. On that warm Tuesday morning in April of 2004. Dr Jacqueline Hall (currently working at the Vincent Palloti Hospital in Pinelands Cape town South Africa) said to me that my life will be shortened due to cancer!

I was forced to take a back seat and watch life pass me by!

Burden by fear and sadness I took to the bottle, cigarettes and excessive partying. Years later, in 2012 I started a very stressful job at the presidency. I guess the accumulated effect of my careless lifestyle began to surface. My health began to deteriorate.

By the following year in 2013, it slowly worsened, and I was forced to take a back seat and watch life pass me by. At this point, I completely gave up on life and I was waiting for the chariot to swing low and carry me home…

Sometime in September of 2014, a dear friend Dr Jimme Jinadu, a naturopath came by, on seeing my state he advises me to change my perspective on life, suggesting that I improve my dietary habits and lifestyle in general. Getting on board his suggestion was a daunting task at the time, but I guess my desire to stay alive propelled my efforts. I slowly began to adjust to this new idea, even at that, it was still hard to fully embrace this new routine.

When you embrace this fact, you will understand that it is not over no matter your health situation.

Having enjoyed junk food (Yahuza Suya) every single evening, and suddenly, it was now about vegetables and lots of it never mind. Every day I did salads twice a day, drank a combination of juices of raw vegetables all through the day on the hour 6-8 times at least; and I ate only one cooked meal each day, along with plant-based supplements and so on. While at it I also quit smoking and drinking!

Some three months down the line I began to feel the strength in my weak limbs, which encouraged me to continue and soon it became second nature. At this point, my spiritual life had also become vibrant. I heard clearly in my spirit that while I await my complete restoration, I should go out there and share my experience with others, thus the idea of starting nutrition, advisory retail and multimedia company called “Wellness Crusaders” was born!

My passion for nutrition stems from the realization that our cells are not our fate but only our disposition. By choosing to live a healthy lifestyle we can largely control the genes expressed. When you embrace this fact, you will understand that it is not over no matter your health situation. With adequate knowledge and the right dietary attitude, we can all benefit from the amazing therapeutic value of foods!

Live Nourished: is nutrition and Healthy Lifestyle show. We create nutrition, health and lifestyle awareness in an easy and fun way to assimilate.

The show comes in three Segment